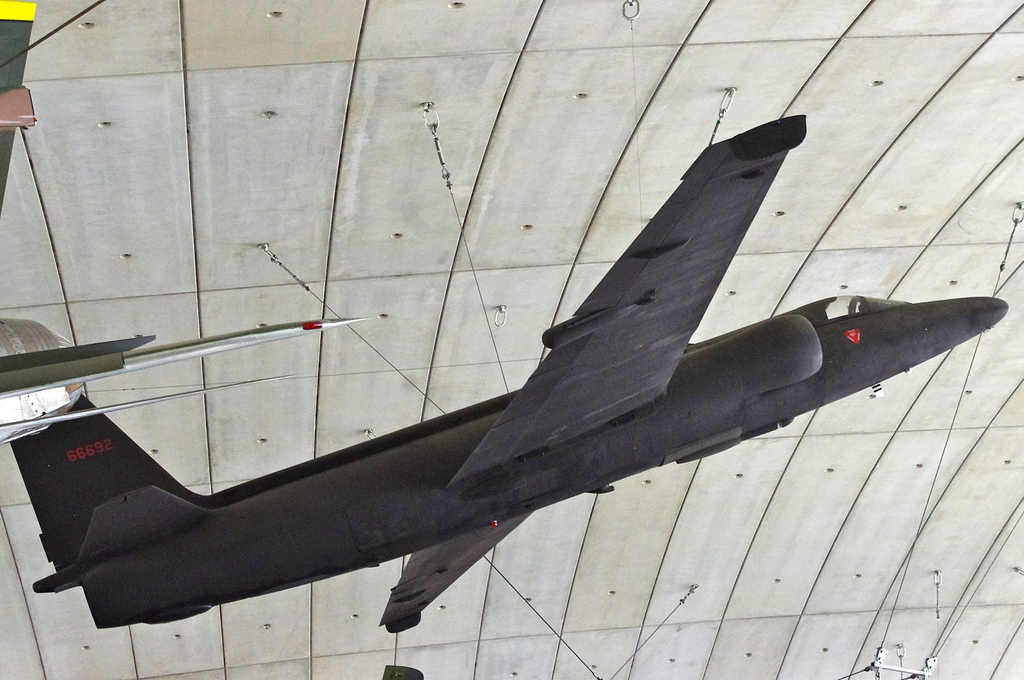 February 1960: The US Olympic hockey team upsets the Russian team, the defending medal winners from 1956, in Sun Valley, California.

May 1, 1960: The Soviets shoot down the U-2 reconaissance plane piloted by US pilot Gary Powers over the Urals. The embarrassed US first tries to pass off the plane as “weather observation.” But, caught red-handed, Powers admits he was taking pictures of Soviet airfields.

May 18, 1960: Khrushchev confronts Ike at the Paris peace talks about the U-2 fiasco. He demands an apology. Ike is infuriated and refuses. The next day Khrushchev leaves the talks, but not before giving a 21/2 hour press conference full of vitriol and outrage. The Cold War is back in deep freeze.

The U-2 incident dominated the news in 1960. To many, Khruschev overreacted. According to Vladislav Zubok and Constantine Pleshkov in their book, Inside the Kremlin’s Cold War: From Stalin to Krushchev, Khrushev knew, early on, that the U-2 incident might ruin the upcoming summit in Paris. He set out to lay “a kind of trap for the White House, and he “did it with relish.”

The trap, of course, was to make the US lie about the flight, and then present evidence of American espionage to the world, including the pilot, Gary Powers, who survived the crash.

Despite this plan, Khruschev viewed the American President Dwight Eisenhower as a “sober and peaceful man.” He had trouble believing that Ike would plan a U-2 flight deep into Soviet territory on May Day. In fact, Khruschev thought the US was inferior to the US in technology.

Actually, the U-2, a high-altitude spy plane, designed by Lockheed and operated by the CIA, had carried out many missions since 1956, obtaining many Soviet military secrets. The worst insult for Khruschev was a U-2 flight on April 9, 1960, on the eve of his birthday and 21 days before the May Day mission. The plane photographed the Soviets’ three most strategic installations: the nuclear test site in Semipalatinsk; the anti-ballistic missiles complex at Sary Shagan; and a space complex at Tyura-Tam.

Soviet air defenses tried, but failed, to bring the plane down. Khruschev was furious! But the success of Soviet technology on May 1 gave Khruschev a chance to teach the arrogant Americans a lesson and humiliate them on the eve of the summit.

On June 6, the Soviet Secretariat approved a plan

to make use of this newly complex situation and to carry out . . . measures targeted at further discrediting CIA activity and compromising its leader, Allen Dulles.

An array of resources — psychological warfare, defamation, and complex intelligence operations — were directed to this goal. All took place after Khrushev sabotaged the Paris meeting. As for Ike, the president took personal responsibility for the reconnaissance flights but refused to discontinue them. After Eisenhower’s acknowledgement, Khruschev was unable to continue dealing with him because he wanted to avoid a public loss of face.

In his memoirs, Khruschev  recalled his fear that the Soviet Union would be humiliated.

If the Soviet leadership would allow the United States to ‘spit in [their] faces,’ that would be tantamount to acceptance of American arrogance. That, in turn, ‘would have highly damaged our authority in the eyes of world public opinion, especially our friends, Communist parties, and those countries that struggle for independence.

This may have been the first time that Khruschev made clear his determination that the Americans would not be allowed to “spit in the face” of the Soviet military-industrial complex any longer.

Khruschev made up his mind about the summit at the last minute. When he arrived at the airport, the official instructions of the Soviet delegation were still to make a serious attempt to negotiate with Western powers on Germany, disarmament, and other issues. Suddenly he told the Presidium members who had come to see him off that he believed the old instructions should be scrapped. Any negotiations with Eisenhower would begin only when Ike apologized for the flights. That was not going to happen.