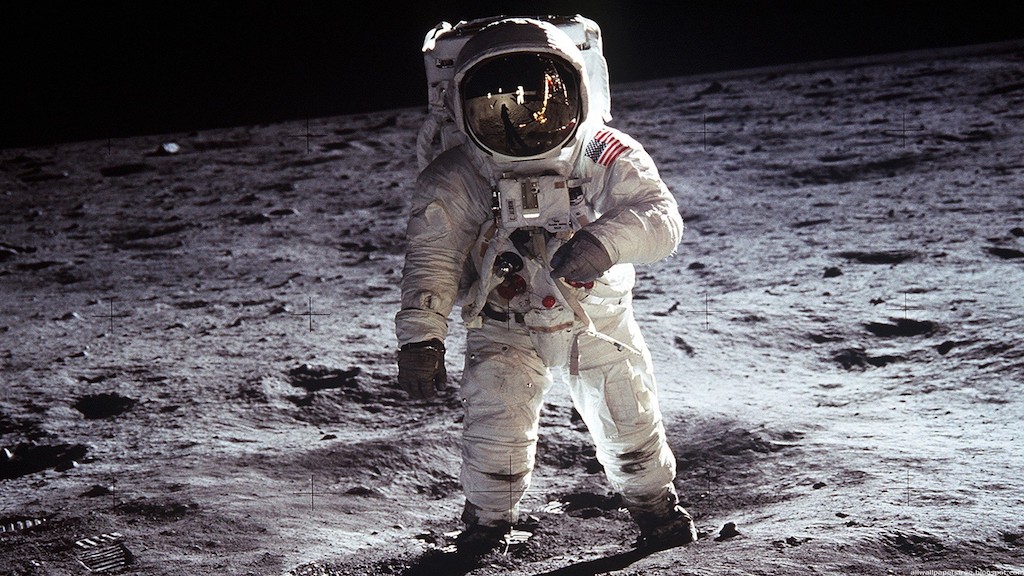 The Cold War spurred two parallel contests: the arms race and the space race. These stand-offs raised tensions worldwide and gave rise to a sense of anxiety that permeated all aspects of daily life. In the West, even fashion reflected an on-going fear of communist infiltration, alien invasion, spies, and the Space Age. From the bikini to the spacesuit, designers integrated the themes of the day into their couture attire.

On July 5, 1946, the atomic bomb was introduced to the Paris fashion world in the form of the bikini. The new fashion was almost as shocking as the public’s persistent fear of global annihilation. You can read all about the introduction of the Bikini in our post titled It’s July: Bikini Days Are Here.

The protective clothing of cosmonauts and astronauts inspired fashion designers of the 1960s who were fascinated by the idea of the spacesuit as life-sustaining and protective. They thought that the dangers of modern life could be countered by high-performance clothing that was self-supporting. Also known as astronaut fashion, the success of the Apollo 11 mission in 1969 encouraged couture designers like Paco Rabanne, Pierre Cardin and Thierry Mugler to center entire collections around an intergalactic vision of the future.

If you want to dig deeper into Space Suit Fashion, do a search online for Fashioning Apollo. You’ll find multiple PDFs. Click here for a sample.

You can also find the book, Fashioning Apollo, published in 2011, on Amazon. Adam Gopnik says it’s “The most delightful and memorable new book I read last year…”

Driving the idea of ‘future fashion’ were concerns like conflict, nuclear fall-out, pollution, the need for communication, and the threat of surveillance. The idea was to insulate the wearer from the threat of the new. Such clothing included sci-fi mini dresses and knee boots, tunics and jumpsuits, accessorized with helmets and visors, balaclavas and armor-plating. The look was led by the London designer Mary Quant and was topped off by the helmet like hairstyles of Vidal Sassoon. Want to see more? Click here.

To some designers, Cold War science, especially the discipline of cybernetics, provided a way to meld the body with technology. Some thought that the human body would be invaded by mechanical and media technologies grounded in dystopian fantasy. Take a look at Rudi Gernreich’s plastic armor or Diana Dew’s electroluminescent dresses. (Photo courtesy of Pinterest.)

“Much of tomorrow’s wearing apparel may be made out of treated paper, intended for  use a few times, then for discard. The Quartermaster Corps is already investigating the use of such processed paper for parachutes, disposable uniforms, pup tents, and other shelters. It wears well, and its insulating qualities make it usable in all kinds of weather.”

Synthetics became synonymous with affordable clothing, and were associated with modernity and youth. The new materials were crease-resistant, machine-washable, and quick drying. Referred to as “wonder fabrics,” they were most often by-products of chemical research undertaken for military, aeronautical, and space purposes. The new synthetics were also thought to be disposable. Rapid obsolescence was a fundamental characteristic of product design in the US in the 1950s, and clothing was no exception. This phenomenon attracted critics like the author Vance Packer, whose book The Waste Makers was published in 1961. These fabrics were also quite popular in socialist countries.

Jumpsuits: Stretch nylon jumpsuits, PVC boots, and uniform insignia were made popular by television shows like Star Trek (from 1966) and The Avengers (1961-1969). The jumpsuit was unisex, usually made from synthetic materials, and thought to be highly utilitarian. It permitted the body to move freely, so it was perfect for the high kicks and karate moves characteristic of the Emma  Peel character in The Avengers. The body stocking and cat suit were closely related. (The Avengers is available for streaming on Amazon Prime. Here’s a clip from Emma Peel’s first appearance on the show.)

By the end of the 1960s concerns about over-consumption, militarism, and the environment were front and center. Gone was the space age optimism of the mid-1960s. This was now replaced in fashion by references to hippie and protest culture, flower power, and the dress codes of marches and ‘sit-ins.’ Reflecting the new reality, in 1970, Alvin Toffler’s book Future Shock hit the bookstores, with its fear of rapid technological change, the breakdown of the family, and the loss of social cohesion. He used some of the fashions of the decade – miniskirts, PVC boots, paper dresses – as signifiers of social decline. Along with other contributors, futuristic fashion lost its sheen.  (Photo by Duchess Flux on Flickr.)

What about fashion in the Soviet Union? Did it reflect the same trends?

In the end, fashion was a trait that was shared by the two superpowers. Russian ethnic prints, pushed in propaganda by the Soviet Union, managed to become popular in the West, and a strong black market was successful in the East. Levi jeans were especially in demand.

After 1956, Soviet magazines could report on Western fashions, new fashion stores opened, and regular fashion and trade shows were held, all in an attempt to create a Socialist counterpart to Western consumer capitalism. Although this is interesting, it’s a story for another day.