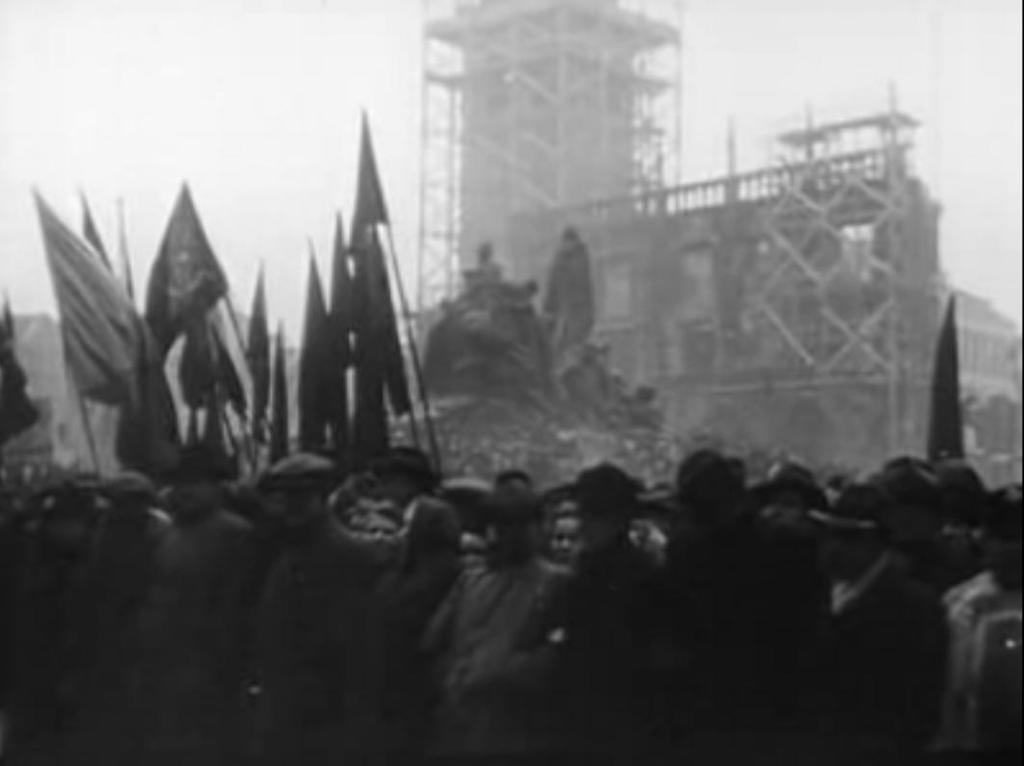 Soon after World War II ended, American and Russia took center stage in world affairs. Both of them declared war on the colonial system, and soon the Third World was caught up in a new ideological struggle.

The Third World was to be torn apart by its own dogmatic civil wars, mirroring the contest of the superpowers. As Peter W. Rodman notes in his book More Precious Than Peace:

Third World societies would often find themselves split between moderates and radicals, between the middle- or upper-class elites whose dream was to be part of the civilized world (the Habib Bourguibas and Leopold Senghors) and the revolutionaries who saw the Western-dominated ‘civilized world’ as still the main enemy (the Ho Chi Minhs and Fidel Castros).

Each superpower looked for clients and proxies among the developing nations as well as within them.

. . . The USSR is effectively exploiting the colonial issue and the economic nationalism of the underdeveloped areas as a means of dividing the non-Soviet world, weakening the Western Powers, and gaining the good will of colonial and former colonial areas.

In Western Europe, the weakness of postwar democracies heightened America’s anxiety that the Communist parties would dominate the Western half of the continent as well.

The US President, Harry S. Truman, perceived that “America had no choice but to step in with an extensive program of economic and military assistance. On March 12,1947, he spoke before a joint session of commerce stating:

I believe that it must be the policy of the United States to support free peoples who are resisting attempted subjugation by armed minorities or outside pressures.

Arguably, Truman’s statement applied globally, not just to southeastern Europe. Precedent was set when two months later (in May) Congress voted on an aid program for Greece and Turkey.

In June 1947, the Marshall Plan was announced in Secretary of State George Marshall’s commencement speech at Harvard. This was seen as a response to the advances of Communist parties and communist-led labor organizations in Western Europe.  Congress passed an initial appropriation in December 1947.

The Truman Doctrine and the Marshall Plan were the Truman Administration’s efforts to contain the Soviet threat, reinforcing the belief that economic hardship would not provide a fertile environment for rebuilding the political and economic institutions damaged during the war.

Two years later, in April 1949, the North Atlantic Treaty was signed in Washington. This was seen as the West’s response to Stalin’s brutal suppression of Eastern Europe, especially the Czechoslovakia coup of 1948. The stability and recovery of Western Europe now required American’s participation in European Defense. Financial aid was not going to be enough.

Stalin’s pressure on Europe had provoked American intervention. The danger of political collapse in Western Europe was real, and the increasing brutality of Stalin’s actions in Eastern and Central Europe heightened the growing sense of danger.

Outside of Europe, the situation was a bit murkier. Truman had articulated a doctrine that could draw us into engagements all over the world. Meanwhile, Stalin’s policy was unclear.

So far as the Soviets were concerned, the United States and its allies formed the core of the ‘imperialist camp’, while the Soviets made up the ‘anti-imperialist camp’. Some individual countries (Egypt, India, Indonesia, Vietnam) were sympathetic to the Soviets, while most nations in the Near East and Latin America were relegated to the imperialists.

According to Stalin, only the Communist parties were reliable champions of national liberation. Nationalists were not to be trusted and the idea that states could be neutral, or a “third force” between the two sides was “a rotten idea . . . that only served the interests of imperialism.”

1949 brought two game changers. First, the Soviets exploded an atomic bomb in August. Then, the Communists achieved victory in China in October.  These events were followed by Communist North Korea’s surprise invasion of South Korea in June 1950.

The Truman Administration decided that it would be dangerous to allow the Soviets to commit aggression in the Third World. There was now a new geopolitical reality, and a US policy fixated on Europe was no longer deemed adequate.

the  military buildup that the United States undertook after the North Korean attack was the most decisive step in its emergence as a global military power.

In April 1950, Truman and his National Security Council had approved NSC 68 which expressed alarm at recent Soviet advances — Europe, the bomb, China. A follow-up report, NSC 73/4 in August 1950 warned:

. . . the invasion of South Korea ‘should be regarded not as an isolated phenomenon but possibly as part of a general plan which might involve correlated action in other parts of the world.

Korea provoked a response. America committed to a global role, including outside of Europe.

Total defense spending more than tripled in the first year of the Korean War.

The Cold War in the Third World had begun.

Conversation Starters: Here are a couple of questions to consider. Feel free to add your opinion in the comments.

How important are America’s alliances — are they still relevant in our world today?

Was it important for America to project military power around the world? Is it still important today?

More Information: For more information on the early Cold War, be sure to listen to our podcasts.

The Truman Doctrine and the Marshall Plan