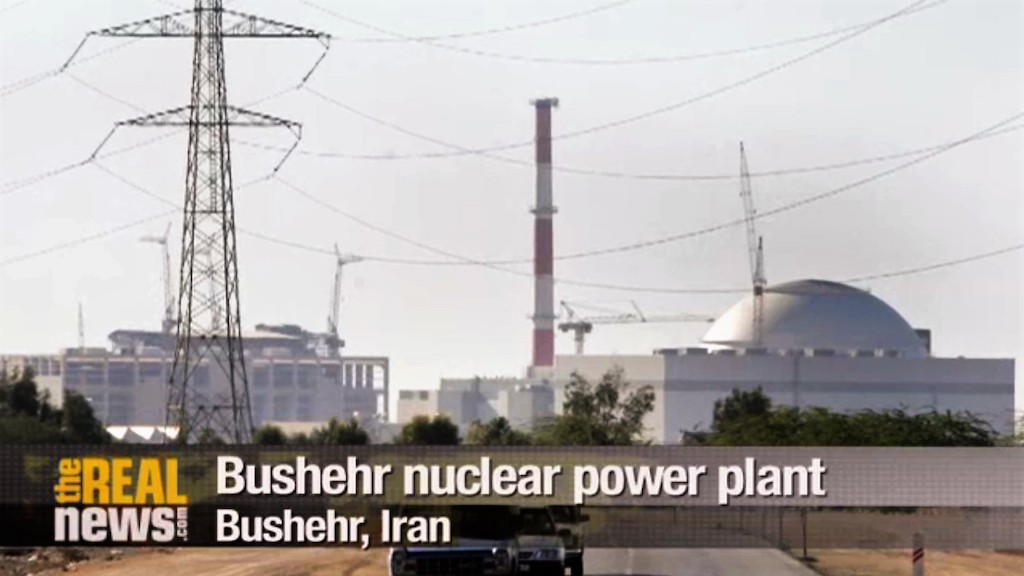 1953: Eisenhower delivers his Atoms for Peace speech to the UN General Assembly in New York City on December 8. Atoms for Peace is an initiative designed to provide countries with peaceful civilian nuclear technologies. The intent is that this will prevent the pursuit of military nuclear programs. Beneficiaries include Israel, India, Pakistan, and Iran.

1957: The US begins working with Iran to launch its nuclear program.

1967: The US builds a nuclear reactor on the campus of Tehran University and provides Iran with fuel for the reactor — weapons-grade enriched uranium.

Mid 1970s: The shah’s government pays for dozens of Iranian students to attend Massachusetts Institute of Technology to study nuclear engineering. The majority of these students return to Iran and start running the nuclear program. The MIT trainees have been central to Iran’s nuclear program ever since.

1970s: US diplomats begin negotiating to limit Iran’s nuclear program; Iran under the shah insists it has the same right to nuclear power as any nation.

1979: The shah is overthrown and a new Islamist government led by Ayatollah Ruhollah Khomeini takes power. The clerics in power do not initially embrace the country’s existing nuclear infrastructure. To them, “Iran’s nuclear program encapsulates Iran’s struggle with modernity.” After the revolution, the program “came to symbolize the kind of rapid modernization that was riddled with corruption and ‘West-toxification.’”

“Ayatollah Khomeini famously said the unfinished nuclear power plants in Bushehr should be used as silos to store wheat . . . they were abandoned as a costly Western imposition on an oil-rich nation.”

1980s: As part of the Iran-Iraq war, Saddam Hussein’s forces repeatedly bomb the Bushehr nuclear facility which is not operational at the time.

Early 2000s: Iran offers to discuss the future of its nuclear program, even reaching a deal with European powers. The US under Bush does not sign on. Efforts to reach a deal fall apart, and Iran begins building thousands of centrifuges that can be used to enrich uranium.

Iran under Khomeini had rejected the program as a symbol of the corrupt West. Now, more than a decade after his death, the nuclear program is becoming a symbol of Iran’s defiance of the West. A new sense of nationalism is created.

2001: Israel has been warning that Iran is making dangerous nuclear progress. American concerns intensify in the years following September 11, 2001.

2008: In an interview with NPR, Ahmadinejad insists that Iran has a right to a nuclear program.

2009: Ahmadinejad is re-elected in a disputed vote. Protests erupt. The economy is in steep decline.

President Obama’s administration tries to negotiate a nuclear deal. When talks fall apart, the US and other powers intensify sanctions.

2013: Amid growing unrest, Hassan Rouhani is elected president. He pledges to improve relations with world powers. Meanwhile, Iranian diplomats are already quietly meeting with the US.

Iran’s new foreign minister, Javad Zarif, argues that a deal is possible if Iran is allowed some level of enriching uranium. He says: “If you say that Iran should abandon its enrichment program, you cannot abandon science. You cannot abandon technology. We have learned this. So the best way is to make sure that this technology is used in a transparent fashion for a peaceful program.”

2015: The Obama administration eventually accepts this argument. The emerging deal ensures that Iran’s nuclear activity will be limited, inspections will verify, and economic sanctions will be lifted.