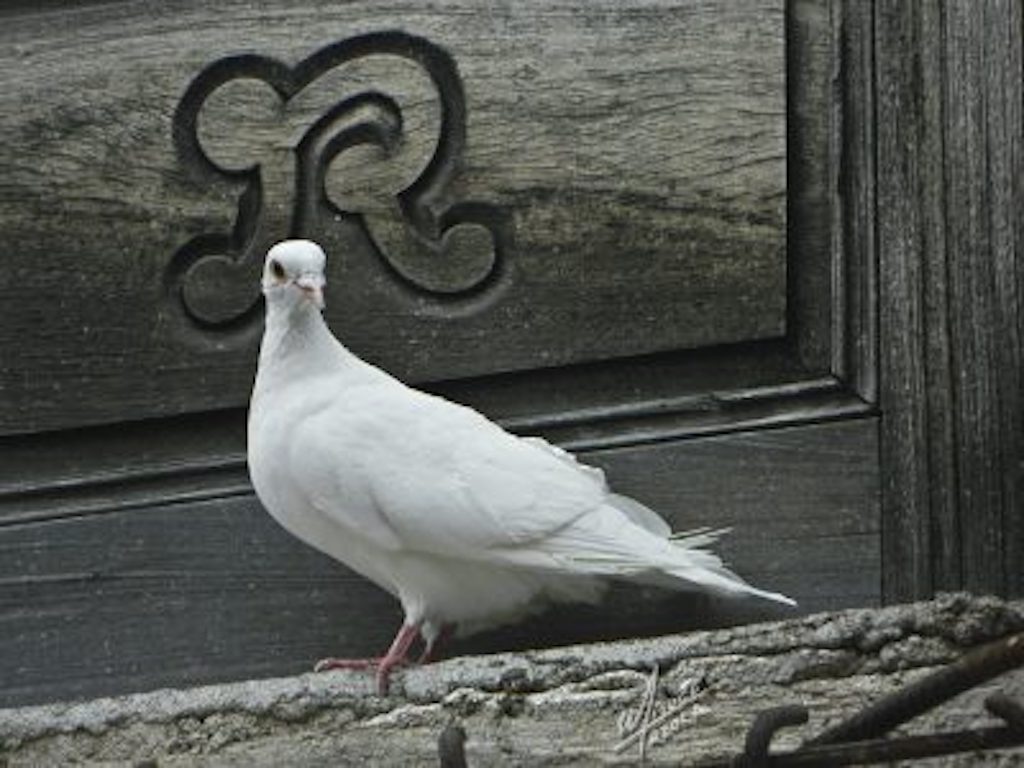 Over the course of New Year’s Eve on Dec. 31, 1958 and January 1, 1959, the reigning Cuban dictator, Fulgencio Batista, abdicated his position as a result of the growing revolution led by Che Guevara and Fidel Castro, who replaced the government with a revolutionary socialist state.

Fidel Castro — popularly named “Savior of the Fatherland” and “Maximum Leader” — reached Havana  on January 8, 1959, a day after the US extended diplomatic recognition to his revolutionary government.

In their book, The Cuban Insurrection 1952-1959, Ramon L. Bonachea and Marta San Martin make a surprising claim. They say that believers in santeria saw in Fidel the reincarnation of previous leaders like the great nationalist Jose Marti who had been sent to save the nation and the people at a time of crisis. These devotees placed their special ‘protections’ along “the leader’s” path, and banners and flags hung from almost every building in Havana.

Fidel stopped at the Presidential Palace on the eastern side of the Almendares River and then crossed the river, marching toward Marinao and Camp Columbia. While the guerilla leader addressed the nation, several white pigeons, symbols of peace, were let loose. One of them circled above Castro’s head and gently landed on his shoulder.

Very few people in attendance doubted that Fidel Castro was, indeed, a man with a mission.

None the less, Havana, relatively untouched by the Cold War and anxious to shed the trappings of violence and conflict, could not envision the path that the regime would ultimately pursue.

In the 2001 essay The Day Havana Fell, published in his book Havana: the Revolutionary Moment, the photographer Burt Glinn shares his first hand photographs of the Cuban Revolution. Click here to see the photographs. They are in gorgeous black and white, and not to be missed.

Havana, in 1959, reflected excesses and inequalities that were a consequence of the American business presence as well as foreign investment.

During the early Cold War period, Havana’s loyalty to the US had been taken for granted, and the government was considered a staunch ally in the fight against communism. From 1945-1959, Cuba could even be defined as a client of the United States if by cliency one refers to

a mutually beneficial, security-oriented relationship between the governments of two countries that differ greatly in size, wealth, and military political power. Clients reciprocate for the delivery of goods and services by either participating in . . . regional security plans or by accommodating to . . . desires on questions of international diplomacy and economic policy-making.

While one might debate the primacy of a Cuban-American ‘security oriented’ relationship during these early postwar years, it is hard to argue the issue of economic accommodation. Nevertheless, it is a strain to assert that the city was locked into a pattern of classic dependency in its association with the United States. It was clear, though, that to move forward Cuba needed to redefine its relationship with the superpower.

Still, the United States insisted on her unique relationship with Cuba, and the more privileged inhabitants of Havana were resistant to any reform that would threaten their many links to the American economy. For most ordinary habaneros, however, the situation was dismal.

Havana real estate had become a major investment arena, characterized by rampant real estate speculation in the post World War II period. As a consequence, at the time of the revolution, between 650,000 and 750,000 housing units were considered substandard, about one-half of the total stock of 1.4 million units. Six percent of Havana’s population lived in squatter settlements.  Much of the problem was linked to the shift to condominium construction financed by  the American business community.

Havana’s problems were exacerbated by the arrival of approximately 25,000 migrants per year who were relocating to the capital from less urbanized sections of the country.

Until the revolution, the City of Havana was the destination of about 45% of all internal migrants and, with a shortage of housing and with decent paying jobs in short supply, this group placed a disproportionate strain on the city.

Even though Havana’s growth rate during the 1950s was only two percent above that for Cuba as a whole, much lower than the same figure for most capital cities in Latin America, the city’s population density was 2,200 inhabitants per square meter. Not surprisingly, the capital showed little enthusiasm for the new arrivals.

Migrants named a variety of reasons for moving to Havana.  Many (32.4%) mentioned that they were in search of new jobs. Of this group, 36.1% had low levels of schooling, 26.8% had attended some high school, and 13.7% had some college.

So long as the construction sector continued to expand, it is probable that the poorly educated, primarily white male migrants could find employment. However, only 5% of the inadequately skilled new arrivals wanted to work in construction, the sector which offered the most jobs. Thus, those moving to Havana in search of work were the least prepared or willing to take advantage of the opportunities of the labor market.

As an aside, Havana had three fourths of all Cuba’s construction jobs. The capital employed 20% of the country’s active population: 41.9% of those employed worked in the service sector, 17.9% worked in commerce, and 6.2% held jobs in industry. Interestingly, until, 1960, almost all migrants to Havana who were active in the labor force were seeking agricultural work.

New migrants with professional or technical training were not seeking employment. Rather, they had come seeking a better quality of life. Still, housing was scarce and few migrants were able to fulfill their expectations.

The Vedado Section of Havana

As previously mentioned, most available housing consisted of pricey new condominiums, a form of shelter that few newcomers were able to afford. The condominiums were concentrated in the Vedado section of Havana where construction activities related to hotels and high rises were transformative from 1945-1959.

American investment in the Vedado area was not only focused on condominium and hotel development, it was also linked to a proliferation of underworld operations.  To this day Cubans living in the area can point out mob-associated structures and recount anecdotes about the mafia notables who hung out in the area.

Hotels constructed in the area between 1953 and 1958 include the Havana Hilton, Habana Riviera, Capri, Vedado, Flamingo, and others.

The Hotel Capri was a favorite haunt of Lucky Luciano and Meyer Lanski. This Mafia group is said to have supplied financing for the Riviera.

A 1958 law facilitated international transactions by Cuban banks and is said to have supported a growing drug trade and banking sector.  In any event, the city was a center of commercialized vice, much of it underwritten by US organized crime.

Havana was famous for its glitzy, Las Vegas style atmosphere, and American businessmen were attracted by illegal drugs, prostitution and the gambling casinos which were the city’s major industry.  Not surprisingly, there was a relatively high crime rate.  A vast informal economy centered on beggars and prostitution.

American financed projects in Havana’s built environment did not revolve around Cold War militarism. Rather, they reflected the imperatives of capitalism.  These included high rise apartment buildings with water views designed to  house American businessmen and wealthy habaneros, and 3 tunnels to facilitate automobile travel in the city.

One of the tunnels, built between 1955 and 1958, was 735 meters long and was drilled between Old Havana and Havana del Este under the harbor mouth to facilitate travel to the beaches east of the city.  Another tunnel connected the luxury hotel area of Vedado with the high income housing community of Miramar to the west. Additional public works projects were associated with highway improvement, public buildings, water supply, and airports.

Capitalism, rather than militarism, was the driving factor in the city’s relationship with external actors. On the domestic scene, however, the situation was different.

The urban underground centered at the University of Havana organized opposition forces in the city and eventually confronted the Cuban regular military, supplied, in part, by the American superpower. Through this vehicle, Havana had a primary role in the insurrectionary struggle which was identified at this time primarily with Cuban nationalism.

Havana’s built environment became a symbol of the conflict when, in January 1959, Fidel Castro arrived from the Sierra Maestra and set up headquarters on the 22nd floor of the 25-story Havana Hilton dislodging both reputable American businessmen and mafia associates.  The hotel became a symbol of the fight for cuba libre, was renamed the Havana Libre, and is an emblem of the revolutionary struggle to this day.