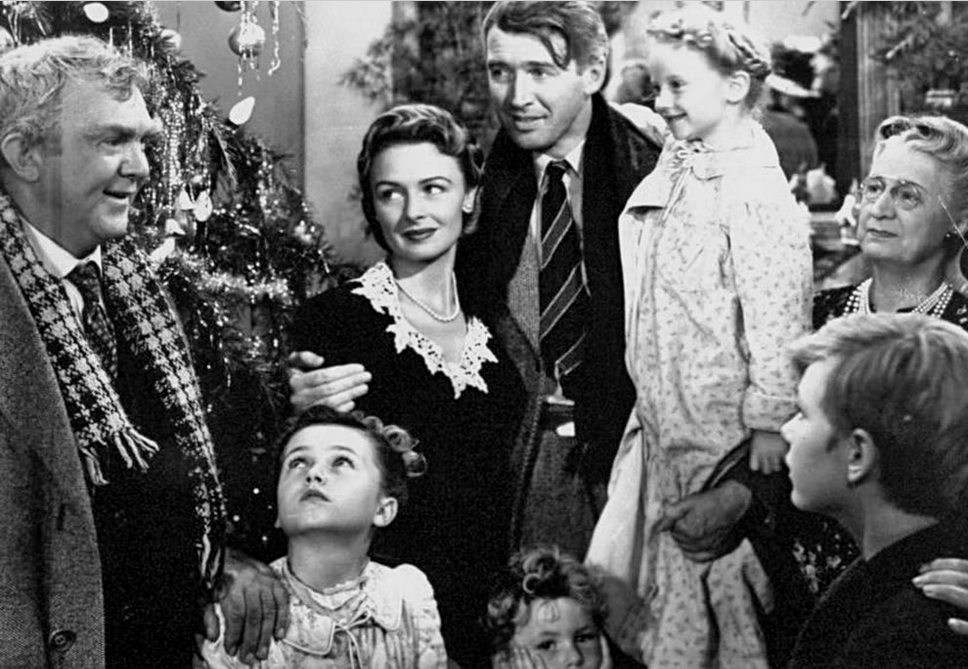 The Frank Capra film It’s a Wonderful Life is synonymous with Christmas – at least to some. But did you know that an FBI agent left the movie’s preview claiming that it was communist propaganda?

In case you’re not familiar with the story, It’s the tale of George Bailey, a down-on-his-luck businessman in the fictional town of Bedford Falls. George is about to lose his loan company to the rich, evil banker Mr. Potter. Bailey considers committing suicide on Christmas Eve, thinking that his family and the townspeople would be better off without him. But a guardian angel intervenes and shows the suicidal man how much he’s helped those around him.

The FBI saw It’s a Wonderful Life—and didn’t like it.

According to the website Mental Floss, in 1947, the FBI produced a memo asserting that It’s a Wonderful Life was a potential “Communist infiltration of the motion picture industry.”

The memo pointed out

rather obvious attempts to discredit bankers by casting Lionel Barrymore as a ‘Scrooge-type’ so that he would be the most hated man in the picture. This, according to sources, is a common trick used by Communists.

What’s interesting in the FBI critique is that the Baileys were also bankers . . .  . And what is really going on is a struggle between the big-city banker (Potter) and the small banker (the Baileys). Capra was clearly on side of small capitalism and the FBI was on the side of big capitalism. The FBI misinterpreted this classic struggle as communist propaganda.  (You can read the full memo on wisebread.com. )

After further industry probes, it was asserted that “those responsible for making It’s a Wonderful Life had employed two common tricks used by Communists to inject propaganda into the film.”

The first of these tricks involved smearing “values or institutions judged to be particularly American.” In the case of It’s a Wonderful Life, the capitalist banker, Mr. Potter, is portrayed as Scroogey.

The second trick was emphasizing “values or institutions judged to be particularly anti-American or pro-Communist.” The ‘glorification’ of George Bailey’s crisis, seen through this lens, was a subtle attempt to magnify the problems of the so-called ‘common man’ in society.

In the moment of post-war paranoia, even the idea of a community bank could be read as Communist. And George Bailey’s deep unhappiness in a quintessentially American small town life could be perceived as failure, which was broadly portrayed as Communist as well.

The FBI handed over the results of its investigation to the House Un American Activities Committee (HUAC), but for once the group chose to avoid a witch hunt and the film’s writers and director were not investigated. But the aspects of the film that raised FBI concern, are the very themes that have made it a Christmas favorite.

What do you think? I’d love to read your thoughts in the comments.