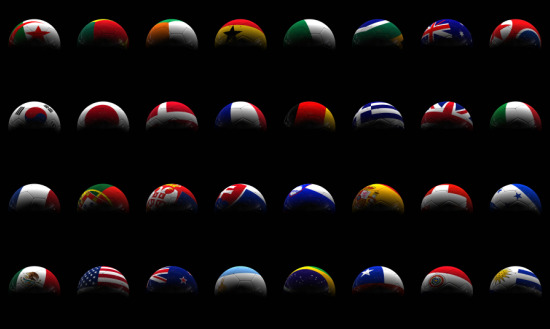 The 2022 FIFA World Cup begins soon with Qatar as host, and it’s full of controversy — Qatar faces Ecuador in the opening game.

So, once again, Cold War Studies is turning its focus to The Beautiful Game in the context of the Cold War.

The first FIFA World Cup, held in 1930, was a 13 team event held in Uruguay. Since then, the contest has expanded to 32 teams. It’s  preceded by a two year qualifying process involving almost 200 teams from all over the world.

The first goal in World Cup history was scored by Lucien Laurent of France.  The first World Cup hat-trick was earned by Bert Patenaude of the USA. (For those of you who don’t know, a hat-trick in soccer is when a player scores three goals in one game. But a goal from a penalty kick doesn’t count.)

This brings us to the Cold War!

Competition resumed with the 1950 World Cup in Brazil. The Cold War was in full swing by then and, for political reasons, Eastern European countries — Hungary, the Soviet Union, and Czechoslovakia — refused to participate. However, in a preview of  Cold War conflict to come between nations of the First (developed) and Third (developing) worlds, England and Chile faced off, with First World England dominating 2-0.

The 1954 World Cup, held in Switzerland, was the first FIFA World Cup to be televised. The Soviet Union didn’t participate, but Hungary did, achieving recognition as the highest scoring team. Despite its success, Hungary lost to West Germany in the finals (3-2); the match is known as the Miracle of Bern in Germany. Was it a harbinger of the West’s victory in the Cold War?

Brazil won the 1958 World Cup, held in Sweden, and became the first team to win a World Cup outside their home continent. The Soviet Union participated and, due to withdrawals, Israel qualified without playing a single qualifying match. This led FIFA to rule that qualification without playing was not allowed. Israel was ordered to play against one of the teams finishing second in the other groups. Israel played Wales and was defeated. Wales’ victory was the first (and so far the only) time that a country played a World Cup round after having been eliminated in the regular qualifiers. The tournament also saw the emergence of the Brazilian superstar, Pele, who scored two goals in the final. Brazil’s Cold War military regime wasn’t as enamored of Pele as the fans were, however. Eventually, he was investigated by Brazil’s 1964-1985 military dictatorship. The regime often probed leftists, as well as people suspected of being leftists.

Chile hosted the 1962 World Cup. Before play began an earthquake struck, the largest ever recorded at 9.5 on the Richter Scale, prompting officials to rebuild due to major damage to infrastructure. The competition was marred by overly defensive and often violent tactics. This poisonous atmosphere culminated in what was known as the Battle of Santiago first round match between Italy and Chile which Chile won 2-0. The Italian team needed police protection to leave the field in safety. In the finals, Brazil beat Czechoslovakia for the second World Cup in a row by a score of 3-1. It was another victory for an American supported regime in the on-going East-West patron-client rivalry.

The 1966 World Cup was hosted by England. South Africa was banned for violating the anti-discrimination charter through apartheid. The ban remained in effect until 1992 when the South Africa Football Association was finally accepted by FIFA. Controversy erupted when the African nations decided to withdraw in protest. They were offended when only one qualifying place was allocated by FIFA to the regions of Asia, Oceania, and Africa. The eventual qualifier from the zone, North Korea became the first Asian team to reach the quarter finals, winning at sports if not at war. England won the tournament with an extremely controversial goal over West Germany.

The qualification stages of the 1970 World Cup coincided with the so-called “Soccer War” between Honduras and El Salvador, a brief war fought in 1969 over  issues concerning immigration from El Salvador to Honduras. Further conflict surrounded Israel. For political reasons, that country was grouped in Asia/Oceana. North Korea refused to play them even though this meant automatic disqualification. The finals were held in Mexico. Brazil played Italy, and became the first nation to win three World Cups.

The 1974 FIFA World Cup was held in West Germany. Few western European nations qualified,and most of those who did were eliminated early. Politics kept fans from the” Eastern neighbor states” away. The Soviet Union was a no-show, having refused a play-off in Chile for political reasons. The Cold War world remained divided between East and West, North and South. East Germany, Haiti, Australia, and Zaire made their first finals. For many attendees, though, the most important thing to emerge from this tournament was the debut of the  revolutionary Dutch Total Football System. Still, West Germany won the competition by beating the Netherlands 2-1 in the final.

The 1978 FIFA World Cup was held in Argentina. The event was surrounded by controversy since a military coup had taken place in Argentina two years earlier. Nevertheless, no teams decided to stay away. Iran and Tunisia were first time participants. Tunisia won their first match against Mexico 3-1 and became the first African team ever to win a World Cup game. Argentina won the final 3-1 with the Dutch as runners-up for the second tournament running.

Spain hosted an expanded 1982 FIFA World Cup. The competition featured 24 teams, the first expansion since 1934. Cameroon, Algeria, Honduras, New Zealand, and Kuwait were newcomers. The match between Kuwait and France was full of surprises. With the French leading 3-1, the Kuwaiti team heard a whistle from the stands which they thought came from the referee. They stopped playing, but the French played on, and a French defender scored. As the Kuwaiti team was protesting the goal, the president of the Kuwaiti Football Association rushed onto the field and gave the referee a piece of his mind. The referee disallowed the goal, but the French scored again a few minutes later, winning the game 4-1. The final was won by Italy against Brazil.

Mexico became the first nation ever to hold two World Cups by hosting the 1986 FIFA World Cup. Canada, Denmark, and Iraq made their first finals. The quarterfinal match between England and Argentina, is remembered for two spectacular Diego Maradona goals, the first a controversial handball goal, and the second considered to be the Goal of the Century. In the final, Argentina beat West Germany 3-2, becoming the second team to win the World Cup outside their own continent.Too bad Argentina didn’t fare as well in its 1982 war against England over the Falkland Islands.

The 1990 FIFA World Cup was held in Italy. Cameroon, participating in their second World Cup, made it to the quarter finals after beating Argentina in the opening game. No African country had ever reached the quarter finals before. During the match between Brazil and Chile, a firework landed close to the Chilean goalie. He feigned injury by cutting his own face with a razor blade he had hidden in his glove. The goalie, Rojas, was given a 12 year suspension, and Chile was banned from the 1994 World Cup. The United States — now basking in its Cold War victory over the Soviet Union — qualified for the first time since their early Cold War qualification in 1950. West Germany beat Argentina 1-0 to claim their third title.