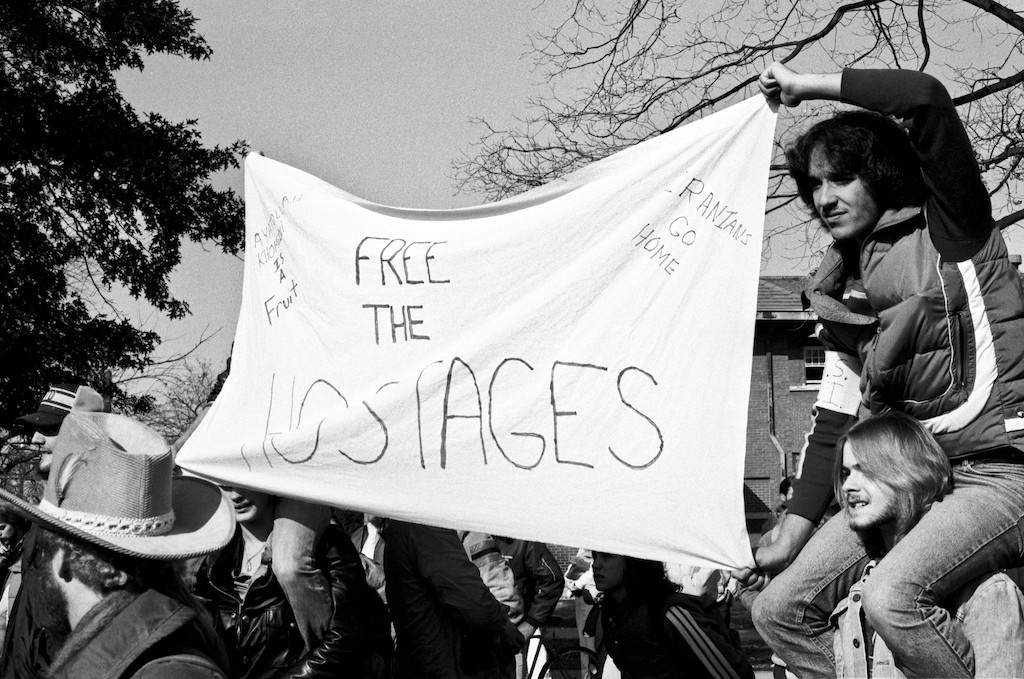 It’s the first week in October and everyone seems to be talking about an October Surprise.

Will Russia use tactical nuclear weapons against Ukraine?

Will Trump’s ongoing legal issues come to a head before the midterm elections? Will he be indicted or will he announce that he is running for president in 2024?

Will Herschel Walker lose the Senate because some untoward issues in his past have been exposed?

Perhaps it’s time for a look back. What actually is an October Surprise and does it matter in the context of today’s polarized political environment?

In its History of the October Surprise, Rutgers University says:

Now the term refers to any late-breaking major news that upends the presidential election.

Robert Singh, a professor in the Department of Politics at Berkbeck, University of London, expands this explanation noting:

The phenomenon tends more to be associated with presidential elections than congressional [elections or] midterms. It’s more effective in the former where attention is focused on the two candidates for the White House.

With so many congressional races, and two-thirds of the Senate not up for election, it’s more difficult to shape the race across so many districts and states.

Still, given today’s 24 hour news cycle, with the midterms just five weeks away, the term is being applied to the 2022 midterms, and is being bandied about endlessly.

An October Surprise is All About Politics

You may be interested to know that according to Merriam-Webster, “October Surprise” wasn’t initially political. Instead, it referred to autumn’s department store clothing sales.

The term October Surprise took on a political meaning when it was introduced in 1980 by William Casey, Ronald Reagan’s campaign manager. Reagan was running for President against the incumbent, Jimmy Carter, who had been trying for some time to get the Iranian hostages released. After all, it had been just about a year since militant students stormed the US embassy in Tehran, taking more than 52 Americans captive. The October Surprise referred to the possibility that Carter would have last-minute success in getting them out before the election.

The nature of an October Surprise means that it can’t be predicted, but  according to Politico Magazine it can be deliberately orchestrated. They say:

An “October surprise” can be happenstance or deliberately orchestrated; international (e.g. the outbreak of war) or domestic (e.g. a massive economic rally). Sometimes it’s personal, with a long-hidden skeleton spilling out from a candidate’s closet. It can save a political campaign as quickly as it can wreck one. And occasionally, it can even decide an election and set the course of the nation.

Just think about the movie Wag the Dog* or the brouhaha around Herschel Walker in this morning’s news. And just to be clear, there were election upending events even before the political application of the term came into common usage.  Today, though, I’m just going to concentrate on some Cold War examples, starting first with the Carter-Reagan Example.

*(Although not about an October Surprise, Wag the Dog tells the story of a spin doctor and a Hollywood producer who fabricate a war in Albania to distract voters from a presidential sex scandal.)

Carter, Reagan, and the Iranian Hostages

I mentioned earlier that the Reagan camp was worried that Jimmy Carter would come up with a last minute way to free the Iranian hostages just in time to ensure his win in the 1980 presidential contest. He had even approved a rescue attempt in April, but it had been a failure. (If you’d like a refresher, you can read about it on the Carter Library website.)

Carter was not successful in negotiating the release of the hostages, but later there were accusations that Reagan’s campaign conspired with the Iranians to hold the hostages until after the election. They were finally set free just minutes after Reagan was sworn in as the nation’s 40th president. The hostages had been held for 444 days. Although never proven,  Wikipedia asserts:

As you might imagine, this is quite an intriguing controversy to research. If you’re at all interested, you will want to watch the HBO four-part series Hostages. It’s brand new and full of ‘never before seen’ footage.

Here are some more surprises pulled from a variety of sources.

In the presidential election of 1956, global affairs were influential. The Hungarian uprising on October 23, and the Suez Crisis beginning on October 29, helped bolster Eisenhower’s stature in the White House. He won by a landslide — he was going to win regardless — but the happenings underscored the importance of elections in a globalized world.

1964 brought, first, a sex scandal, and, later, international intrigue to the fore. President Johnson’s top aide, Walter Jenkins, was arrested for disorderly conduct at a homosexual gathering place, and the story was immediately leaked. LBJ escaped the consequence because a week later Premier Nikita Kruschev was ousted from power in the USSR. In the days that followed, China conducted its first nuclear weapons test. Goldwater’s inflationary rhetoric turned off voters and Johnson won in a landslide.

In 1968, Richard Nixon managed to derail LBJ’s Vietnam peace talks. William Casey (remember him?) was suspicious that President Johnson would engineer a last-minute peace deal in Vietnam to help his fellow Democrat, Hubert Humphrey. In fact, the speculation was correct. On October 31, Johnson announced a halt to bombing and the start of new peace talks between Saigon and the Viet Cong. Humphrey rose in the polls.

Nixon responded by reaching out to South Vietnam’s president through backchannels, encouraging him not to attend peace talks and promising strong support from his administration if he won.

Three days before the election the South Vietnamese withdrew from the peace talks, and Humphrey’s support plummeted. Nixon won the election, but LBJ’s maneuvering narrowed his margin of victory.

Despite Nixon’s 1968 campaign promise to end the Vietnam War, as the end of his first term was nearing, the conflict was still raging. On October 8, North Vietnamese negotiators in Paris suddenly agreed to US conditions for peace. Henry Kissinger famously declared that “peace is at hand.” His optimism was misplaced as the war wouldn’t come to a close for two more years. But the statement distracted the public from Nixon’s Watergate scandal. Nixon won the election with more than 60% of the popular vote.

The Iran-Contra Affair, when the Reagan administration illegally sold weapons to Iran and used the money to fund an anti-communist militia in Nicaragua, came to light in 1987, but by the fall of 1992, it was still fresh enough to cause electoral trouble for Republicans.

(For more on the Iran Contra affair, read the Cold War Studies post Cold War: The Iran-Iraq War and the Contra Affair.)

Just days before the election, independent counsel Lawrence E. Walsh indicted former Reagan Defense Secretary Casper Weinberger for lying about his involvement in the affair. Walsh was a Republican, but even so, Republicans accused him of timing the indictment to damage President Bush. Bush lost the election to Clinton, but pardoned Weinberger in his final days in office.

Days before the election, in a November surprise, FOX News reported that Bush was arrested for drunk driving in 1976.  Years later, Bush strategist Karl Rove wrote that he believes the scandal cost Bush five states. It really doesn’t matter. The Supreme Court awarded Bush the presidency in December after a controversial Florida recount.

On October 27, Al Jazeera aired video of Osama bin Laden claiming responsibility for the 9/11 attacks and calling President Bush a dictator who repressed freedom through the Patriot Act. The media speculated that the tape was released to influence the election. The move bolstered Bush’s reputation as an enemy of terrorism and gave him a six point lead in the polls going into the election.

Toward the end of the campaign, the Associated Press reported that Barack Obama’s half-aunt Seituni Onyango had lived illegally in Boston for years after the Department of Homeland Security ordered her to leave in country in 2004. Did this cause Obama’s drop in the polls? Perhaps, but it doesn’t matter, because Obama won the election with 52.9 % of the popular vote and 365 electoral college votes.

Hurricane Sandy has been called an October Surprise, but some say it fails to qualify because it was not a human-caused event. You can decide for yourself if that’s disqualifying. But some say the real surprise that year was the September release of a secretly recorded tape of Mitt Romney belittling nearly half of all Americans at a fund raising event. He’s quoted as saying:

My expectation is that if you want to be president, you’ve got to work for everybody, not just for some.

During a 1983 family vacation, Mitt Romney drove 12 hours with his dog on top of the car in a windshield-equipped carrier. This incident was first reported during the 2008 presidential election and became the subject of negative media attention and political attacks on Romney again in 2012. Needless to say, his attempt to capture the high office was unsuccessful.

In 2016, both the videotape of Trump and his treatment of women, and FBI Director James Comey’s decision to take another look at Hillary Clinton’s emails were labeled October Surprises. Only the email issue seemed to influence the election. After Comey’s announcement, Hillary’s lead over Trump narrowed, and he was able to overtake her to win the presidency.

The October Surprise in Today’s World

Well, what do you think? Can you imagine an October Surprise that would make a difference? Some say that the political environment has changed so much that an October Surprise centered on a candidate would have little impact. We’ve become so polarized that people vote for a party not a person. I’d love to hear your thoughts. Just leave a comment below.