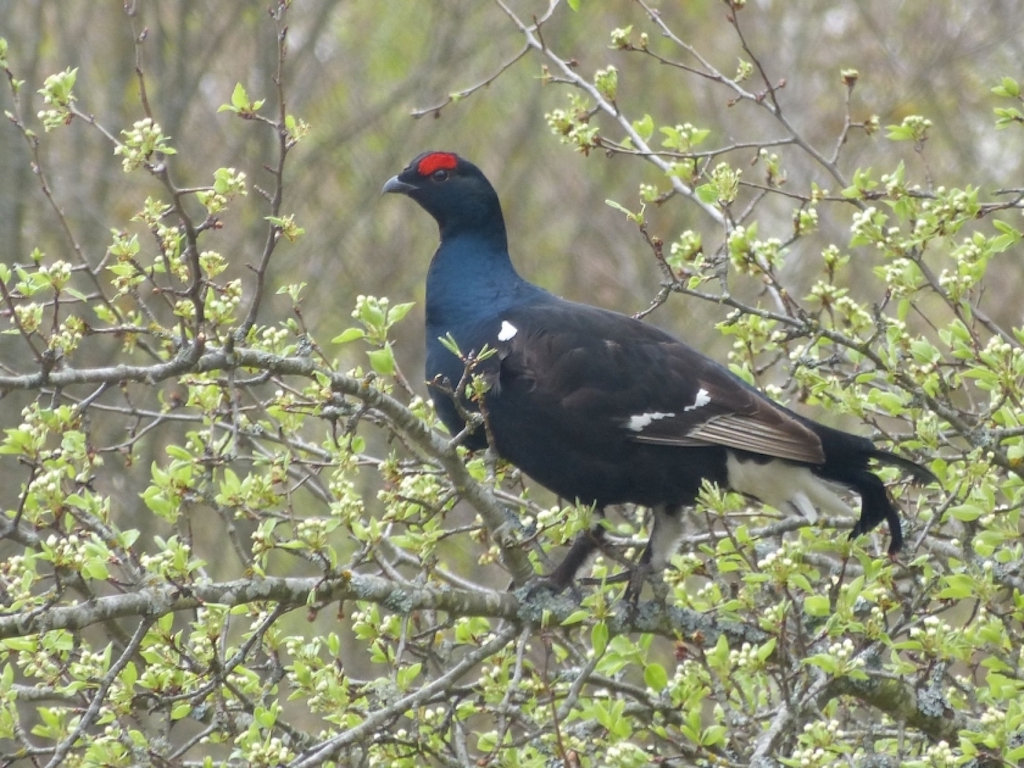 Earth Month 2022 ended just a couple of days ago, so I decided to give it a late sendoff by talking a little bit about the environmental impact of war and its associated activities.

I mentioned this briefly at the end of the post on The Lorax: Ted and the Truffula Trees, but it definitely deserves more of a spotlight.

To start, I’d like to highlight some points from a recent New York Times article: A ‘Silent Victim’: How Nature Becomes a Casualty of War. It’s certainly worth a read.

According to The Times:

Wars destroy habitats, kill wildlife, generate pollution and remake ecosystems entirely . . . There are exceptions. Wars can make landscapes so dangerous or inhospitable to humans . . . that ecosystems have a rare opportunity to recover . . . .

I’ll give you some examples of both scenarios, but let’s start with the destruction associated with the environmental impact of war. These examples are from The Times article.

In addition to the defoliation in Vietnam, the environmental impact of war and its associated catastrophes occurred frequently during the Cold War years.

Perhaps the most publicized is the meltdown at Ukraine’s Chernobyl nuclear power plant in 1986. Not only did radiation cause deformities in individual animals, it affected entire populations in the more radioactive areas.

Also of note is the food insecurity and economic instability that occurred after the collapse of the Soviet Union in 1991, leading to large increases in poverty rates in Russia. The populations of moose, wild boars, and brown bears also declined, with the population of wild boars decreasing by about 50 percent. A Wildlife Conservation Society spokesperson in Russia stated “we literally ate half of them.”

Nicaragua has seen both renewal and regression. During that country’s civil war, forests along the nation’s Atlantic coast regrew as people fled, abandoning their farms. But as the war wound down, residents returned and deforestation resumed. Twice as much land was denuded as had been reforested earlier.

National Geographic has a detailed article on Gunkanjima Island (also known as Hashima Island) near Nagasaki titled Abandoned ‘Battleship Island’ Is Crumbling. Can It Be Saved? The article starts by stating:

When humans left, nature prevailed. On Hashima Island, a 16-acre patch of land off the southern coast of Japan, grass and vines and flowers flourish as concrete and steel wither.

There’s a wonderful video to go along with the text.

If you like pictures, you’ll want to take a look at CNN’s photo essay titled Wildlife is flourishing in these demilitarized zones. It discusses changes in the Korean demilitarized zone, the ‘Green Line’, a partition drawn up in the 1960s amid violent clashes between Greek and Turkish Cypriots, and the “Purple Line” border between Israel and Syria that’s patrolled by UN forces.

For more on the Korean demilitarized zone, read the article in The Guardian titled How Wildlife is thriving in the Korean peninsula’s demilitarised zone. The piece noted that “The forces that lock humans out of the DMZ have allowed other species to thrive . . .”

And, finally, the UN Environmental Program documents how “many people think the area around the Chernobyl nuclear plant is a place of post-apocalyptic desolation. But more than 30 years after one of the facility’s reactors exploded, sparking the worst nuclear accident in human history, science tells us something very different. You can read the article here.

Unfortunately, the environmental impact of war and its associated defense activities continues. Thanks to The Times, we know some of the areas affected by Russia’s invasion of the Ukraine. That country is in an ecological transition zone, home to vibrant wetlands and forests as well as virgin steppe. According to The Times, Russian troops have already entered or conducted military operations in more than one-third of the nation’s protected natural areas.

The Black Sea Biosphere Reserve on Ukraine’s southern coast is a haven for migrating birds.

Recent military activity in the area sparked fires large enough to be seen from space. So while we are shocked and saddened by the human cost of the war, the environmental toll adds to our distress.

Herds of herbivores, including endangered saiga antelopes and Przewalski’s horses, roam in the Askania-Nova preserve, which is currently occupied by Russian forces . . .

The Environmental Impact of War Continues

We just have to turn on our televisions or stream the news on one of our many devices to see the devastating effects of armed conflict. A 2009 study points out that from 1950 to 2000, more than 80 percent of the world’s major armed conflicts took place in biodiversity hot spots  . . . (Thor Hanson: independent conservation biologist)

. . . if we were concerned about biodiversity and conservation in the world, we need to be worried also about conflict and patterns of conflict.

Unfortunately, many living in today’s world aren’t getting the message.

Do you have thoughts? Scroll down and leave a comment.