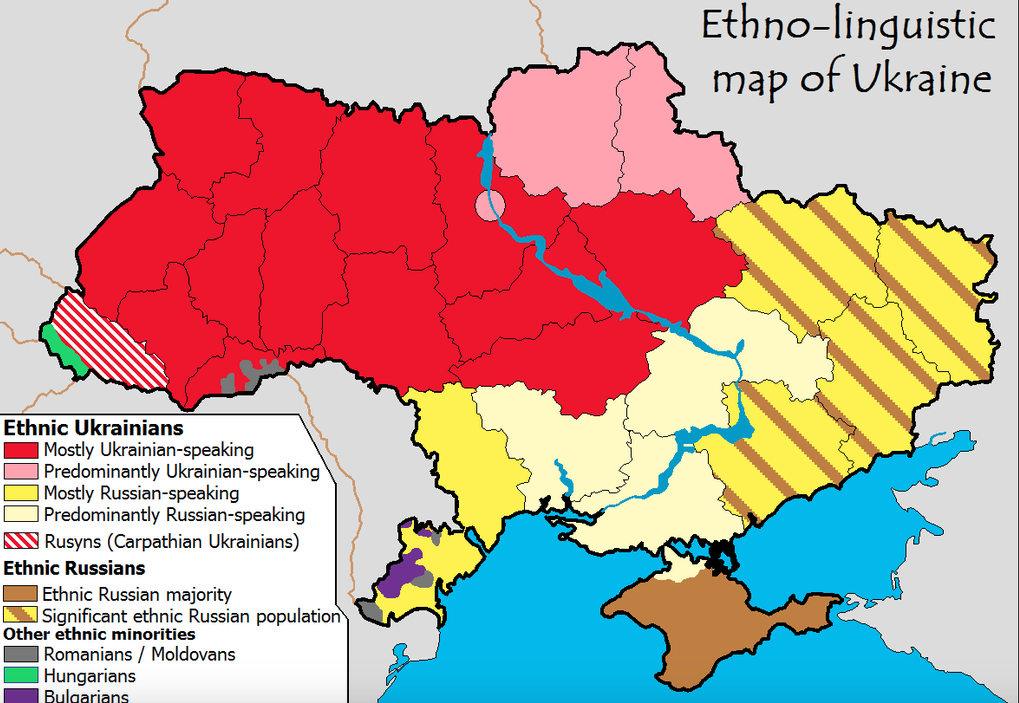 NOTE: This post was written when the Ukraine and Russia clashed in 2014. I’m publishing it again because the information remains useful.

I don’t often post about current events, so I haven’t mentioned the stand-off in the Ukraine. But I thought some factoids might be enlightening. Since I don’t write much about the Ukraine or Russia, I’ve drawn heavily from newspaper articles published in previously “nonaligned” nations. That said, let’s get started.

The Collapse of the Soviet Union

The collapse of the Soviet Union left the Ukraine, Moldova, Georgia, Azerbaijan, and Armenia with territorial disputes, ethnic and linguistic clashes,  disfunctional economic and trade patterns, and strategic dilemmas.

The Ukraine had a central position in the former USSR. Leading Soviet political figures were Ukrainian, its Donbass region was an industrial hub, and the Slav “big three” that ended the USSR consisted of Russia, Ukraine, and Belarus.

After Soviet disintegration, the Ukraine continued economically along Russian lines, dominated by oligarchs:

The Ukraine has been independent for 22 years and has worked toward embracing all its regions and citizens:

Western Ukraine is agricultural, closer to Poland, and speaks Polish and Ukrainian:

Crisis Begins in the Ukraine

The Ukrainian crisis began in November 2013 when Ukraine’s cabinet announced postponement of a proposed association agreement with the European Union:

The interim government projects itself as both pro EU and pro US and it posits itself as anti-Russian. Some of its actions have proved inflammatory:

Moscow can’t afford to be passive:

The situation in the Crimea makes waiting for a solution until after May elections impossible:

What Does the Future Hold for Ukraine?

Apart from Crimea, there are other pro-Russian strongholds in Eastern Ukraine, like Donets and Kharkiv. What will Putin do? Will he also attempt to protect these areas militarily?