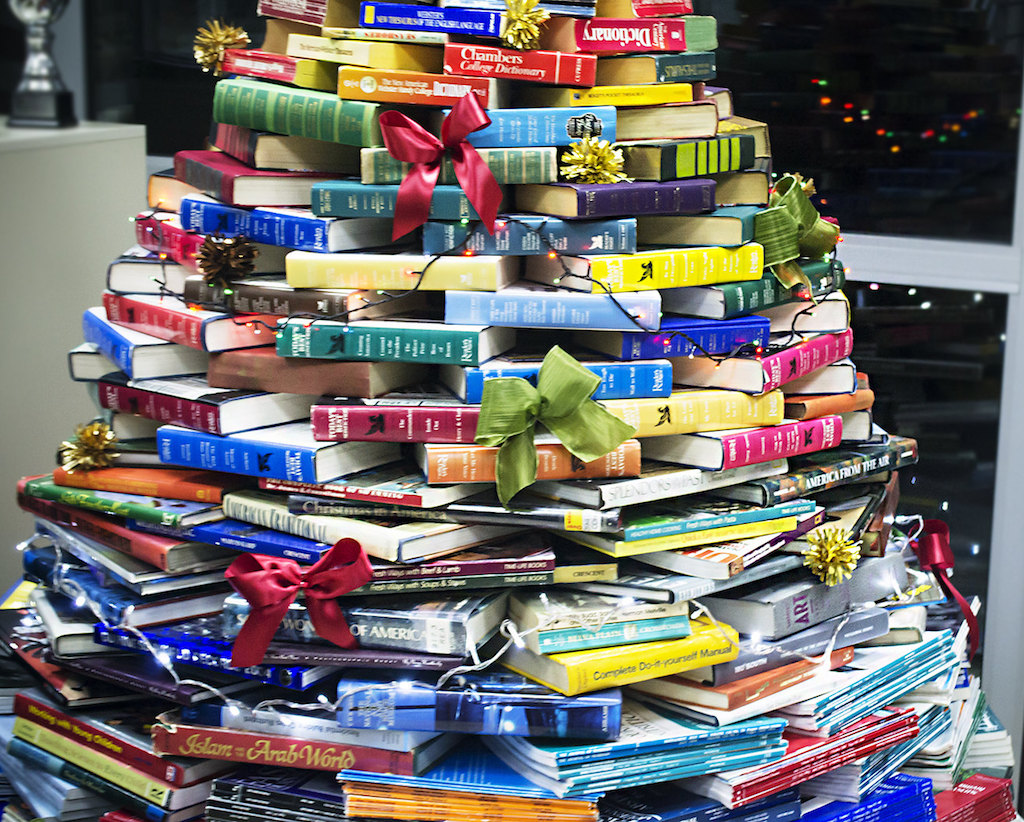 Maybe you’ve already finished most of your holiday shopping. But in case you haven’t, here’s a selection of books focused on the Cold War timeframe, most drawn from various end of the year ‘best book lists.’

Just click the link on the title to buy on Amazon and, of course, many will be available at your local library. The books are listed in no particular order, and include something for every taste — political and cultural history, biography, and social issues during the Cold War years. There are several fiction books as well as a few on the CIA.

Book descriptions are drawn primarily from The New York Times and amazon.com.

A caveat to the links to reviews. I had no idea that YouTube offered free audio books. Does anyone have prior experience with this? If so, please respond in the comments. I’d love to hear about your experience.

(Please note: the links will take you to Amazon and if you purchase there, Cold War Studies will receive a small donation at no extra charge to you.)

America and Iran: A History, 1720 to the Present
By John Ghazvinian (Alfred A. Knopf)

This book details the long, troubled relationship between the United States and Iran. Drawing on years of archival research, Ghazvinian leads us through a history of US – Iranian relations and concludes that “antagonism between Iran and America is wholly unnecessary.” You can read the review in The New York Times here.

The American War in Afghanistan: A History
By Carter Malkasian (Oxford University Press)

A former civilian adviser in Afghanistan and aide to the Joint Chiefs of Staff, Malkasian has written a broad-reaching, authoritative history of America’s longest war, including knowledgeable details on the Afghan part of the story. The Oxford University Press Book Club hosts a discussion of the book.

The Free World: Art and Thought in the Cold War
By Louis Menand (Farrar, Straus & Giroux)

The Free World is a cultural history of the early Cold War period, from the end of the Second World War to American military intervention in Vietnam. It covers literature, cinema, music, and the arts, both commercial and avant-garde . . . You can watch a discussion of the book at the National History Center here.

Churchill is generally considered one of the greatest leaders of the twentieth century. He led Britain heroically during World War II, but at other times in his life, as recounted in this revisionist biography, he was an imperialist, a racist, a drunk, a neglectful father and, perhaps most of all, a masterful mythmaker. Read The New York Times review.

In this first of two projected volumes, Logevall demonstrates how, even at an early age and despite his playboy reputation, John Kennedy took a serious interest in politics, forming a cleareyed sense of the world and his nation’s place in it. Watch a discussion of the book at the JFK Library on YouTube.

Catching the Wind: Edward Kennedy and the Liberal Hour
By Neal Gabler (Crown)

Gabler relates how the youngest Kennedy brother overcame ridicule and scandal to become one of the most effective senators in U.S. history. In five decades, Ted Kennedy sponsored nearly 700 bills that became law, and left his imprint on scores of others. Read The New York Times review here.

America on Fire: The Untold History of Police Violence and Black Rebellion Since the 1960s
By Elizabeth Hinton (Liveright)

According to The New York Times, Hinton documents hundreds of often violent urban protests by Black Americans beginning in the mid-1960s, as policing grew increasingly aggressive. Such protests must be understood, she posits, not as riots but as “rebellions” against racial injustice. Read about the book in the Washington Post.

Reporting on the Supreme Court’s most divisive case, Roe v. Wade, and the unknown lives at its heart. Norma McCorvey —known as “Jane Roe,” the woman at the center of Roe v. Wade — emerges as a contradictory figure, one whose views on abortion are as complex as those of her fellow citizens. You can watch a book talk at the NYU School of Law on YouTube.

This capacious account of New York’s recent rise describes the men and women in every facet of life who helped revitalize the city. Yet for Dyja, who sees the need for another reinvention of New York, the city has in many ways fallen prey to its own success. Read a review in The Guardian here.

A former columnist for The Chicago Tribune offers a textured portrait of her 1970s childhood on the South Side, where three Black girls with similar aspirations ended up with wildly divergent fates. Watch a talk by the author at the Chicago Humanities Festival on YouTube.

White Malice: The CIA and the Covert Recolonization of Africa
By Susan Williams (Public Affairs)

I have to say that I can’t wait to read this carefully researched account of  CIA interference. The book details how Western powers plundered and sabotaged the interests of newly independent African nations and their leaders. It appears that you can listen to the entire audio book for free on YouTube, but check for yourself. I’m distrustful by nature. Anyway, the link I’ve started listening to is here.

Chaos: Charles Manson, the CIA, and the Secret History of the Sixties Kindle Edition
By Tom O’Neill (Little, Brown and Company)

A journalist’s twenty-year fascination with the Manson murders leads to shocking new revelations about the government’s  involvement in this riveting reassessment of an infamous case in American history. This book appears to be a free listen on YouTube too. Listen here.

According to David Petraeus: “The Recruiter shares many great episodes from London’s life in the National Clandestine Service, excellent insights into the challenges and intricacies of intelligence work, and thoughtful accounts of the complicated relationships he developed with agents and colleagues. In the end, London presents a superb insider’s tale about the state of espionage, the challenges that American intelligence has experienced since 9/11 and Iraq, and what needs to be done in the coming years to ensure that America’s intelligence agencies can provide our country’s national security team with the intelligence they need. The book launch held at the Middle East Institute is on YouTube here.

The true story of Guatemala’s political turmoil in the 1950s. The book is centered on the CIA coup of 1964, rendering the political personal. Read The New York Times review.

Things We Lost To The Water
By Eric Nguyen (Alfred A. Knopf)

This book was on President Obama’s summer reading list. It tells the story of an immigrant Vietnamese family that arrives in the US in 1979 and settles in New Orleans. Watch the Author Spotlight at Politics and Prose Bookstore.

From the master, my current read. The book centers on the lonely lives of spies and the difficult choices they make. Published posthumously, the book is smart, stylish and relevant as always. Read the review in The Guardian.

Also on my bedside table, some oldies: The Quiet American by Graham Green (only 99 cents on Kindle), and The Ugly American by William J. Lederer and Eugene Burdick.

Want more ideas? Take a look at our book list from Fall 2020.

The long road to the climate bill https://www.axios.com/2022/08/11/climate-bill-what-is-different-now

Did you know? The United States has fallen from second to 16th since 2000 among developed nations in the proportion of 25- to 34-year-olds with bachelor’s degrees. (NBC News)