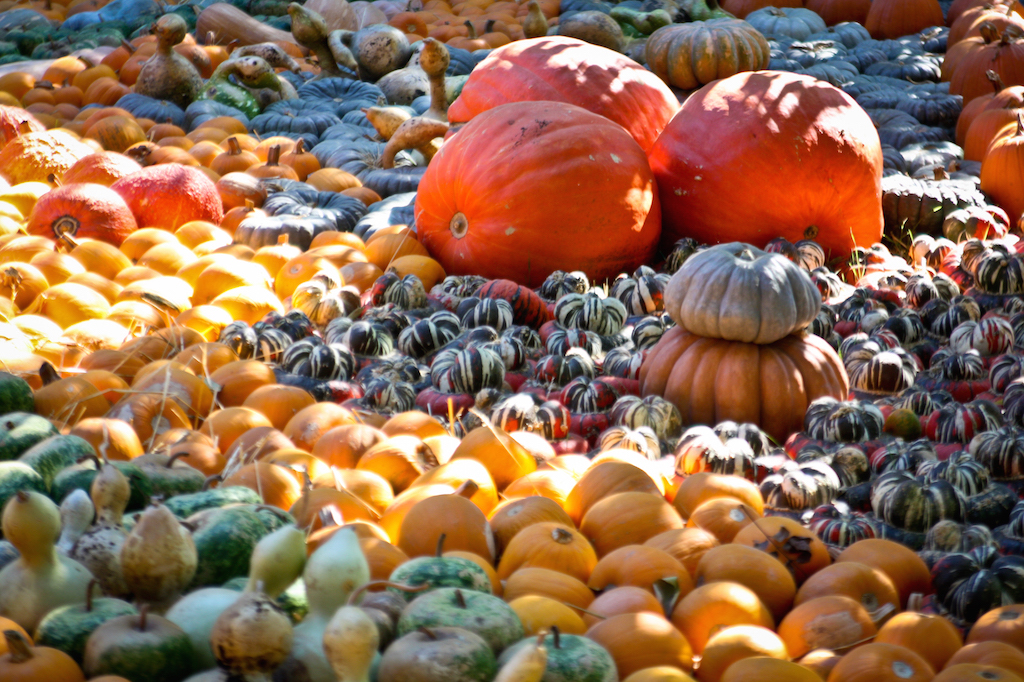 Ike and Mamie? Norman Rockwell? The Happy Days? What do you think of when you picture an old fashioned Thanksgiving? What kind of entertainment comes to mind?

If you’re of a certain age, you’ll probably be thinking of a movie or newsreel. Did you know that at the very beginning of the Cold War, in 1946, movies gobbled up 90% of Americans’ total spending on entertainment? Saturday afternoons were great. Double features were best. Weekly attendance figures approached 90 million at a time when the entire population of the country was only 140 million. Clearly, movies were a way of life. Not Netflix or Hulu, but real movies in real theaters!

Holidays were almost always highlighted. For example, if you were coming of age in the early 1950s, you might remember a movie musical starring Doris Day and Gordon MacRae titled By the Light of the Silvery Moon, featuring a scene in which the boy Wesley (Billy Gray) tries to save his pet turkey by stealing another turkey for his family’s Thanksgiving dinner. If you’re in the mood for a heavy dose of nostalgia, you can rent the full movie on YouTube.

A Day of Thanksgiving tells the story of the Johnsons, a Mid Western family that can’t afford to buy a turkey for Thanksgiving dinner. Even so, they are able to focus on the privileges they have by virtue of living in a country blessed by freedom of choice and abundance.

“Do you know,” Mr. Johnson asks his kids, “that there are some places in the world today where you have to get along without just about everything else” besides life itself?

“Mother,” he goes on to say, is thankful “for all the things our American system makes possible — like washing machines, hot water and a car —  things free people working together can produce.”

An oblique reference to Communism. for sure, but not dogmatic or hysterical. This Thanksgiving — at least at the Johnson’s — is all about gratitude.

Today these films seem innocent, naive, even hokey. Certainly they were family oriented, patriotic, and reflective of the optimism and thankfulness gripping America at the end of World War II. But America’s positive mood would soon evaporate.

By the mid 1950s, the activities of the House Un-American Activities Committee (HUAC) and Senator Joe McCarthy were permeating the American consciousness.

The Red Scare in Hollywood

In October 1947, HUAC started a public investigation into Hollywood communism spurred on by a fear that Communist infiltrators of the motion picture industry would use films to spread Soviet propaganda. After all, Hollywood was home to one of the more active sections of the Communist Party USA.

Studio heads (like Walt Disney) and other film industry professionals cooperated with HUAC, furnishing names of suspected leftists in the film industry. Ronald Reagan, then head of the Screen Actors Guild, signed up to serve the FBI as a secret informer, code named Agent T-10. Ten current or former members of the Communist Party refused to cooperate with HUAC. Labeled the Hollywood Ten, they were eventually convicted of contempt of Congress.

In the end, the anti communists prevailed and the studios created a “blacklist” to prevent the Hollywood Ten and other communists from ever working in the industry again. The blacklist eventually swelled to over 300 names including Charlie Chaplin, Paul Robeson, Orson Welles, Arthur Miller, and Dashiell Hammett. The blacklist had a chilling effect on Hollywood radicals.

HUAC’s actions were compounded by Senator Joseph McCarthy’s ‘red baiting’ and accusations of treason. By the mid 1950s Americans were scared to death. Commie plots were cropping up everywhere and Americans were looking for “reds” under their beds, in their workplaces, and even on their playgrounds.

The science fiction classic Invasion of the Body Snatchers (1956) perfectly captured the dark paranoia of the McCarthy era, with alien invaders secretly occupying human bodies and turning them into soulless “pod people.”

Are the pod people meant to represent Communists, secretly infiltrating American society with an alien ideology that robs the citizenry of free thought and individual liberty? Or are they meant to be McCarthyites, so desperate to prove that they are anti communist that they embrace a conformity that also robs them of free thought or individual liberty?

Either way, the movie captures the fearful mood of the 1950s Cold War era. Just think about the final reel:

“Look!” screams the hero, staring directly into the camera. “You fools! You’re in danger! Can’t you see? They’re after you! They’re after all of us! Our lives . . . our children . . .they’re here already! You’re next!”

Invasion of the Body Snatchers (1956)

Looking back, it’s easy to see that American  communists were not the danger. There was never going to be a United Soviet States of America.  But by the late 1940s, the Soviet threat itself was very real. The fear of the Soviets, and especially the fear of Soviet nuclear bombs, shaped the American pysche. Is it so surprising, then, to find that the meaning of that most American of holidays — Thanksgiving — evolved to fit the changing circumstances?

The world of A Day of Thanksgiving 1951 saw Americans battling the communists in Korea, far away from the homeland. By the end of the decade, the Russians had conquered space with the launch of Sputnik, and the Cuban Revolution was bringing communism into our own backyard, the Western Hemisphere. Some Americans were exchanging the heartwarming saccharine sweetness of the post World War II years for full scare mode. And it wouldn’t be long before conservative and libertarian columnists traded our historical Thanksgiving of gratitude and friendship for a more ideological Thanksgiving, centered on the virtues of capitalism and free enterprise.  But that’s another story.