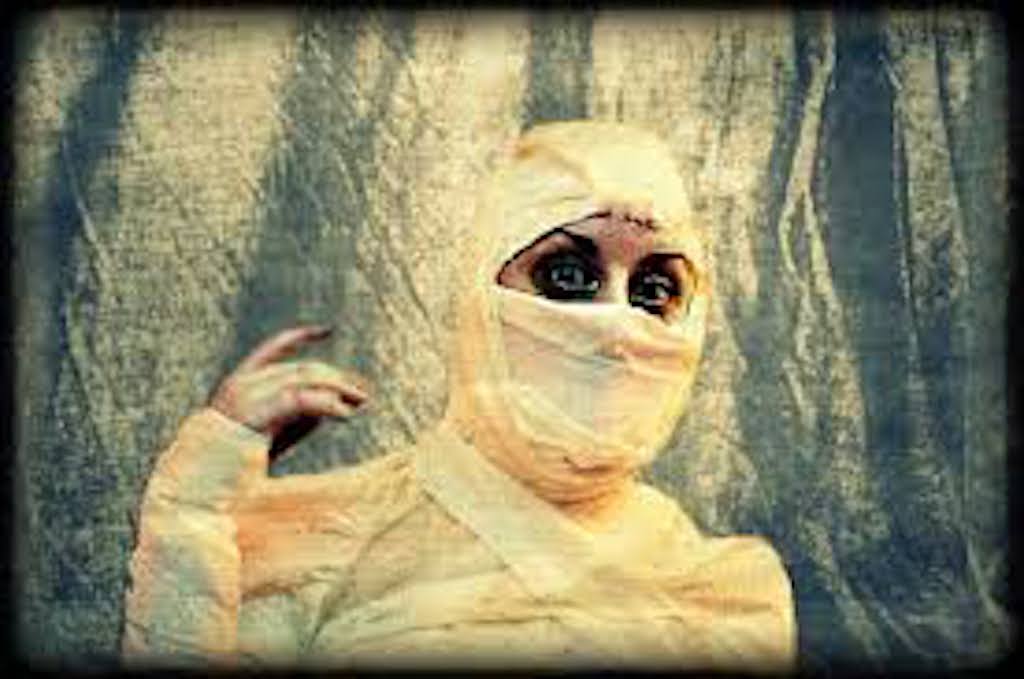 What happens to a Communist leader when they die? They’re mummified of course. What does that entail? Well, it’s been the stuff of Halloween Stories for hundreds of years.

According to Wikipedia, a mummy is a deceased human or an animal whose skin and organs have been preserved by either intentional or accidental exposure to chemicals, extreme cold, very low humidity, or lack of air, so that the recovered body does not decay further if kept in cool and dry conditions. Some authorities restrict the use of the term to bodies deliberately embalmed with chemicals, but the use of the word to cover accidentally desiccated bodies goes back to at least 1615 AD.

Here are the stories of the most famous commie ones in the order of their demise. Thanks to Atlas Observer for pointing them out.

Lenin’s resting place can be found on the perimeter of Moscow’s Red Square in a pyramid made of polished red and black stones.

Although Lenin formally requested that he be interred, the Russian government supposedly received over 10,000 telegrams from the saddened public asking that he be preserved. Consequently, it was decided that Lenin’s body would be embalmed and put on display in a glass sarcophagus in a mausoleum. His corpse has been there ever since.

The task of embalming Lenin was originally the responsibility of a team of Jewish embalmers. Today a team of embalmers still tend to him, buffing his waxy skin, bathing his body, bleaching him, and changing his silk suits at regular intervals.

Was he irradiated or poisoned? We’re still not sure. At any rate, his body was promptly put on display in his own mausoleum in Sofia, constructed in only six days.

With the fall of the Berlin Wall, Bulgaria’s new leaders decided that it wasn’t right to honor their Communist predecessors. Dimitrov was removed from his mausoleum and buried in Sofia’s Central Cemetery. In 1999 the mausoleum was demolished — after an embarrassing four tries. Dimitrov’s body was exhumed, cremated, and buried again.

Five days after attending Stalin’s funeral, Gottwald met his end. His constituents from the Czech Republic insisted that his body be preserved. However something went wrong and the whole thing was botched. He wasn’t preserved properly and had to be re-embalmed every eighteen months.

Gruesome right? It gets worse. This was the standard procedure until the early 1960s when Gottwald started leaking black formaldehyde. He was finally cremated in 1962, but you can still pay homage at the site of his former mausoleum at the Zizka Monument in the Czech capital.

After the death of Lenin, Stalin accumulated nearly all of the power in the USSR and was the primary architect of the Eastern Bloc. Remembered as one of the worst dictators in history, his body was embalmed and placed alongside Lenin’s mummy right after his death.

On Halloween, 1961, Stalin sort of rose from the dead. He was buried next to the Kremlin as part of the process of de-Stalinization. Rumor goes that, even in death, Lenin let it be known that he didn’t want Stalin lying next to him.

Ho Chi Minh, the leader of the Republic of Vietnam, wanted to be cremated. Instead, his home is the Ho Chi Minh Mausolem, containing a glass casket containing his remains.

His body now looks to good to be true. In fact, some say he no longer appears believable. Madame Tussaud’s anyone?

As the mastermind of “Red” China, Mao Zedong developed a cult-like following. He was one of the first to sign the Proposal that All Cultural Leaders be Cremated After Death, but his wish was not respected. Mao’s body was first placed on display in the Great Hall of the People. After a memorial in Tiananmen square, his embalmed figure was placed in the Mausoleum of Mao Zedong.

A crystal coffin was a necessity, but the manufacturing technique was a closely guarded secret held by the Soviets. A competition to build the enclosure was held with each competitor forced to place its entry through a series of environmental stress tests, including earthquake proofing.

Unfortunately, the embalming was not quite as professionally done: his ears stuck out and his belly swelled so much that he had to be cut out of his suit. Still, his remains are a popular tourist attraction.

Both the former President of Taiwan and his son have been embalmed even though their final resting place has not been determined. Most of you can guess why.

As leader of China’s Nationalist Party, Chiang spent much of his life embroiled in a civil war against the Communist political movement led by Mao Zedong. Ultimately, Chiang lost control of Mainland China and was forced to flee to Taiwan. As the island’s president, he was determined to retake the Mainland. When he died in 1978, his son continued that mission.

Both Chiangs’ bodies remain undeterred because they both requested that they be buried on the Mainland. The makeshift solution has been to embalm both men and place them on display in Taiwan. It’s doubtful that their wishes will be fulfilled.

The North Koreans loved Kim Il Sung so much that his body is now displayed in the Kumsusan Memorial Palace at the edge of Pyongyang in a “megalomania Communist-fascist” building.

Originally, reports out of North Korea said that Kim Jong-Il would be buried. Supposedly it had cost the North Koreans a million dollars to preserve his father and some thought it was just too expensive.

Nevertheless, a year after his death, Kim’s mummified body was revealed, accompanied by items from his life:  his armored train carriage, yacht, parka, sunglasses, and platform shoes. And you know what? He was still dressed in his legendary jumpsuit.