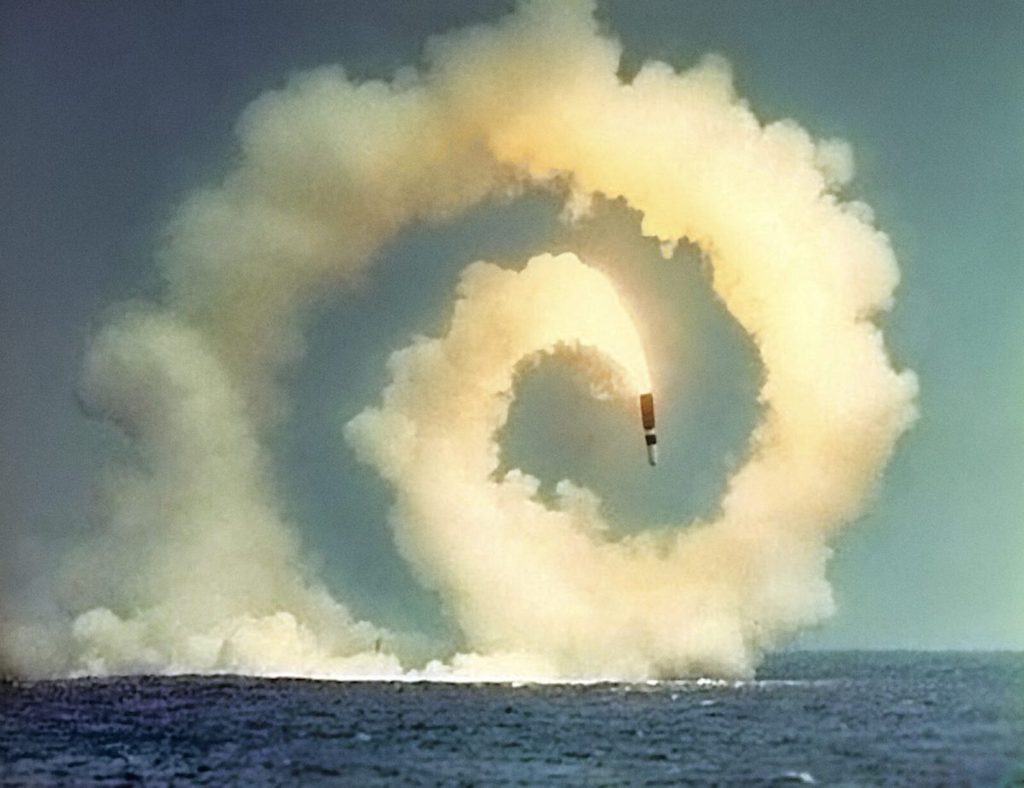 Recently I came across the details of an art installation inspired by nuclear weapon control centers. Pioneer Works, a gallery in Red Hook (Brooklyn), is presenting a documentary on “the bomb” which begins with the first atom bomb tests and traces the story to the present day. The film, directed by Kevin Ford, Smriti Keshari, and Eric Schlosser, sketches out the full history of atomic weaponry and international brinksmanship, from the first atom bomb tests in the Nevada desert in the 1940s through the Cold War into the modern day. Click here to access the Pioneer Works website.  Viewing of the documentary is by appointment only.

Other ways popular culture has addressed “the bomb” popped up on the independent arts site Hyperallergic.com. Three of them are mentioned below.

The first of the three was the film Atomic Cafe from 1982.

An article on the film in Hyperallgic notes that

the film combined newsreel footage, propaganda films, candid and news photos, cartoons, public service announcements, songs, and other materials from the 1940s, ’50s, and ’60s, all dealing with nuclear weapons and their looming threat to human civilization. . . . Many selections showcase the flippancy with which popular culture approached the bomb.

You can read the article here or watch the movie on YouTube.

Invisible Colors: The Arts of the Atomic Age

Hyperallergic also published a book review of Invisible Colors: The Arts of the Atomic Age by Gabrielle Decamous (MIT Press). The book has five stars and is almost out of stock on Amazon.

An abstract of the book from a Japanese source notes: “The effects of radiation are invisible, but art can make it and its effects visible. Artwork created in response to the events of the nuclear era allow us to see them in a different way. Invisible Colors explores the atomic age from the perspective of the arts, investigating atomic-related art inspired by the work of Marie Curie, the bombings of Hiroshima and Nagasaki, the disaster at Fukushima, and other episodes in nuclear history.”

The book is organized geographically, coursing around the globe from well-known “nuclear events” like Hiroshima and Nagasaki (and, of course, Chernobyl) to the plights of subalterned peoples in New Jersey and uranium mines in Saskatchewan, Czechoslovakia, Niger, and elsewhere. Unlike the tourists visiting Chernobyl today, nearly everyone Decamous addresses was exposed to radiation over days, weeks, and even decades — and typically without informed consent.

Read more from the review here  or check it out on Amazon.

Interested in radioactive landscapes? Then you might also be interested in the 2019 HBO miniseries on Chernobyl. You can watch it on HBO Max or obtain it from Amazon Prime. The trailer is below.

Hot Spots: Radioactivity and the Landscape

Lastly from Hyperallergic is an article titled “Hot Spots: Radioactivity and the Landscape” at UB Art Galleries in Buffalo. This 2018 exhibit examines the nuclear past and future of the United States as portrayed by in diverse media by various artists. Below is one example.

Want to see more? Access the full article here. And be sure to enjoy the images.

A final take on contamination and radioactivity comes from Atlas Obscura and their article titled “The Photographer Who X-Rayed Chernobyl – How to Make the Invisible Visible.”

While living in Berlin in 2007, Brazilian artist Alice Miceli took long train rides—18 hours or more—to Belarus, then another leg, by car or train, to Chernobyl. She made this journey more than 20 times. With permission to be in Chernobyl’s Exclusion Zone before tours were available, she photographed the site using a regular camera, but also documented the area—and the legacy of the 1986 nuclear disaster there—in a different, more extraordinary way. Miceli placed radiographic film plates used for chest X-rays—specifically sensitive to radiation—wrapped in layers of industrial plastic on the ground, on windows, on trees. She wanted to make visual records of something invisible to the naked eye, namely the area’s radioactive contamination, particularly the isotope cesium 137.

Want to learn more details about her method and see some of her many photographs. You can read the article here.

To end — and to save myself tons of grief from disappointed readers — the trailer to Dr. Strangelove is below.