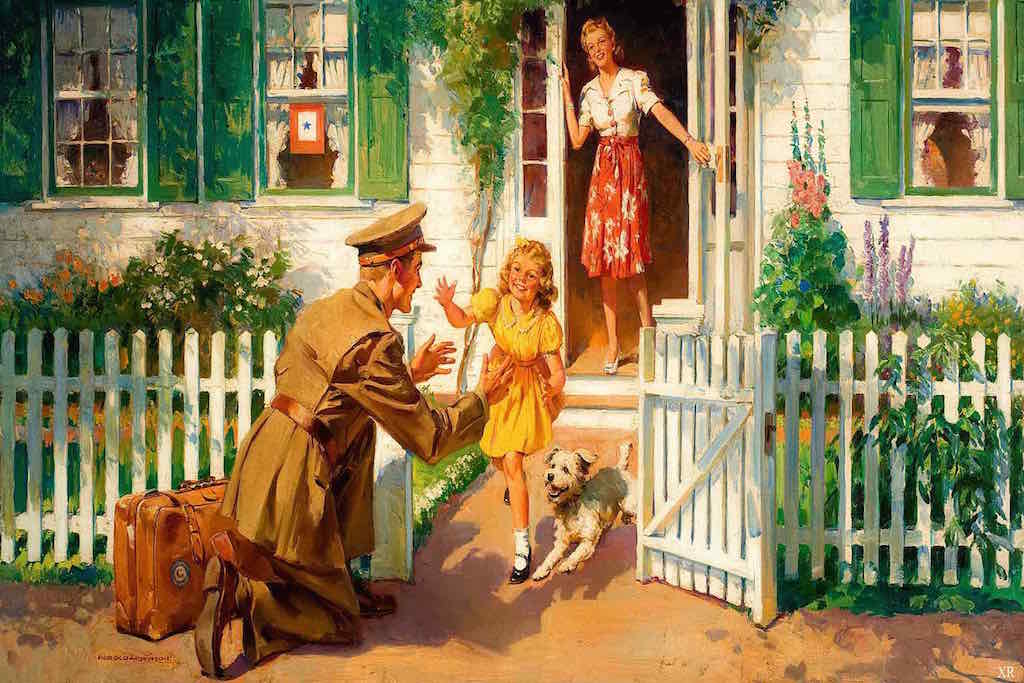 Still looking for Christmas presents? Maybe you can get some toy ideas for girls from the Cold War!

According to American Cold War ideology, homemakers in the United States were a bulwark against communism, fortifying the family social unit that was basic to a democratic society. In contrast, in the Soviet Union, communism drove women out of the home and put them to work, forcing children into state-run daycare centers and assaulting the family.

In response, postwar American society emphasized the importance of the “traditional” family structure which had a male wage-earner and a female housewife and mother. This placed the domesticated woman at the center of American values and viewed her domesticity as a weapon against any subversive communist influences. According to US Census data, in 1950, 23.8% of American married women had jobs outside the home; the figure climbed to 30.5% by 1960, and 39.6% by 1969.

An article in Life Magazine in 1953 tied working women to the consumer society, saying she worked “to increase her buying power as a consumer, for herself and particularly for her family.”

The bottom line was that, for most women, life was home centered. Women cared for their homes and for the emotional and nutritional needs of their families. They nursed, cooked, cleaned, decorated, and shopped. Girls and their toys mimicked the activities of their mothers.

Women’s housekeeping tasks were faithfully reproduced by their daughters who played with their own child-sized sweepers, vacuums, and pots and pans, Some of these were made by the same companies who manufactured the working appliances their moms used. Bissell Carpet Sweeper Company sold versions for real use and also the “Little Queen Carpet Sweeper” for girls, a good way to instill brand name loyalty at an early age.

The Kenner “Easy Bake” and Deluxe Topper Corporation’s “Suzy Homemaker” toy ovens were also popular. They used a light bulb as a heat source that could bake real, but tiny, cakes. Packaged cake mixes from Betty Crocker were sold especially for this use. The Easy Bake slogan promised little girls that they could make “Food as Good as Mom’s.”

Lessons in gender roles were seamlessly linked to lessons in the growing consumer economy. In the early 1950s, Americans began to spend more of their disposable income on food, not because of a rise in food prices, but because of marketing of new kinds of convenience foods. Toys reinforced the message that most food could be found packaged and processed.

The most important girl’s toy to come out of the Cold War era was the “Barbie” doll, introduced by Mattel in 1959. Barbie was sold as a fashion doll and ads promised:

Girls of all ages will thrill to the fascination of her miniature wardrobe of fine-fabric fashions . . . . Feminine magic! A veritable fashion show, and every girl can be the star!

Barbie didn’t cost very much when she was first introduced — only about $3 — but her clothes and accessory add-ons earned Mattel very healthy profits.

Barbie provided a contrast to then popular board games because some of the board games actually allowed for the possibility that women might be more than just a fashion object. She might, in fact, work outside the home, but only within a very narrow spectrum of possibilities.

The Selchow and Righter Company made a board game called What Shall I Be in two versions, one for boys and one for girls. Interestingly, there was no overlap between the careers offered to each. Girls choices in the 1966 version included the “helping” professions, like teacher or nurse, with some very glamorous options like stewardess, ballerina, actress, and model. In the 1968 version, boys could try out becoming doctors, engineers, astronauts, scientists, athletes, and statesmen. Neither of the options touched on the majority of real women’s jobs, the “pink collar ghetto” of secretaries, clerks, and waitresses.

Selchow and Righter Board Game for Girls

Selchow and Righter Board Game for Boys

It’s interesting to note that, according to a recent article in The Atlantic, the marketing of toys is more gendered today than it was 50 years ago when gender discrimination and sexism were the norm. But that’s another story.