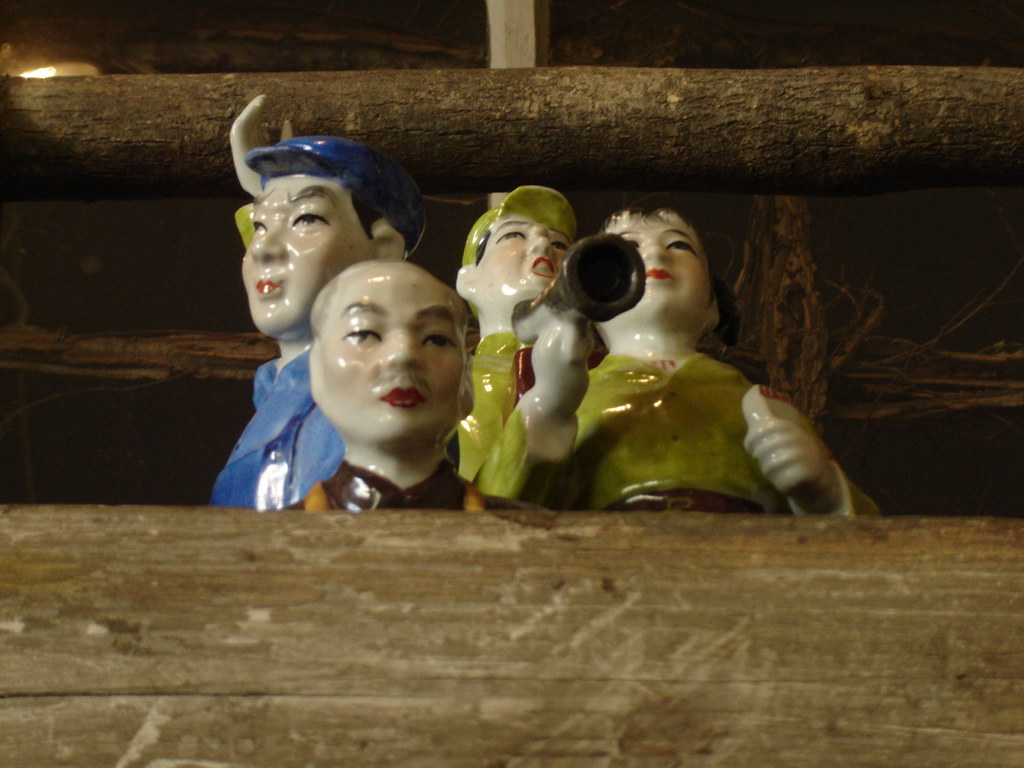 As I think everyone knows, China played a major role in the US-Soviet rivalry during the Cold War, especially impacting the superpowers’ presence in the Third World.

And, it’s playing a major role today as this year’s American presidential election gets closer.

What do the American people think of China today?

. . . a Pew survey conducted in June and July (of 2020) found that Americans have an increasingly unfavorable view of China, with Democrats especially wary of the U.S.’s close economic relationship with the country and keen to press its leaders on human rights concerns, like the Chinese government’s abuse against Uighurs. Democratic officials are eager to highlight Trump’s record of flattering Chinese President Xi Jingping and overlooking Xi’s failure to uphold his side of Trump’s much-touted trade deal by buying more U.S. goods.” (The Huffington Post, August 22, 2020)

Although the Republicans have chosen not to publish a party platform, President Trump has made clear that being tougher with China would be a top priority in his second term if he is reelected. (Politico, August 23, 2020)

The Democratic party platform, on the other hand mentions China 22 times in largely adversarial terms compared to 7 references in the 2016 document. (The Huffington Post, August 22, 2020)

Let’s look back to the early Cold War for some insight.

The Chinese Revolution of 1949 was an especially traumatic event. Both President Roosevelt and President Truman supported Chiang Kai-shek’s Nationalist China, hoping for a democratic China that would be a pillar of peace in the Far East.

The United States stepped up its economic and military assistance to the Nationalist government, even though American military advisers like General Joseph Stilwell thought that Chiang’s regime was so corrupt that it was not salvageable.

Since Stalin also made his peace with the Nationalist leader, both the Americans and the Soviets were hoping for a reconciliation between the two Chinese factions – Mao Zedong’s Communists and Chiang Kai-shek’s Nationalists. Nevertheless, all efforts failed.

Mao engaged in a form of guerilla warfare that he called the “people’s war,” combining Marxist-Leninist  political and economic theory with insurgent warfare.

The Communists’ base of power was dependent on the peasantry in the countryside, and the strategy was to strangle urban areas by gradually isolating them. Mao was successful.

Chiang’s regime fell, and the People’s Republic of China was proclaimed on the mainland on October 1, 1949.

In the US, conservative Republicans accused President Truman and Secretary of State Dean Acheson of appeasement of communism, although it was obvious to many that Chiang could not have been saved without massive American military intervention.

The unfortunate but inescapable fact is that the ominous result of the civil war in China was beyond the control of the government of the United States. Nothing that this country did or could have done within the reasonable limits of its capabilities could have changed the result; nothing that was left undone by this country has contributed to it. It was the result of internal Chinese forces, forces which this country tried to influence but could not.

Gradually, China began to play a more independent role on the world stage. Even though Moscow and Beijing signed a Treaty of Alliance in 1950, they became increasingly antagonistic toward each other.

The US was aware of the growing friction.

. . . our best defense lies in exploiting potential jealousies, rivalries, and disaffections within the present area of Soviet Communist control . . .

China on the World Stage

At the Geneva Conference on Indochina in 1954, the Chinese are said to have played an important diplomatic role, persuading North Vietnam to accept the compromise with the French that divided Vietnam at the 17th parallel.

In April 1955, Premier Zhou Enlai was a prominent force at the Bandung Conference of Nonaligned Nations in Indonesia. His speech congratulated the new nations in their struggle for national sovereignty and their growing independence from colonialism.

It’s been reported that the Soviets were jealous of China’s appeal to the nonaligned. As a developing country itself, China could claim solidarity with many nations struggling for national identity and modernization.

China’s economic performance in the 1950s outstripped India’s and seemed more relevant than the Soviet Union’s. At any rate, the Soviets were considered a developed industrial power, a part of the so-called Second World along with its Eastern European satellites. China could claim that it was part of the Third.

As early as 1956, Nikita Krushchev declared:

In November 1957, Khruschev convened a world conference of 64 Communist parties in Moscow to try to ensure unity in the international Communist movement. It was Mao’s first time in the spotlight on an international stage. (Previously Premier Zhou Enlai had represented the People’s Republic of China.)

In his message, Mao argued that the new strength of the Communist bloc should be an unrelenting campaign against imperialism. He asserted:

Mao went beyond this, though, and argued that there was no reason even to be afraid of nuclear war.

What if a nuclear war destroyed half of mankind . . . The other half would survive — and so would socialism.

Khruschev was shocked. The Soviets had earlier promised to help China develop a nuclear arsenal of its own. Now they decided that this was a ‘no go.’

Soon after, the Chinese began harassing the Soviet specialists in their country.  The Soviets responded by pulling all of their 12,000 advisers out of China.

By the summer of 1960, the Sino-Soviet dispute was out in the open.

The impact of these activities on the Third World was to push the Soviets into a more competitive stance in order to stave off Chinese inroads as well as dampen Western influence.

The Soviets moved to cultivate countries like Indonesia, India, and Burma, both to contain Chinese influence and to counter the Americans. They also provided aid to African countries like Tanzania and Ghana where the Chinese were active.

In the Third World, then, both Moscow and Beijing were trying to negate Western influence, with the Chinese spurring on increased Soviet activity.

To the Americans, all the talk about “wars of national liberation” was increasingly threatening. Possibilities for peaceful political change and economic development were elusive.

Despite the Sino-Soviet competition, there was no good news for the West.