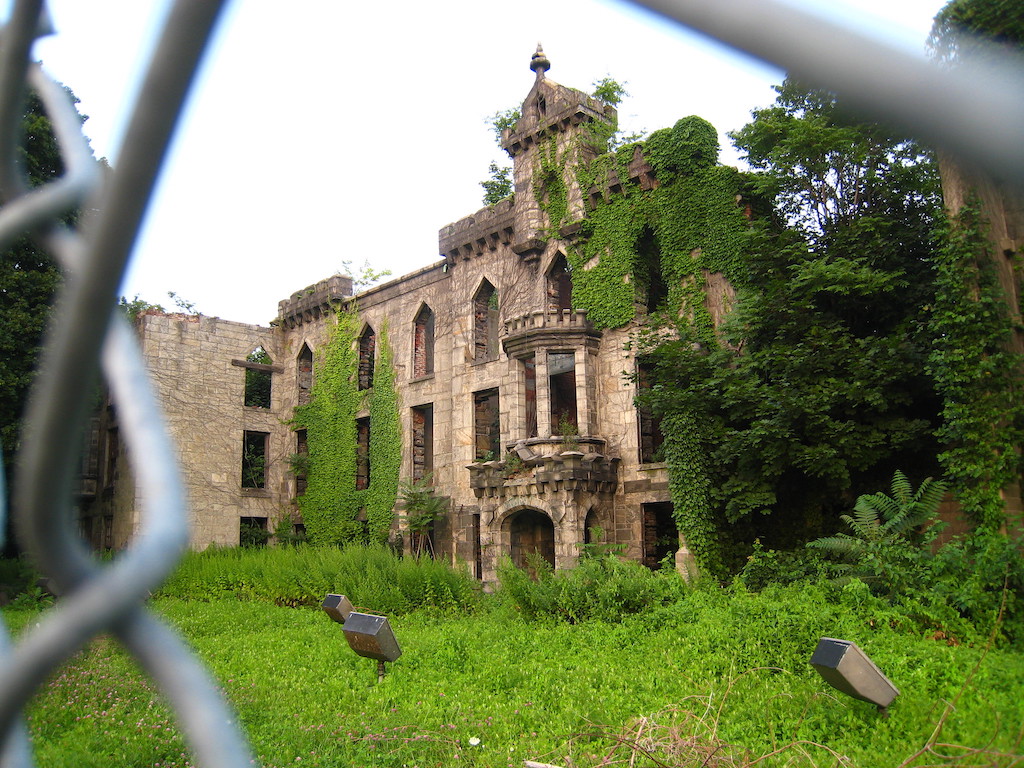 In 1947,  New York City was able to avoid an epidemic of Smallpox. Unfortunately, the world hasn’t been so lucky this time around. Here are 8 health scares that occurred during the Cold War, some very different from the pandemic we’re facing in 2020.

According to a post on Ephemeral New York (March 16, 2020), an American named Eugene Le Bar hopped on a bus in Mexico that was bound for Maine. Soon after boarding, he developed a headache and neck pain. Two days later he broke out in a rash.

Le Bar got off the bus in New York, checked into a midtown hotel and, despite not feeling well, went out sightseeing with his wife. Four days later he was in Bellevue Hospital. Soon after, he was transferred to Willard Parker Hospital, a facility that specialized in communicable diseases. He died there on March 10, and during an autopsy doctors discovered that he had smallpox.

The disease spread to two other people, and then to a dozen more.

The city took speedy action. First, hospital workers and anyone who had come in contact with the infected individuals were vaccinated or revaccinated.

On April 4, New York’s mayor (William O’Dwyer) ordered that the entire city of 6.3 million people be vaccinated or revaccinated. New York didn’t have enough vaccine, so millions of vaccines were quickly manufactured.

A second person died on April 10, spurring the vaccination or revaccination of another 1.3 million people. The city’s slogan became: “Be sure, be safe, be vaccinated.”

In early May, the vaccination program was halted because the outbreak appeared to be contained. We’ll have to wait and see what May brings this time around.

Suspicions and conspiracy theories regarding vaccines have been around as long as vaccines themselves because they are a powerful and, frankly, a scary technology. They are based on placing a version of an often grave disease in the human body, to build up an immune response. In this sense, they carry the potential to create illness instead of preventing it. Most importantly, they are usually administered to a population that is most vulnerable in a physical, social and cultural sense . . .

Suspicions about the development and introduction of live polio vaccines in the 1950s have not only appeared retrospectively. The development of what became the tool of the current global polio eradication campaign was beset by distrust in scientific achievements and worries about intentional harm.

Russian scientists feared that the Sabin vaccine and its trial in the Soviet Union was part of an American plot to sterilize or kill Soviet children by the millions, while American virologists were suspicious of the Russian claims regarding vaccine safety and efficacy based on field trials.

Want to learn more? Check out our guest post by Dora Varga, a lecturer in medical humanities at the University of Exeter. The above information is drawn from that post.

Asian Flu was a pandemic outbreak of Influenza A of the H2N2 subtype, that originated in China in 1956 and lasted until 1958. In its two-year spree, Asian Flu traveled from the Chinese province of Guizhou to Singapore, Hong Kong, and the United States. Estimates for the death toll of the Asian Flu vary depending on the source, but the World Health Organization places the final tally at approximately 2 million deaths, 69,800 of those in the US alone. (https://www.mphonline.org/worst-pandemics-in-history/)

For a first hand account of the ‘Asian Flu Epidemic’, you can check out Sally Edelstein’s blog post. It’s full of visuals that give you a first hand look at the press coverage at the time.

Long a practice range for the US Navy, forests on the Isla de Vieques off the coast of Puerto Rico were also used to test the effects of Agent Orange, a defoliant used in Southeast Asia during the Vietnam War. Studies show that the incidence of cancer among the island’s population is 26% higher than in the rest of Puerto Rico, and the island’s children register high levels of mercury and lead.

In South Vietnam, the President Ngo Dinh Diem was a strong proponent of using herbicidal warfare as a key component of counterinsurgency strategy. Over 1.3 million acres were sprayed in 1968 alone.

As late as 2010, many decades after the war, the question of the long-term effects of exposure to Agent Orange on human health remained controversial. Some scientists have observed a spike in the number of birth defects and stillbirths in areas known to have been heavily sprayed, but others have criticized the methodology used for studies.

The government of Vietnam says that 4 million of its citizens were exposed to Agent Orange, and as many as 3 million have suffered illnesses because of it. While the US government has challenged these figures as unreliable, the government has documented higher cases of leukemia, Hodgkin’s lymphoma, and various kinds of cancer in exposed US veterans.

By April 1993, the Department of Veterans Affairs had compensated only 486 victims out of 39,419 claims by soldiers who had been exposed to Agent Orange while serving in Vietnam.

Agent Orange was also used in Laos and Cambodia.

A category 2 Flu pandemic sometimes referred to as “the Hong Kong Flu,” the 1968 flu pandemic was caused by the H3N2 strain of the Influenza A virus, a genetic offshoot of the H2N2 subtype. From the first reported case on July 13, 1968 in Hong Kong, it took only 17 days before outbreaks of the virus were reported in Singapore and Vietnam, and within three months it had spread to The Philippines, India, Australia, Europe, and the United States. While the 1968 pandemic had a comparatively low mortality rate (.5%) it still resulted in the deaths of more than a million people, including 500,000 residents of Hong Kong, approximately 15% of its population at the time. (https://www.mphonline.org/worst-pandemics-in-history/)

First identified in the Democratic Republic of the Congo in 1976, HIV/AIDS has truly proven itself as a global pandemic, killing more than 36 million people since 1981. Currently there are between 31 and 35 million people living with HIV. The vast majority of those are in Sub-Saharan Africa, where 5% of the population is infected, roughly 21 million people. As awareness has grown, new treatments have been developed that make HIV far more manageable, and many of those infected go on to lead productive lives. Between 2005 and 2012 the annual global deaths from HIV/AIDS dropped from 2.2 million to 1.6 million. (https://www.mphonline.org/worst-pandemics-in-history/)

For a personal account of life during the AIDS crisis you might want to read this article in YES Magazine. It’s titled Love in the Time of Coronavirus: A Reflection on the HIV/AIDS Epidemic.

Watch the video below for a good history of the Love Canal disaster and ramifications.

If you’re like me you like to take the easy way out sometimes, and I thought the easy way to learn about Chernobyl would be to watch the 5 part series on HBO. The important thing here – and one I didn’t always remember – is that this is a fictionalized recounting with not much to glean that’s actually accurate.

Here are some more factual things you should know:

(For more information you might want to read the BBC’s assessment of The True Toll of the Chernobyl Disaster. You can read it here.)

You still might want to watch the HBO series to pick up on life in the Soviet Union at the time, and the atmospherics of the disaster. Just don’t use the information presented there in your research or on an exam.

Can you think of other scares? Let us know in the comments section below. I thought of the Bhopal disaster in India a bit too late for this post. (You can read about it on Wikipedia here.)

The photo by Amit Gupta (Flickr) is of the Smallpox Hospital on Roosevelt Island in New York City. It was abandoned in the middle of the last century.