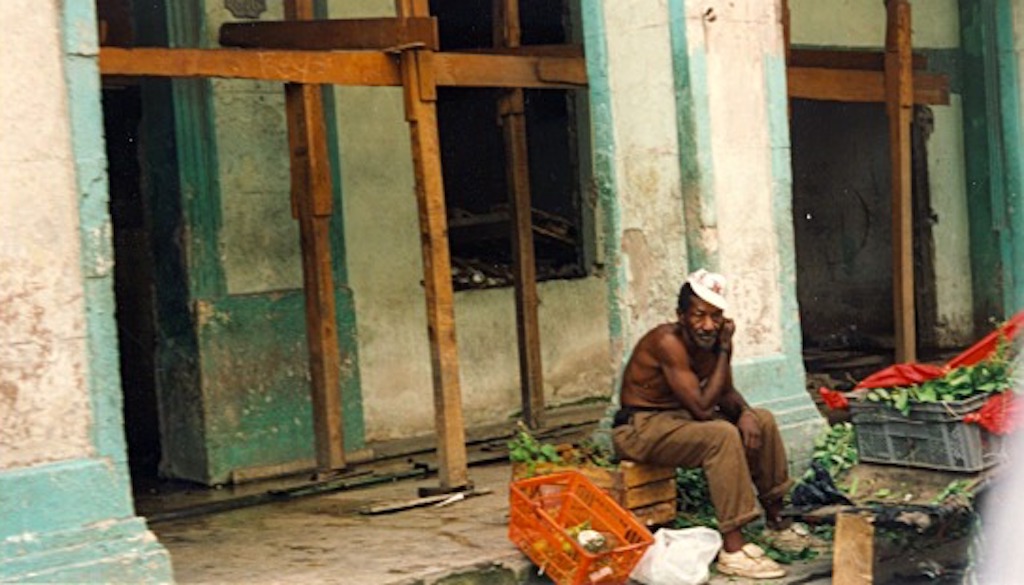 The Special Period (of War) in Time of Peace began in Cuba with the end of the Cold War in 1990. At that time, the nation was abandoned by the Soviet Union. Dire economic circumstances were further complicated by a tightening of US sanctions against the island nation.

In the absence of the Cold War and its sponsors, Havana was forced to look for ways to solve its social and economic challenges without external assistance.

Cuba was not totally unprepared, however. As early as 1986, Cubans were rejecting Soviet models of economic and social planning and were insisting on a return to the core Revolutionary project that spurred social development in the 1960s. You can read more about this period of time here.

While corrections were seen as a necessity and new programs were soon underway, the Period of Rectification (1986-1990) came to an abrupt end with the introduction of glasnost and perestroika in the Soviet Union and the democratization of Eastern Europe.

Because Cuba’s economy was so intertwined with that of the Soviet Union, the impact of change could not be gradual. Rather, it was a shock that permeated every city block and household in Havana.

At the same time, the US tightened sanctions against the island as a whole through first the Helms-Burton Act and later through the Torricelli Act.

The end of the Cold War meant the near total collapse of Cuba’s principal trade agreements with the Soviet Bloc.

As early as the late 1980s, Gorbachev was unwilling and (eventually) unable to fulfill his trade obligations with Cuba.

The economic shock that resulted affected every aspect of Havana’s urban environment.

The absence of imports, especially, threatened the viability of the city’s industrial, transportation, and agricultural infrastructures because, under agreements with the former Soviet Union, Havana had been an oil driven city, insensitive to energy conservation or efficiency.

According to Richard A. Dello Buono

Cuba imported approximately $7.2 billion of goods from the Soviet Union in 1988, mostly oil, machinery, wood, metals, and fertilizer. The Soviet Union, in turn, received some $6.5 billion of Cuban goods, mostly sugar, with nickel and fruit providing the bulk of the remainder. In mid-1990, the Soviet ambassador to Cuba ‘declared that Russia and Cuba are interdependent, indicating that 30% of the Soviet Union’s sugar and 50% of its citrus fruit was coming from Cuba as well as significant amounts of nickel and cobalt, and increasingly, medical services’.

In fact, 98% of all Cuba’s petroleum had come from the Soviet bloc.

In 1988, for example, 12-13 million tons of Soviet oil were imported and, of this total, the Cubans were able to re-export two million tons onto the world market.

By the end of 1991, oil imports had fallen still more. Cuba received only 6 million of a promised 13 million tons and, by this time, the shortfall in oil and associated factors began to severely impact the city’s economy.

While oil was critical, other losses were also important since 85% of all exchanges had been with the Soviets.

In terms of exports, 66% of all Cuba’s sugar, 73% of the island’s nickel, and 98% of the country’s citrus fruits had been exported to the Soviet Bloc.

Aside from oil, 66% of the country’s food, 86% of all raw material, and 80% of machinery and spare parts came from Soviet dominated trading partners.

Consequently, when the support was withdrawn, factory closures became common, food scarcity was widespread, and the (already inadequate) technology base began eroding.