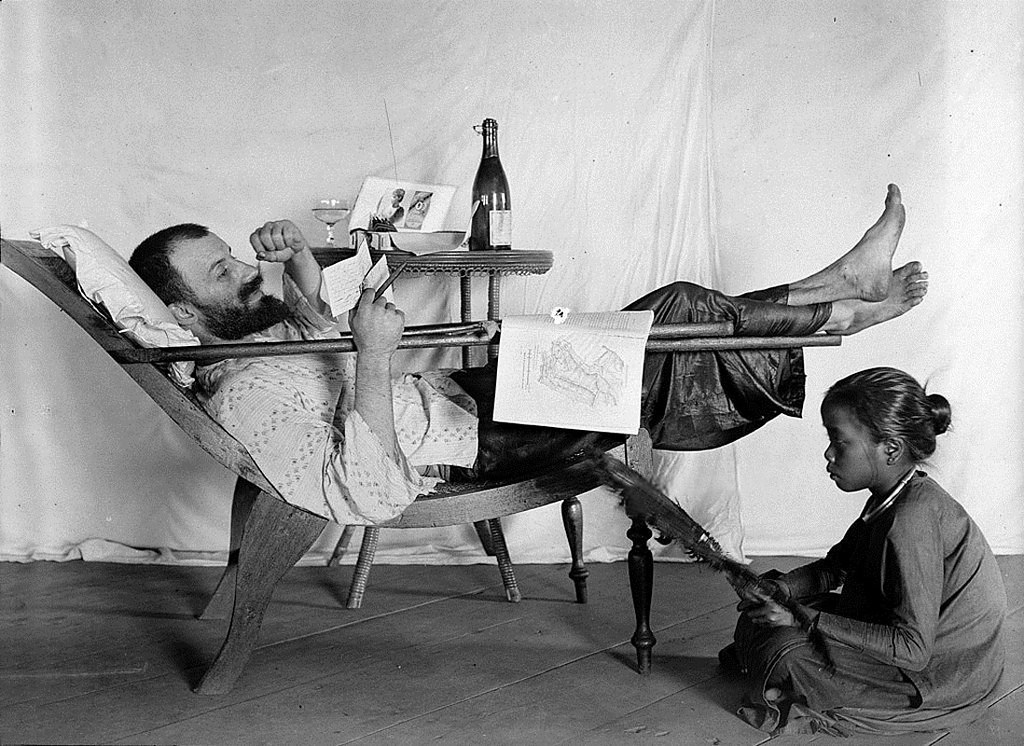 The Cold War rivalry between the United States and the Soviet Union was fought on several fronts:

In many ways, the war in the developing world is the most interesting because it coincides with the process of decolonization.

Many of the Cold War’s sharpest confrontations erupted in formerly colonized regions —  in Korea, the Congo, Cuba, Indochina, the Middle East, as well as in Afghanistan.

The Origins of the Cold War

The Cold War was a conflict of philosophies as well as ideologies, and its origins go back well before 1945. In fact, differences between the U.S. and the Soviets became quite apparent at the end of World War I when the European colonial empires began to crack. At this time, both Lenin, the head of government of Soviet Russia,  and Woodrow Wilson, the American president, saw themselves as model and patron for the political movements that were seeking national independence. Lenin was a famed revolutionary and political theorist while Wilson was the father of modern American internationalism and world leadership.

The Unraveling of Old Empires

The Second World War completed the unraveling of the old empires. Simultaneously, the United States and the Soviet Union were propelled into superpower status. Latin America and the ex colonial lands of Asia and Africa were thrust into an uncertain future as they became significant players in their own right.

For Wilson’s and Lenin’s successors, the developing regions became a furious testing ground of competing political and economic ideas. Marxist versus capitalist theories of economic progress, totalitarian versus democratic modes of political organization, and class struggle versus collective security as principles of the international order — all were on the table.

The Superpowers Respond to the Struggle for Independence

Each superpower’s response to the struggle for independence in the colonial domains went to the heart of its sense of mission, its image of itself.

Early on, Lenin saw the value of anticolonialism as a weapon against the Western powers. Marxists who believed that imperialism depended on colonial exploitation believed that revolution in the Third World would seriously undermine the remaining imperialist powers. But the Soviets faced choices. Should they back only Communist or radical parties in these colonial domains? Or was it okay for them to align themselves with “bourgeois” nationalist forces (sometimes the enemy of the local Communists) who might be more significant partners in the fight against the West?

The Americans faced even tougher choices. For a century and a half, the U.S. had remained isolationist. But, there was now an argument for engagement. As Peter Rodman notes in his book More Precious Than Peace:

Our championship of independence for the colonial peoples in the twentieth century was an echo of America’s own origins, the mandate of our ideals.

After World War II, when America emerged as a great power, a tension developed between our idealism and our growing sense of responsibility for international order. Did resisting communism justify certain means — like military force or covert action or backing rightist dictatorships? Increasingly often, we found ourselves on unsteady ground, defending morally flawed but friendly governments against Soviet assaults. Could we do what seemed necessary to combat Soviet influence while remaining faithful to our own moral standards?

A Summary: Cold War Competition in the Third World

In the end, the American recovery in the 1980s succeeded in restoring the balance of the international system. Troops of the Soviet Union or Soviet allies retreated from Afghanistan, Angola, and Cambodia.

Still, in America, ideological divisions between the Left and Right, debates over the morality of clandestine operations, the struggle between Congress and the president over control of foreign policy, differences over how to negotiate with the Soviets, attacks on the U.S. State Department’s conduct of diplomacy, and bureaucratic battles within the U.S. government over turf and policy all came to the fore. These same issues plague us today.