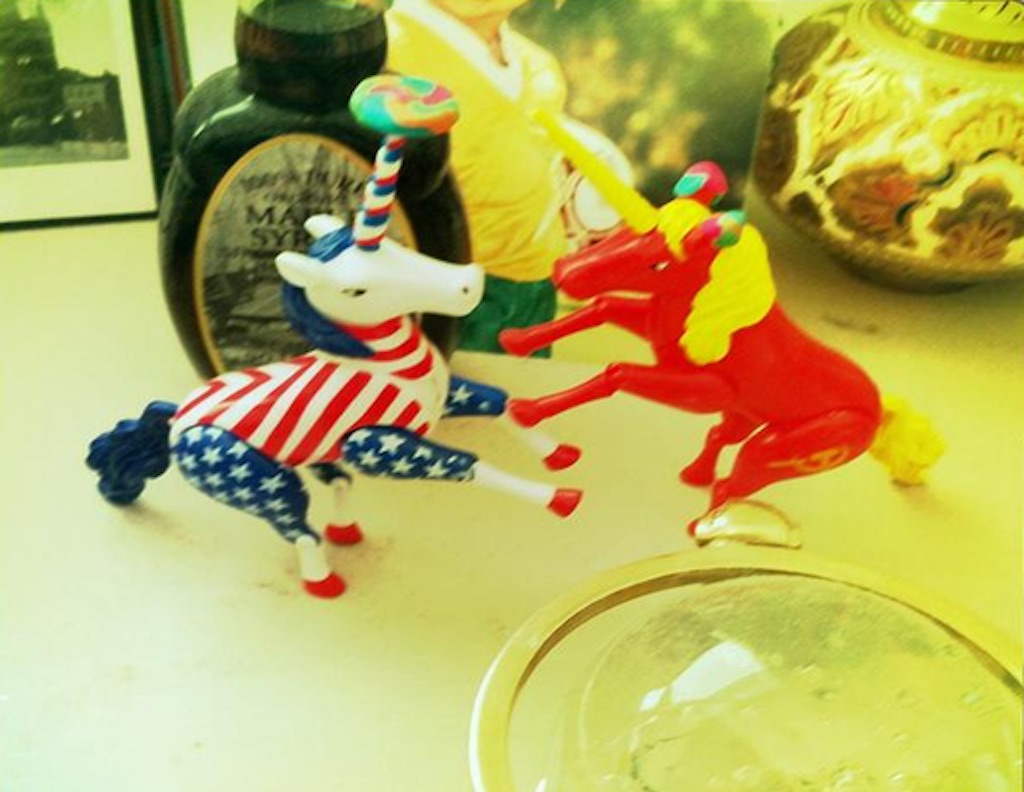 At the first Cominform conference in September 1947, Andrei Zdanov, Stalin’s Politburo colleague, articulated the Soviet response to Mr. X. He surveyed the Russian view of the global situation as it had emerged from World War II.

In what has become known as the Two Camp Speech, Zdanov announced that American economic power was organizing Western Europe and “countries politically and economically dependent on the United States, such as the Near-Eastern and South-American countries and China” into an anticommunist bloc.

The Russians and the “new democracies” in Eastern Europe, Finland, Indonesia, and Vietnam meanwhile formed another bloc which “has the sympathy of India, Egypt and Syria.”

Zdanov argued that the world was now divided into two camps, the “imperialist and anti-democratic camp” and the “anti-imperialist and democratic camp.” This two-camp view of the world had previously dominated Russian policy between 1927 and 1934 when Stalin bitterly opposed the West. Post WWII, it became known as the Zdanov Doctrine.

As you can tell, this ends our series on the Cold War A to Z.  (CLICK HERE TO DOWNLOAD COLD WAR UNVEILED! IT’S FREE!!)

COLD WAR UNVEILED lets you learn about the Cold War while you’re on the go!

Ever wished you had an easy and FUN way to learn about Cold War History and Politics?

Are you a student? A history buff? An erudite conversationalist?

Do you want to WOW your friends and colleagues with your Cold War expertise? Or do you just want to pass a test?

Whatever your reason, the COLD WAR UNVEILED E-BOOK  is just right for you. Designed and written in A to Z format, it’s an easy and enjoyable way to learn the facts and make them stick.

COLD WAR UNVEILED takes you through the events and happenings of the half century confrontation between the United States and the Soviet Union known as the COLD WAR. That conflict still shapes our lives today.

You’ll learn the language that you need to know to discuss Cold War History and Politics knowledgeably and intelligently.

You’ll learn about the facts, concepts, and occurrences that have influenced our 21st century world.

From the end of World War II in 1945 until the ultimate collapse of the Soviet Union in 1990, the world was polarized by a global rivalry between two wartime allies, the Soviet Union and the United States. The Cold War’s impact was global in scope and created divisions based on free world orientation, socialist orientation, or nonalignment. The legacy of this conflict continues to shape the geopolitics at work in our world today.

is meant to provide a quick, easy to read, introduction to the complex Cold War concepts dominating the last half of the 20th century.

The legacy of the Cold War is still with us as we confront the problems of today’s world: the complex relationship between Russia and the United States; the residue from wars in Afghanistan and Iraq; the continuing American embargo and travel restrictions in place regarding Cuba; the nuclear stalemate with Iran; the drain of military expenditures on strained economies; the sway of the defense establishment on public policy decision-making. Whether you want to shine at a cocktail party or pass an exam, Cold War Unveiled is the illustrated primer you need to achieve your goal.

BE SURE TO DOWNLOAD YOUR COPY OF COLD WAR UNVEILED: ARMS RACE T0 ZDANOV DOCTRINE