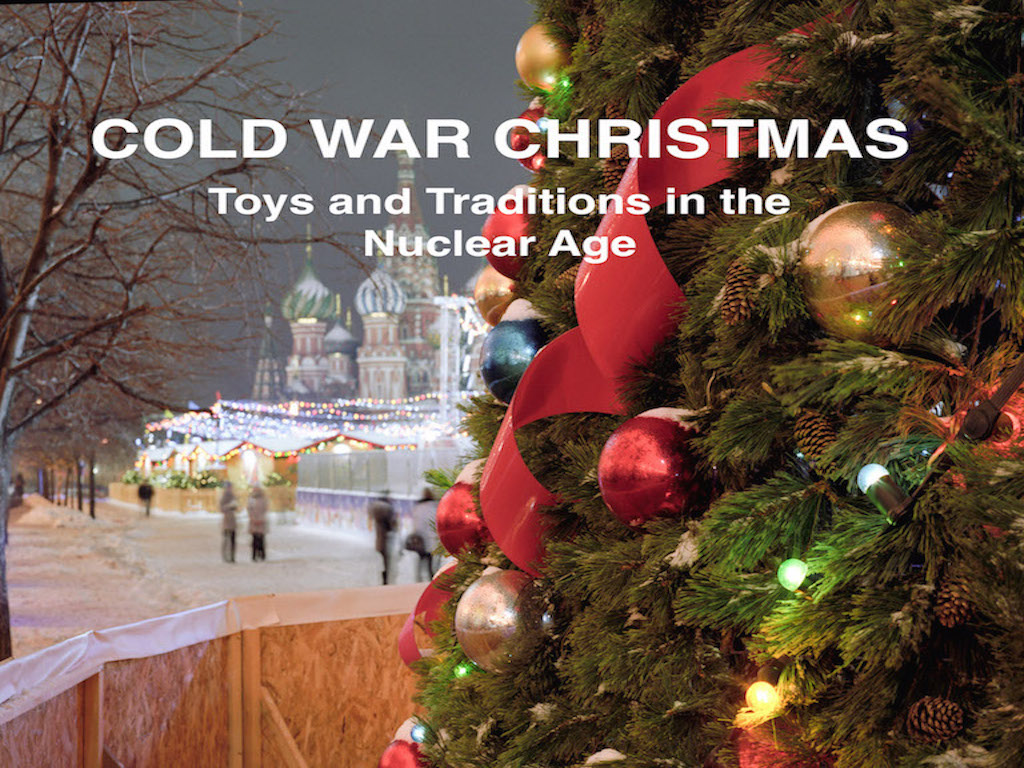 You Can Find the whole magazine here. (You can also read each individual article on the blog. Just follow the link following the article’s description.)

Here are the articles you’ll find in this issue:

COLD WAR TOYS AND THE BIRTH OF CONSPICUOUS CONSUMPTION

Early Cold War toys tell us a lot about the beginning years of the half-century conflict between the United States and the USSR. During this timeframe, ideology permeated all aspects and objects of daily life. Even toys! After all, toys were one way that parents could communicate the important issues in their world to their children. You can read the whole article here.

Most Americans had so demonized the Soviets that it was hard to visualize Russian families around a Christmas tree opening presents just like in the US. This was a big mistake because, according to Chinese propaganda, even Lenin celebrated Christmas. You can read the whole article here.

According to American Cold War ideology, homemakers in the United States were a bulwark against communism, fortifying the family social unit that was basic to a democratic society. In contrast, in the Soviet Union, communism drove women out of the home and put them to work, forcing children into state-run daycare centers and assaulting the family. In response, postwar American society emphasized the importance of the “traditional” family structure which had a male wage-earner and a female housewife and mother.  You can read the whole article here.

While girls were busy learning about fashion from Barbie, running their faux real vacuum cleaners, and decorating their doll houses, boys were learning not to be “sissies.”

Spurred on by an article in a 1950 issue of Better Homes and Gardens titled “Are We Staking Our Future On A Crop of Sissies?”, toy manufacturers created toys for boys that were more topical and political than what Cold War society considered proper play for girls. You can read the whole article here.

TOYS FOR THE ATOMIC AGE

Not all boys’ toys had to do with cowboys, astronauts, and soldiers. A large group of playthings were designed to prepare boys to fight the wars of the future — the wars of the nuclear age. You can read the full article here.

I hope you enjoy this post and, even more, I send best wishes to you and your families for a wonderful and festive holiday season. And remember! Cold War Studies is all about  Cold War history, culture, and politics. But we’re also about Cold War fun! Happy Holidays From My House to Yours.