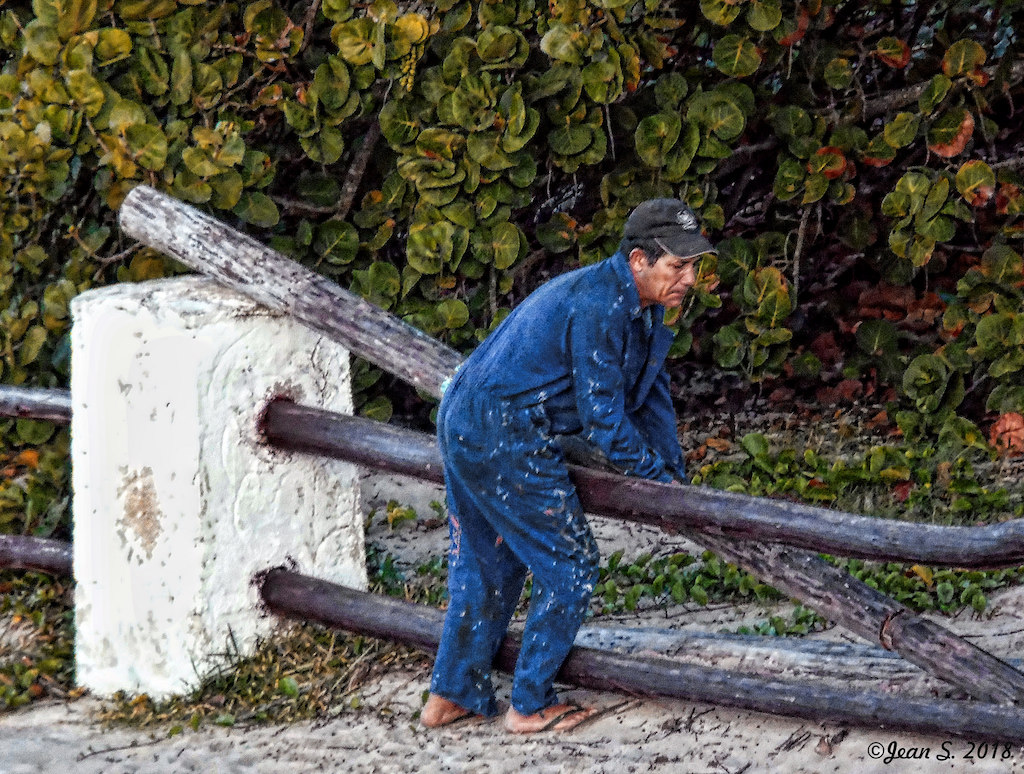 The outflow of Cuban labor associated with the country’s military activity overseas is well documented. However, Cuba’s export of labor flows for revenue and training purposes is less discussed. Still, these programs affected Havana during the 1970s and 1980s because they targeted the most desirable members of the city’s labor force, young men loyal to the revolution.

Most of the workers selected were at the lower end of the 18 to 27 age bracket. They were required to be single, have completed elementary school, have a “revolutionary record” and good moral character, and pass a physical examination. Twenty percent of the workers were female, and a high percentage (50 percent or more) were members of the Union of Communist Youth (UJC). The tour of duty was generally four years, with the first six months devoted to training. At mid- assignment, the workers were given an all expense paid home leave.

In conjunction with Cuba’s international military activities and civilian assistance programs, migration exacerbated the labor challenges that Havana was facing. Now the city was increasingly required to solve problems encompassing revolutionary promises of full employment in the context of its expanding unskilled and unmotivated labor supply.

During the decade of the 1970s, the economically active population in Cuba — those employed, unemployed or first-time job seekers — was increasing at an annual rate of over three percent a year. This growth was expected to continue at the rate of two percent per year over the decade of the 1980s after which it was expected to drop substantially. Exporting labor was one way to deal with the expanding supply of workers.

By the second half of the 1970s, Cuba was supplying unskilled labor to factories in East Germany and Czechoslovakia and, in the early 1980s, Cuban workers were also sent to Hungary.

The number of Cuban guest workers abroad grew from 12,000 in mid-1981 to approximately 15,000 in early 1983, and the number was anticipated to climb to 50,000 by the end of 1995. By that time, Bulgaria was also expected to host Cuban workers. Cubans began to work in the Soviet Union in the mid-1980s and, in 1989, Cuban construction workers were sent to Armenia to assist in construction after a major earthquake. These workers filled the need for labor in the most developed communist countries.

While labor migration is thought to be a phenomenon associated primarily with capitalism, several explanations have been given for the shortage of workers in centrally planned economies. These include a tendency for enterprises to overestimate the number of workers they actually need, a demand for additional labor resources to meet quantitative output goals and, conversely, a tendency to underestimate costs, resulting in a systematic understatement of labor requirements.

The Cuban government used both of these reasons in presenting its rationale to the Cuban people. The government argued that through 1975 employment had outstripped supply. However, since that time:

. . . the troubles that arise from the [US economic] blockade and the very nature of underdevelopment, have not permitted the balanced growth between labor supply and demand, so that there has been a slight imbalance in favor of those entering the labor force during the five-year period 1976-1980.

. . . since Cuba would need skilled workers to operate the new industries already invested in or planned, sending young workers to Eastern Europe to receive training was seen as being beneficial to Cuba in the medium and long term.

The majority of workers assigned to Eastern Europe were first time entrants into the labor force who had been recruited by local organs of People’s Power. These workers signed an employment agreement with CUBATECHNICA, an enterprise within Cuba’s State Committee for Economic Cooperation.

After a six-month training period, Cubans were said to receive the same salary and be subject to the same work rules and working conditions as other workers in the host country. They were also eligible for productivity bonuses and fringe benefits — paid holidays, medical services, and social security.

CUBATECHNICA acted as an intermediary in the payment of wages. Domestic currency accounts were opened in Cuban banks under the workers’ names. From these accounts, the Cuban government deducted expenses for clothing, lodging, and transportation. The balance of the account was turned over to the worker upon his or her final return. In the interim, relatives or other individuals in Cuba (authorized by the worker) had access to the account. Returning Cuban workers were permitted to import duty-free the goods they had purchased while abroad. Some workers who had “excelled in their work in East Germany were allowed to import a motorcycle upon their final return.”

Interestingly, guest workers from Cuba employed in other socialist countries faced problems similar to those encountered by the same type of workers in Western Europe. They were accused by permanent residents of criminal activity — black market activities, drug trafficking, capital crimes, and prostitution — and they were sometimes involved in disturbances with locals. One such event was described as follows:

The incident reportedly began when a German blocked the entrance of a Cuban guest worker to a discotheque. During the fight that ensued, a German citizen was knifed to death. Subsequently, a group of Germans approached the area where the Cuban guest workers lived, seeking revenge, and defaced the Cuban flag. The near-riot ended when the police intervened.

Similar  happenings occurred occasionally despite the knowledge that any guest worker engaged in antisocial or disruptive behavior would be deported immediately.