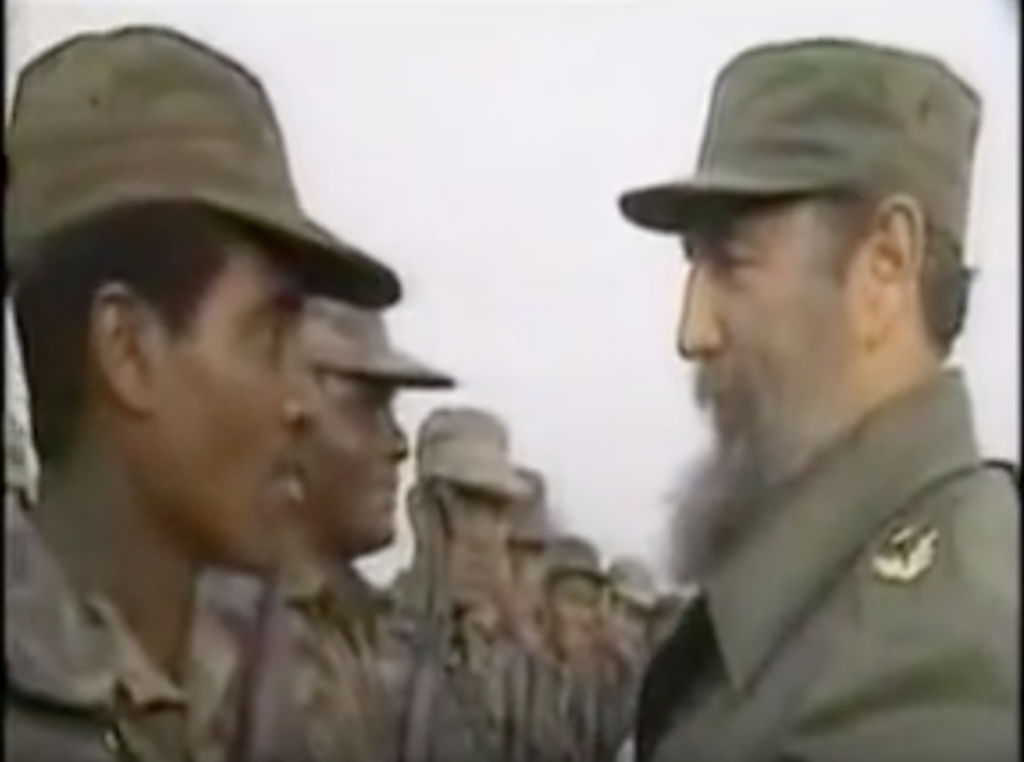 During the 1970s, Cuba expanded its involvement overseas, initially volunteering, but soon selling its military and civilian services to other nations of the Third World.

Some argue that Cuba was merely a puppet with the Soviet Union pulling the strings. However, many believe that Cuba had its own reasons for international opportunism. In fact, as can be deduced from discussions on housing and consumer goods, it is certainly plausible for Cuba to have adopted its 1970s outreach policy largely because of domestic economic considerations.

As a consequence of Soviet trade bloc deficiencies, the Cubans continued to approach capitalist countries for needed items, and this activity, in turn, resulted in a cumulative deficit with Western industrial countries totaling $2.6 billion for the years 1975-1978. At the same time, the regime began providing both military and civilian assistance worldwide. These commitments expanded over time and Cuba was eventually paid on a contract by contract basis.

By 1977, Cuba had about 5,400 workers in Africa. By 1978, there were close to 39,000 military advisors and troops in Africa, and by 1980 the government was involved in civilian assistance programs in thirty-seven countries. These outreach efforts served as a pressure valve for the urban labor market and provided a variety of material perks for participants. Benefits included a 20 percent raise in salary, special pension benefits, priority access to housing and other scarce consumer goods, prestige, and access to party membership.

Construction was the principal component of the civilian aid program and, by the late 1970s, about three percent of Cuba’s construction workers were involved in overseas projects. They built hospitals, highways, hotels, poultry complexes, milking barns, airports, and schools in a variety of locations such as Peru, North Vietnam, Laos, Guinea, and Tanzania.

The number of construction workers overseas rose from 4,500 in 1978 to 7,900 a year later, and it was estimated that 25,000 would be assigned overseas jobs in the “near future.” Meanwhile, medical and education projects were also common.

Many other specialists also ended up overseas, including experts in such diverse activities as agriculture, sugar cultivation and refining, fishing, transportation, cattle raising, irrigation, industry, economic and physical planning, and management.

Certainly this was a loss for Havana and other places of origin within Cuba. At the the same time, there were clearly economic gains for the workers, as we have seen, as well as benefits and advantages for the society as a whole.

The overseas assistance programs provided a reasonable amount of hard currency, about $50 million in 1977. Two years later only two contracts (those with Libya and Angola) generated 18 percent of the value of Cuba’s hard currency trade. The country also benefited by establishing relationships with potential suppliers for key import needs and by opening up investment opportunities. For example, Cuba was granted permission to operate within Angola’s fishing zones and also received permission to operate fishing vessels off the West African coast, a boon for one of Cuba’s key economic sectors.

Despite their benefits, the aid programs had several negative consequences at home. Since seventy percent of those fighting in Angola were reservists, Havana lost civilian personnel. Many employers became increasingly reluctant to release workers for active duty because overseas programs deleted the domestic labor force of skilled personnel at a time when unskilled laborers were flooding the streets of Havana. Those available for work in the capital lacked the skills required by many of the vacancies. At the same time, the unemployed received 70 percent of their prospective wages while waiting for a job to materialize.

Aid programs were highly dependent on construction workers and, as can be deduced from the state of Havana’s housing, this was the employment sector that the city could least afford to lose.

Construction contracts were highly competitive and the best workers and craftsmen were sent abroad in an effort to avoid losing the projects. Not surprisingly, the number of housing units declined as the number of construction workers sent overseas expanded.

Scarce building supplies were diverted to the export economy. For example, cement, an item always in short supply, was exported in 1975 for foreign exchange. Similarly, opportunity costs could be cited for the loss of teachers and medical personnel.

Despite some drawbacks for society as a whole, workers were quite eager to volunteer for overseas assignments. “When Castro called for volunteers to serve in Nicaragua . . . 29,500 teachers offered to go.” Their willingness can be interpreted in several ways. First, the effort might be seen as a way to serve the revolution. On the other hand, given the scarcity and cost of consumer goods, volunteering might be seen as an opportunity to gain economically.

Whatever the reason, as a variety of overseas opportunities developed, many habaneros, along with other Cubans, made themselves available for the type of overseas work more usually associated with capitalist workers.