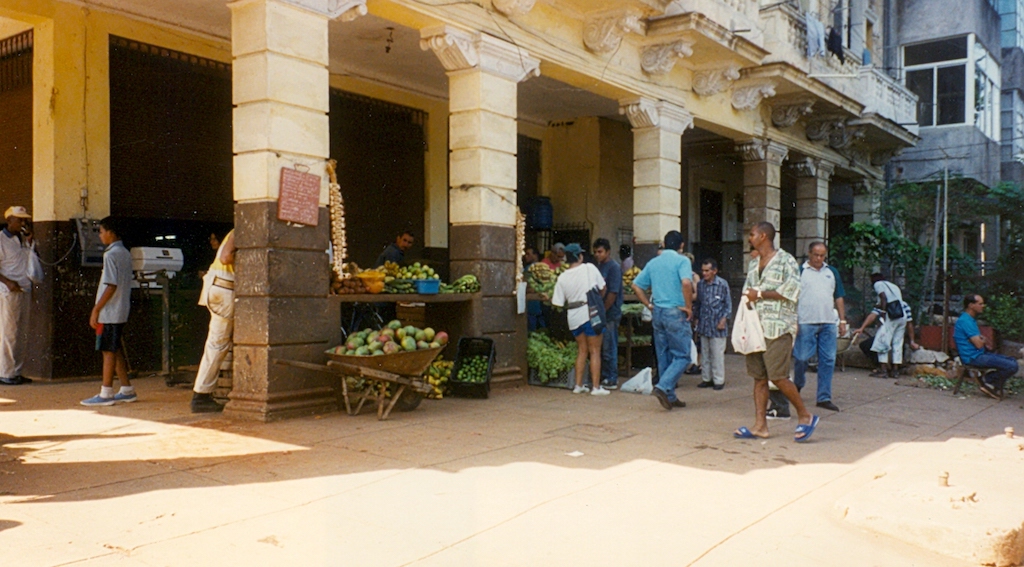 As previously stated [see Cold War Cuba: Demographic Change (Part 1)], the policy of full-employment had been maintained at the cost of labor productivity leading to the new emphasis on material incentives (brigade housing units, for example) at the expense of conciencia. Conciencia, as you’ll recall, was the creation of a fresh mindfulness that would lead to a unique revolutionary ethic.

Cuban wages and salaries were quite low with respect to available consumer goods.

Shortages and high prices were common for “nonessential” goods such as refrigerators and television sets, and many items were only available in an officially established “parallel” market” where products were sold at much higher prices than rationed goods. (Many things were also available on the “black market” at prices which very few average Cubans could afford.)

It is important to note that shortages and high prices were not restricted to luxury items. As Diaz-Briquets and Perez show, in pre-revolutionary Cuba, per capita yearly rice consumption was about 50 kilograms. After the revolution, each person was allocated approximately 27 kilograms of rice per year, five of which were provided by ration. Thus, consumers were required to supplement their rations by purchasing rice on the black market for about two pesos per pound.

Mesa-Lago says that on the black market “an entire monthly wage could be spent on one pound of coffee, a pair of shoes, a meter of fabric, and a couple of pounds of beef.”

Clearly, in the years of declining fertility, the Cuban economy was unable to satisfy even the most basic of material needs. Nevertheless, it is important to observe that for many Cubans who had been underprivileged before the Revolution, post-revolutionary gains in equity had made an enormous and positive difference in their lives.

As regards the debate on the importance of “modernization,” a lowering of infant mortality rates as well as many other improvements can be clearly linked to Cuba’s advances in healthcare.

The debate centering on poor economics versus better healthcare is certainly relevant to the countrywide debate on declining fertility. However, there is another, much simpler explanation for Havana’s fertility decline. Simply put, Havana has had a continuing shortage of men. The. 1981 census reports that Havana is the only region in the country with fewer men than women for each 1,000 inhabitants. In 1990, there were about 10 percent more women than men residing in the city.

A 1997 study found that 55.6 percent of those migrants who arrived in the capital prior to 1995 were women.

One of Cuba’s principal demographers has stated that women make the migration decisions in Cuba, not men. Thus, even when a male relocates, a woman has been the “behind the scenes” decision maker.

Cuba’s female driven rural-urban migration is quite unique by developing world standards where, most usually, men make the decision to migrate and relocate without their families.

Rural-urban migration, as well as legal and illegal emigration, in conjunction with fertility decline, have assured both the aging and the feminization of Havana’s population. Havana’s growing concern (like the United States) is with the increasing cost of social security and medical care.

The aging of the capital is evident in statistics garnered from the Cuban census which show that the youngest cohort, the group between 0 and 14 years, has declined from 36.9 percent of the total population in 1970 to 30.3 percent in 1981. From this perspective, Havana’s future vibrancy seems threatened and the city’s current prospects become quite different from the rosy picture painted by urbanists obsessed with such issues as overurbanization and rank-size.

Havana’s slow growth has not eliminated problems generally associated with urban excess: environmental degradation, substandard housing, and insufficient demand for labor. In the 1970s and 1980s these problems became increasingly severe despite the slow expansion in natural increase, low rates of rural-urban migration, and export of labor flows.

Purposeful government policies adopted to cope with problems in the economy have exacerbated the fertility decline, the aging of the population, and the predominance of unskilled workers in the labor market.

While longterm prospects may portend a smaller population (and more jobs and housing) due to the natural mortality rate, the picture is still of a city struggling to survive, overwhelmed by the inherited problems mentioned above.