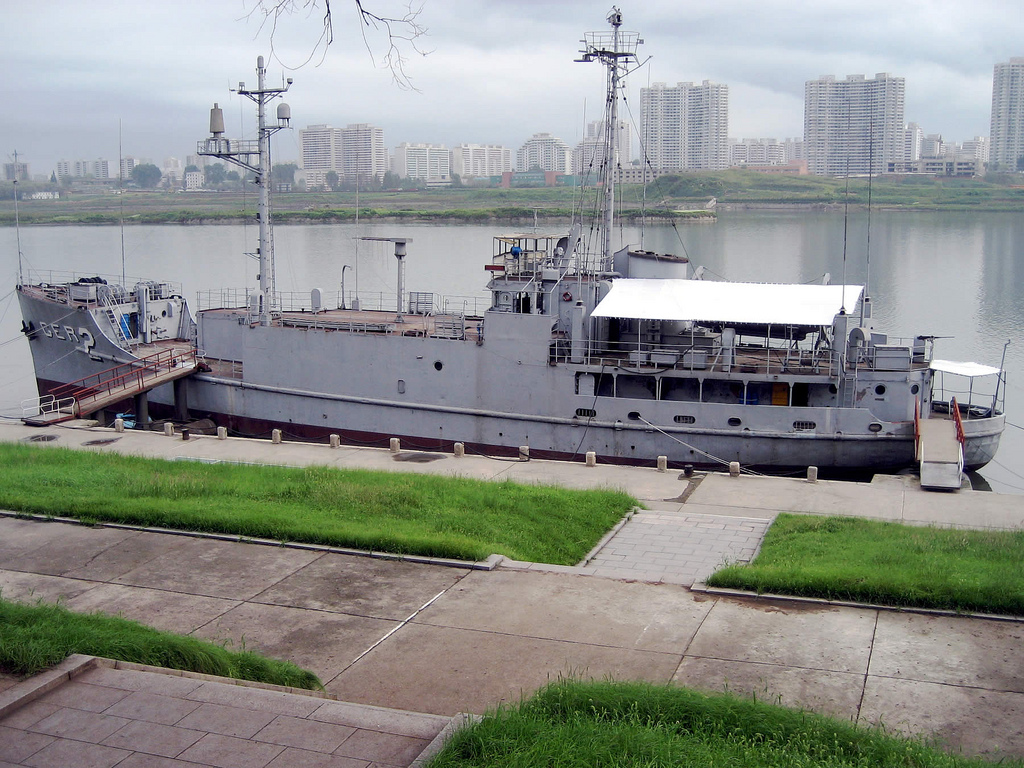 “to hinder the movement of Koreans to South Vietnam and to harass the US in its conduct of the war in Vietnam.”

“The North Koreans were aware of the Tet Offensive in Vietnam, which was scheduled to take place eight days later. They were trying to divert U.S. military resources from Vietnam and pressure the South Koreans into recalling their two divisions from that area.”

Want to learn more? Read Mitchell B. Lerner’s book: The Pueblo Incident: A Spy Ship and the Failure of American Foreign Policy.”

Photograph by David Stanley (Flickr). The spy ship USS Pueblo, captured in 1968, is now a museum in Pyongyang, Democratic People’s Republic of Korea.