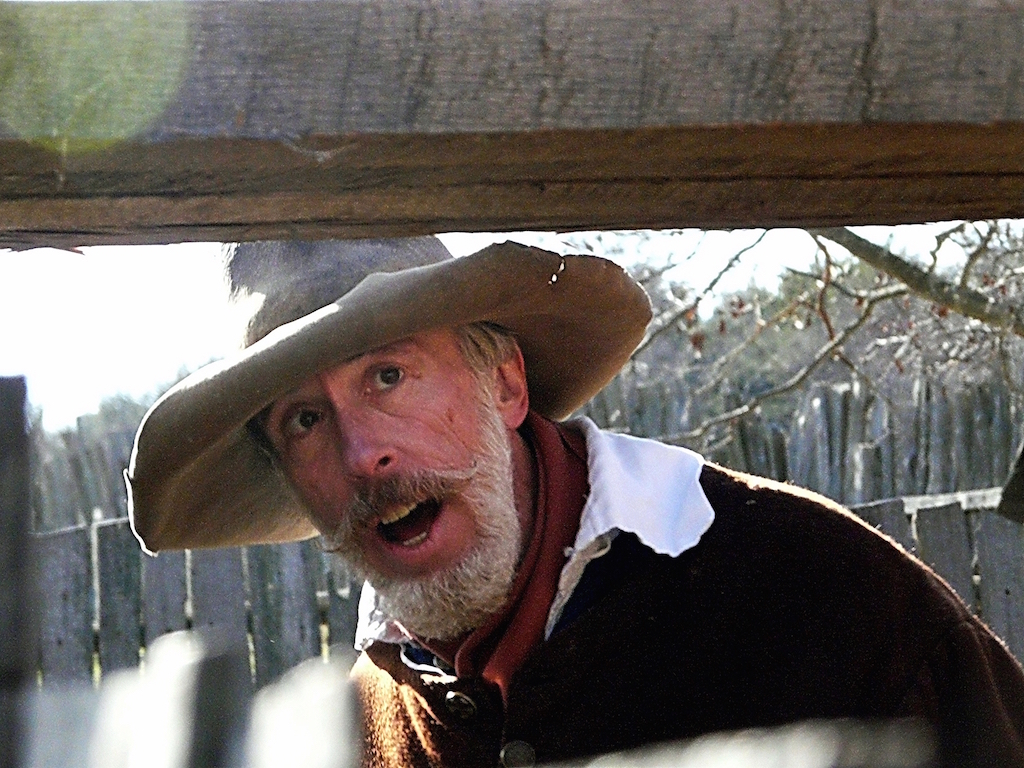 I am a Cold War baby, born into a contentious and argumentative Irish-American family. Holidays  and Sundays always found someone storming away from the dinner table. But there were certain things we didn’t fight about — like Santa Claus and the Pilgrims. I thought they were sacred. But I learned something today when I came across a multitude of articles arguing about the meaning of Thanksgiving. Santa Claus may still be sacred, but the Pilgrims certainly aren’t.

This may not mean much to you if you don’t live in the United States, but just bear with me. Every country has its heroes and its legends and, for most Americans, Pilgrims top the list. They’re the backbone of our country.

The story I heard when I was growing up goes something like this:

Settlers arrived in the New World on the Mayflower in 1620 to escape religious persecution. They established the Plymouth Colony in Massachusetts, but then went through some very hard times.

The native Americans helped them, and the colonists had a good harvest. In gratitude to God, they held the first Thanksgiving, sharing the fruits of their labor with Squanto and other Indian friends who had taught them how to hunt and farm in their new environment.

The Thanksgiving celebration became a yearly tradition soon shared with the other early colonies. As America grew and prospered, the annual holiday of thankfulness and gratitude was institutionalized, continuing until the present.

Is this the story you grew up believing? Maybe. Maybe not.

If you grew up in the second half of the Cold War you might have heard a different take. I only heard it recently. The new interpretation of Thanksgiving which has been around since at least the late 1960s goes something like this:

The early settlers at Plymouth experimented with a system of collective ownership of farmland which led to widespread famine. They eventually abandoned this system in favor of private ownership. Farmers became more productive, the harvest was bountiful, and Thanksgiving was their celebration. This makes the Pilgrims America’s first staunch anti-communists.

Well wait a minute! This narrative was first told through a Cold War lens, and first gained popularity at the height of the Cold War.  The actual timeline tells a different story.

The “common course” was abandoned in 1623, two years after the first Thanksgiving celebration. At that time, because of a corn shortage, the colonists “began to think how they might raise” more.  It was decided, according to their governor, William Bradford, that “they should set corn every man for his own particular, and in that regard trust to themselves.” Bradford “assigned to every family a parcel of land,” ending the communal cultivation of corn.

So what’s the real story?

I think the best way to find out would be to plow through a couple of books. The most definitive would be Governor William Bradford’s Of Plymouth Plantation, first published in full in 1856. The most popular version of this writing, though, was edited by the historian Samuel Eliot Morison in 1952. I haven’t read the governor’s journal, so I can’t expound on his story, but I do know that Morison’s version was published during a time period when Americans were becoming extremely suspicious of the Soviets and their economic system. So it’s fair to say that the work was edited through a Cold War lens. But don’t take my word for it.

Richard Pickering, a historian of early America and Deputy Director of Plimoth Plantation, a museum dedicated to keeping the Pilgrims’ story alive says:

The Challenges of the cold war and dealing with Russia are reflected in the text . . . .

Across the political spectrum, there’s a tendency to grab a hold of some historical incident and yoke it to a current agenda. It doesn’t always mean there’s no connection, but often things are presented as historical first, rather than as part of the agenda first.

Another book you might want to read is Making Haste From Babylon: The Mayflower Pilgrims and Their World (2010) by Nick Bunker. I haven’t read this book either. So I can’t really answer the questions: What is historical fact? What is political agenda?

But I have figured out that the political ‘right’ in the United States has its own version of Thanksgiving, a revisionist history that’s very different from the narrative that I learned as a kid in my very conservative community. Instead of thankfulness and family, this group’s focus is on the idea that Thanksgiving is a celebration of the pilgrims’ abandonment of socialism in favor of free enterprise.

Various conservative and libertarian personalities have weighed in on this topic, people like Henry Hazlitt in 1968, and, later, George F. Will and Rush Limbaugh. Their interpretations are summed up in the last paragraph of Richard J. Maybury’s piece in the blog Mises Daily called The Great Thanksgiving Hoax. Maybury argues:

. . . the real meaning of Thanksgiving, deleted from the official story, is: Socialism does not work; the one and only source of abundance is free markets, and we thank God we live in a country where we can have them.

My answer to these questions comes quite easily. I like to pretend like I’m in grade school again in Mt. Healthy, Ohio, at the height of the Cold War. I’m marching down the aisle of my school auditorium, my arms full of canned goods, belting out the hymn we always sang near Thanksgiving:

raise the song of harvest home;

all is safely gathered in,

for our wants to be supplied;

come to God’s own temple, come,

raise the song of harvest home.

The text of this hymn was written in 1810, long before before the First Red Scare and the later Cold War. It was also written before the earliest publication of William Bradford’s journal. For now, it’s the interpretation that I favor. But I may think differently after this Thanksgiving when I finally have a chance to watch the PBS film by Ken Burns called The Pilgrims, a two-hour documentary that supposedly endeavors to tell the true story of the early colonists. Will the documentary settle the arguments or will it just be another piece of revisionist history? Watch it and decide.