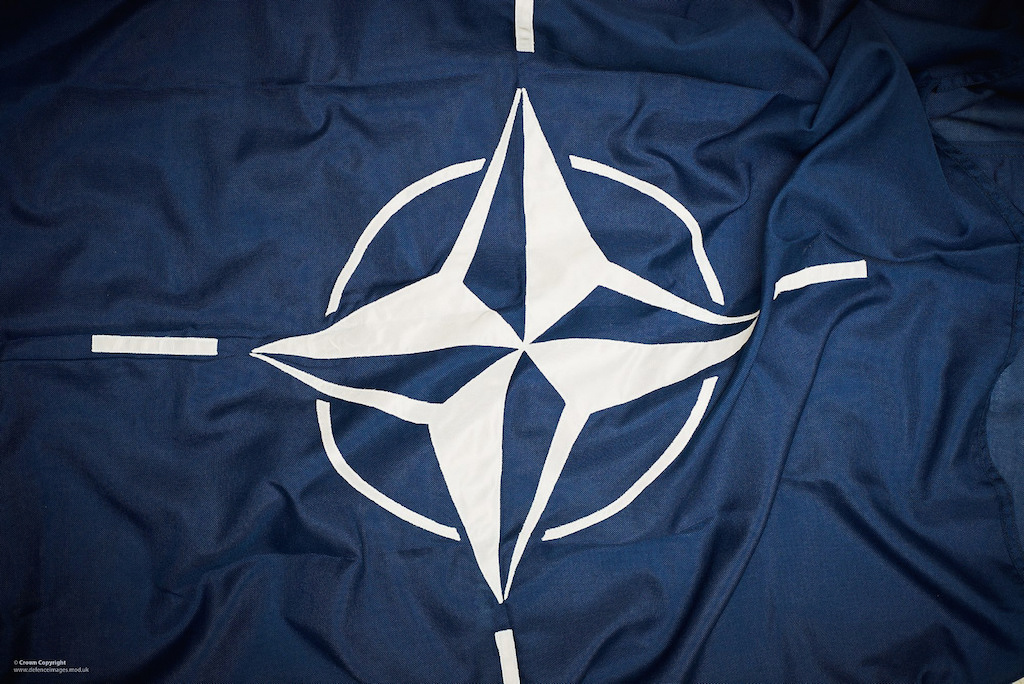 Perhaps the most famous pact, the North Atlantic Treaty Organization (NATO) Pact, was signed on April 4, 1949. Its underlying premise was that European defense could not be entrusted to the United Nations. NATO, therefore, was designed to “create not merely a balance of power, but a preponderance of power” to deal with the Russians from “positions of strength.”
Twelve nations signed the pact including the US, Canada, Denmark, France, Iceland, Italy, Portugal, Norway, Great Britain, and the Benelux. These nations pledged to use force only in self-defense and to develop “free institutions,” particularly through the encouragement of “economic collaboration between any or all” of the parties. Article 5 of the agreement was central.” It stated:

The parties agree that an armed attack against one or more of them in Europe or North America shall be considered an attack against them all, and consequently they agree that, if such an armed attack occurs, each of them . . . will assist the Party or Parties so attacked by taking forthwith, individually and in concert with the other Parties, such action as it deems necessary, including the use of armed force.

Article 11 modified this commitment by adding that the pact’s provisions “shall be carried out in accordance with each nation’s constitutional processes.’” $11.2 billion for European military aid was the immediate financial price for the NATO commitment.

In the years following NATO’s signing, President Eisenhower and his secretary of state, John Foster Dulles, devoted a considerable amount of diplomatic energy to further constructing a worldwide network of alliances to block Soviet expansion. In Latin America, they reinforced the Rio Pact which had been signed on September 2, 1947; in Southeast Asia, the Manila Pact of 1954; in the western Pacific, mutual defense treaties in 1954 with the Republic of Korea and the Republic of China; in the Near East, the 1955 Baghdad Pact, and, in 1960, the security treaty with Japan. Some called these efforts pactomania.

So far as the Soviets were concerned, Khruschev safeguarded Soviet security both ideologically and militarily by developing the Warsaw Pact — a bloc military alliance, patterned after NATO, which could allow Soviet military control of Eastern Europe after the political controls were relaxed. It was signed on May 14, 1955, in Warsaw. By the end of 1956 the Soviets had engaged in 14 economic and military agreements with nations in Asia and the Middle East. North Vietnam and Indonesia were favored in Southeast Asia. In the Middle East, Iran, Afghanistan, Turkey, and Egypt were targets of the Soviet economic offensive.