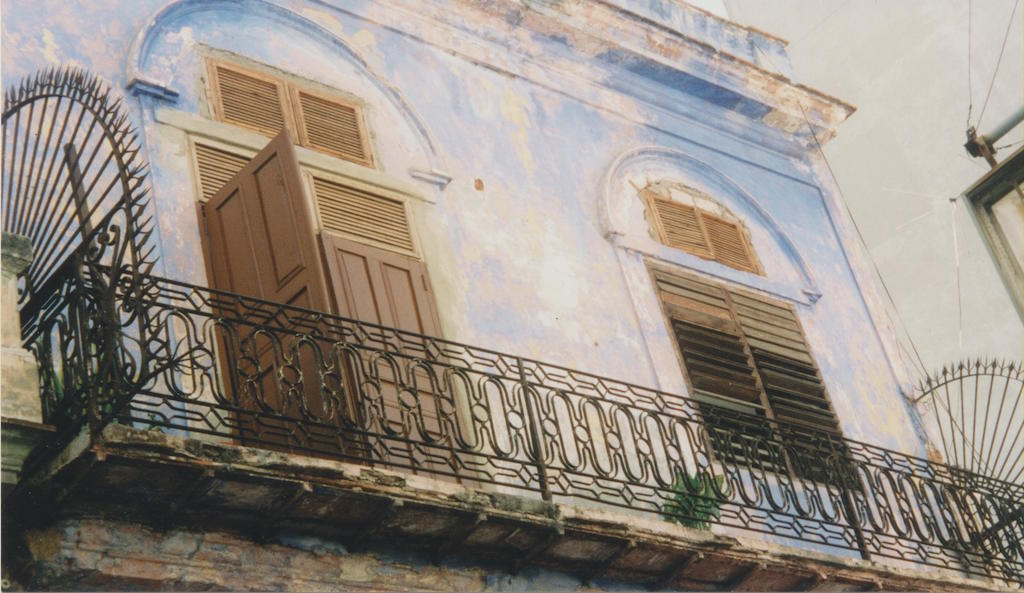 As we saw in our post on Havana’s Urban Slum Areas, substandard housing and shantytowns were of great concern to the Cuban government.

Budgets for maintenance and repair of housing and community facilities increased dramatically as a result of complaints expressed in meeting help periodically between local People’s Power delegates and their constituents, challenging the argument of some that new institutions were not responsive to public demands.

Between 1977 and 1983, local agencies increased their maintenance and repair budgets fivefold. During the same period, the value of materials sold directly to consumers for maintenance, repairs, and to some extent new construction increased tenfold. This was in sharp contrast to the early 1970s when

conserving the existing housing stock help low priority which resulted in a qualitative, functional, and visual deterioration of the central parts of Havana.

The rapid decay and imminent collapse of older sections of the city led to a continued focus on urban development.

In the late 1970s there was a move to protect historic districts. Old Havana became very fashionable as a result of visits by Fidel Castro and foreign gentry. The area was declared a national landmark and greater resources were allocated to its restoration. In fact, as many as six agencies and national commissions emerged to preserve Havana’s built heritage. Thus, the indiscriminate demolition required to implement the Soviet model of urban development did not extend to areas of the city involved in historic preservation. Here, even though officials have encouraged a unique socialist model of rehabilitation, the facade of the historic city remains unchanged.

UNESCO granted Old Havana “world cultural status” in late 1982, further ensuring the protection of Old Havana’s hundreds of landmark buildings. Thousands of other structures in the historic district have subsequently fallen under this protective umbrella.

By the mid 1980s, investment required for rehabilitation Havana was estimated at between $10 and $14 billion, a staggering amount since most of Havana lacks revenue-generating mechanisms. Instead the city receives

its budget and material resources from the national budget which is usually approved, with very few changes, at the end of the year by the National Assembly. The city also receives a corresponding amount of revenue from its 15 municipalities. Revenue cannot be readjusted nor directed to other areas except when it is explicitly stated by the national government . . . . Fixed budgets designated for city and municipal governments in Cuba have always fallen well below the needs of those entities.

One exception is the restoration project of the historic center of Habana Vieja (Old Havana), under the management of the Office of the City Historian. That office has a special company, Habanaguex, that turns profits on several businesses that operate in Habana Vieja.

For a short time in the late 1970s and early 1980s, Old Havana reactivated its functional role as the historic and artistic center of the capital.

The memorable ‘Saturdays in the plaza’ entailed the authorized selling of artwork and handicrafts by talented artists in two improvised markets located in the Plaza de Armas and Plaza de la Catedral. Within a short time, however, the craft fair was abruptly shut down by the government because of ‘illicit enrichment’ on the part of the artisans and craftpersons.

Unfortunately, the curtailment of activity in the old city had further ramifications. It meant a gradual loss of the old building trades which were responsible for high levels of craftsmanship.

Not only did masons, stone cutters, carpenters, blacksmiths, and bricklayers disappear, but a whole generation of young apprentices was interrupted, creating a huge gap in the transfer of traditional building techniques.