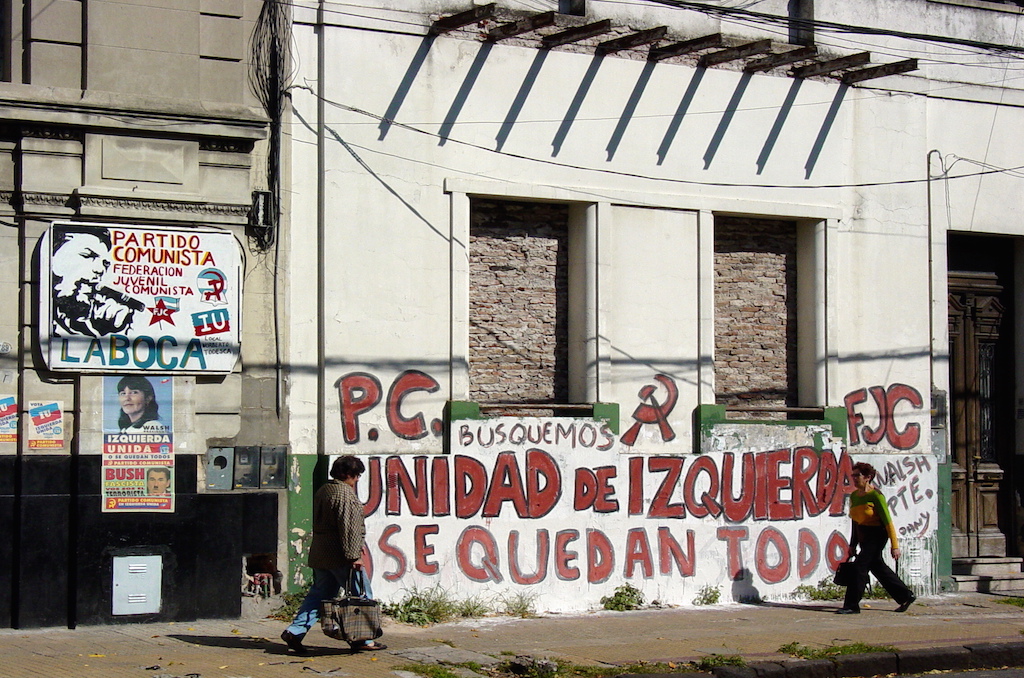 With the death of Stalin in March 1953, the Soviets renewed their long dormant interest in the revolutionary potential of the less developed world.

Khruschev resolutely determined to mobilize the newly emerging and decolonializing nations against the West, intending to exploit the end of colonial empires to promote his own interests.

The issue took on increased significance when the growing militarism of American policy led the Soviets to believe that the Cold War was about to be won or lost in the Third World.

Krushchev re-evaluated the Soviet approach to neutrality and devised a zone-of-peace strategy to pull the neutral nations into the Soviet orbit.

Under Stalin, direct military aid had been supplied only in areas contiguous to the boundaries of the USSR. Now the Kremlin was reaching out, hoping to “communize” the developing nations which were neither socialist nor capitalist.

Additionally, the Soviets hoped to disrupt Western markets and block the flow of raw materials to the United States and its allies.

The Soviets also wanted to build a market for their own goods, thereby improving their adverse balance-of-trade position.

As the Soviets moved toward a more active role in world affairs, they abandoned the extreme notions of Zhdanov’s two camp theory which, after all, had been formulated to provide an ideological justification for Soviet isolationism.

Peaceful coexistence, a policy used sporadically by the Soviets from October 1917 on, was re-introduced, supplying the necessary theoretical backing for a program of dynamic engagement in world affairs.

Although this strategy focused on living in peace with states of differing social systems in order to prevent war, it also involved economic competition between the capitalist and socialist systems.

More explicitly, according to Peter Rodman, while the Americans aimed to “guide the underdeveloped regions of the world through a transition to full-fledged participation in the international system,” the Soviets adopted a “doctrine of mortal struggle, of irreconcilable class conflicts.” They saw a military assistance program as an “integral part of contemporary Soviet policy,” a way of breaking through the Western containment arrangement.

By the mid-1950s each superpower believed that the future vitality of its ideological, economic, and strategic systems depended upon ‘winning’ the Third World.

Both the US and the USSR now perceived that the Cold War conflict would be played out in large part among the decolonizing and developing nations who would be forced to choose between Marxist and capitalist theories of economic progress, between totalitarian and democratic models of political organization, and between class struggle and collective security as principles of international order.

Many Third World nations were dismayed at the prospect of serving as pawns in a revised version of The Great Game. This term refers to the intense British-Russian rivalry for influence, concessions, and territorial control which played out in Central Asia and Iran in the 19th century.

According to Rodman (again), the Bandung Conference, a meeting of Aftican and Asian states in April 1955 marked the moment when the Third World tried to come of political age, and to define some room for independent manoeuvre between the two blocks …. Bandung was the moment when this implicit economic rivalry between West and East took on a strategic dimension, as the countries of the developing world ceased to be pawns and spectators in the global rivalry, but began to become players in their own right.

Soon it became apparent to all that many Third World leaders held their own agenda as they expertly played the two superpowers against each other.

Despite a move by some nations toward nonalignment, the Soviets were able to take advantage of the fact that a number of developing countries were anxious to reduce or eliminate Western influence in their regions.

As a result, American military assistance now became part of a strategy designed to pre-empt and offset any arms which the Soviets might supply.

The 1957 Eisenhower Doctrine concretized the new approach by proposing an increase in military and economic assistance, and authorizing the use of US troops to protect nations against aggression for any nation “controlled by international communism.”

To some in the Third World, it seemed that the US was now willing to pay with cash and arms for them to abandon their neutral position.