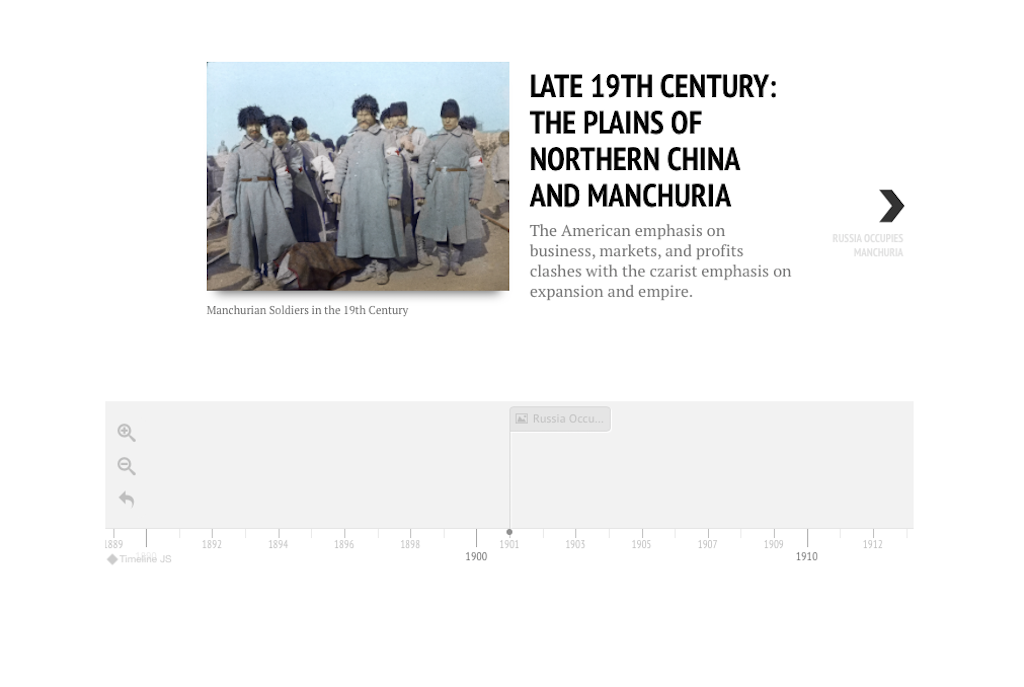 Was the Cold War a direct result of the breakdown of World War II alliances? Not really. In actuality, it took form in the late 19th century on the plains of Northern China and Manchuria. Conflict arose when the American emphasis on business, markets, and profits clashed with the czarist emphasis on expansion and empire. So that’s where our timeline begins. NOTE: If you can’t see the timeline (below), just reload your page.

Our timeline ends in December 1949 when Chiang Kai-shek Chiang evacuates over a million KMT government and army personnel to the island of Taiwan, establishing Taipei as the  ‘wartime’ capital of the Nationalist Chinese.

Have you ever thought of using a timeline for a project? Or just to organize your thoughts in a way that enables you to grasp the “big picture?” If so, you’ll want to download our Timeline Checklist. It takes you through all the steps involved in creating an eye-catching interactive timeline that you can embed online. And it’s absolutely free. Just follow this link and we’ll deliver it right to your inbox.