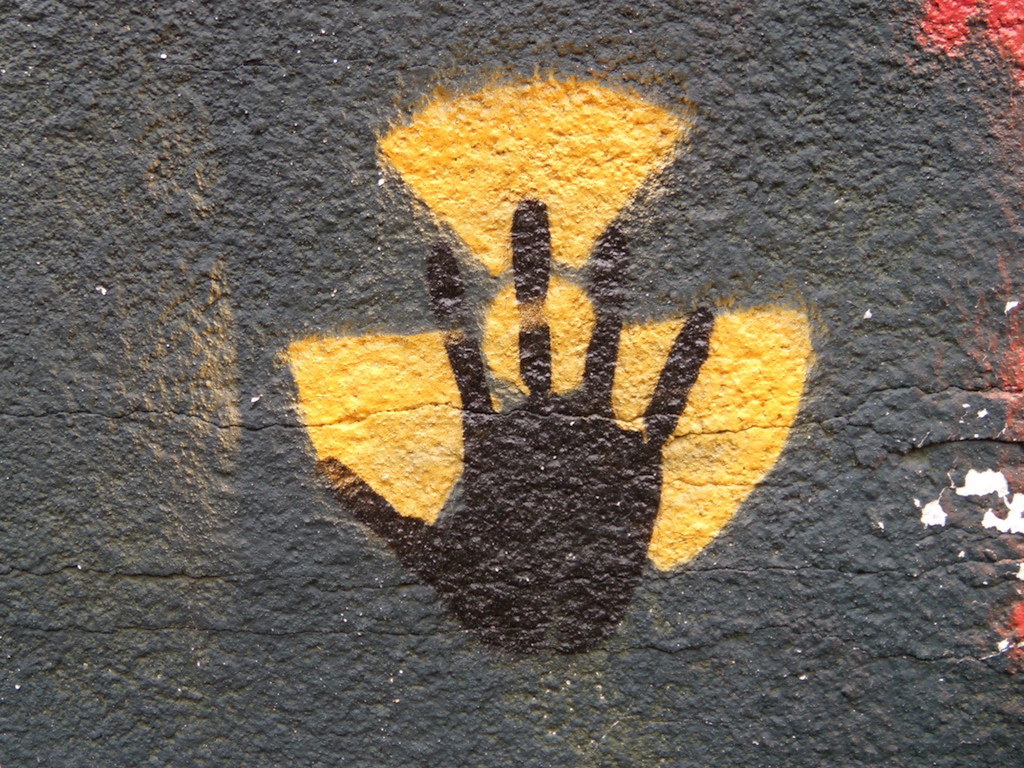 The bombing of Hiroshima, Japan, at the end of World War II, marked the first use of atomic weapons in history. The five-ton uranium bomb “Little Boy” generated a huge fireball and explosion that killed 70,000-80,000 people. Another 70,000 were seriously injured. As Joseph Siracusa says:

In one terrible moment, 60 percent of Hiroshima . . . was destroyed. The Hiroshima bombing was followed three days later by a devastating blast on the Japanese city of Nagasaki.

In case there was remaining doubt, THE ATOMIC AGE had begun.

The first signs of atomic anxiety in pop music surfaced in the early 1960s with Bob Dylan’s “A Hard Rain’s A-Gonna Fall.”

Inspired by the Cuban missile crisis, the song reflected his generation’s fear of nuclear annihilation.

The October 1962 crisis began when a US reconnaissance plane spotted Soviet missiles in Cuba. Following that exposure, the world teetered on the brink of nuclear war. As a Soviet general said, “Earth was ‘minutes’ away from ‘catastrophe’.”

According to John Savage in The Nation, a significant proportion of young people thought:

If we’re all going to be blown up tomorrow, then I’m going to do what I want. The only thing that matters is NOW.

Nuclear terror dominated most of the rest of the twentieth century. It was always there, in the back of people’s minds. So, for many young people, it was time to live in the moment.

Music tells the story. Especially a box set of 5 CDs titled Atomic Platters. (Check it out on Amazon.)

Spanning the years 1945 to 1969, the CDs focus on “cold war music from the golden age of homeland security.” There are about 100 songs in the collection, ranging from 1957’s Atom Bomb Baby by the Five Stars to the 1960’s Radioactive Mama by Sheldon Allman.

While the Atomic Platters collection concentrates on the 50s and 60s, music from later decades is better known. For example, Dylan’s Hard Rain’ was followed by the Searchers’ What Have They Done to the Rain, and Donovan’s The War Drags On. Barry McGuire’s Eve of Destruction even made it to #1 in 1965.

By the 1970s, though, the appeal of nuclear music was stagnating, But just when the world seemed to be brightening, Russia invaded Afghanistan (1979) and nuclear paranoia re-emerged.   A remake of 1983’s 99 Luftballons —  99 Red Balloons — went viral.

In case you don’t know, the story of 99 Red Balloons is a protest story. According to the lyrics, a boy and girl innocently release a batch of balloons into the air. International governments are confused by the flying objects and panic, triggering a nuclear holocaust. “It’s all over and I’m standing pretty/In this dust that was a city,” say the lyrics.

In late 1979, a group of stars — The Doobie Brothers, James Taylor, Carly Simon, and others — organized the “No Nukes” benefit concerts in New York.

The years that followed were centered on a US military build-up as well as on Reagan’s talk about “evil empires.” The 1980s emerged as a second golden era for atomic and nuclear inspired pop.

The Cold War ended with the fall of the Soviet Union and the collapse of the Berlin Wall. But atomic music continues into the present.

And, of course, there’s always today’s nuclear threat from Kim Jong-un and his famous girl group.

For more traditional nuclear music, there’s a playlist of The Nation’s top songs about nuclear war on the Cold War Studies You Tube Channel. Click here.