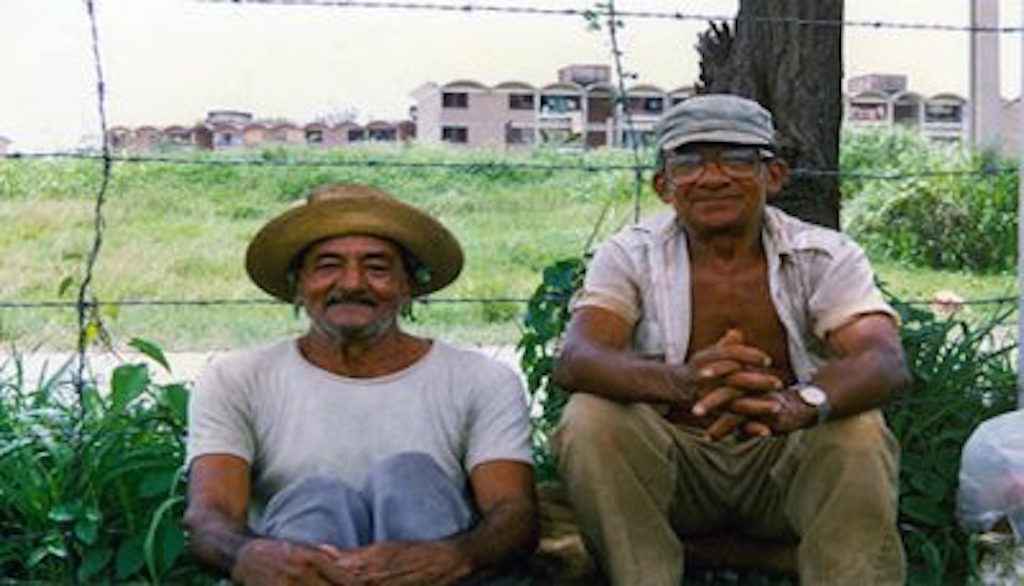 As a precursor to the implementation of formal institutional change, a new framework focusing on a revitalization of popular participation was developed in an attempt to solve the housing problems of the capital.

Havana, you may recall, had been marginalized by the revolutionary housing  policies of the 1960s which had concentrated on the building of new towns outside of the urban area and the ruralization of the city itself. As a consequence, there had been very little new housing construction in the capital and housing demand had largely depended on vacancies left by emigrating Cubans.

By 1970, there was substantial pent-up demand for housing as well as for other urban services. In fact, the cash income of habaneros in 1970 was twice the supply of goods and services available, a problem that, of course, affected housing policy.

In addition, the Revolutionary Offensive of 1968 which eliminated most of the capital’s remaining small business had resulted in the

unintended outcome of deteriorating the quality of the city’s major centers. This occurred when local commercial establishments were readapted as housing units, almost always of an improvised nature and of very low quality. With this came problems of building maintenance in the central areas as well as a dearth of a variety in products and services. (Segre, Coyula, and Scarpaci, Havana: Two Faces of the Antillean Metropolis, p.151.)

Havana’s dire housing situation was exacerbated, according to one expert, by the same problems that stimulated institutional change:

The biggest obstacle to expanding housing production was what appeared to be an acute labor shortage — a shortage that, in fact, was due more to the sharp drop in productivity and increased worker absenteeism in the 1960s. (Jill Hamburg, “The Dynamics of Cuban Housing Policy,” Ph.D. dissertation, Columbia University, 1994, p. 598.)

On the other hand, residents had shown their willingness to engage in voluntary work, including housing, organized through the CDRs. These factors stimulated the creation of the “microbrigade system” in late 1970. Teams of 20 to 35 individuals were created, consisting of workers from a specific workplace who labored full time on a particular project while their coworkers covered their everyday duties so that productivity would not decrease. On weekends, all workers decided which of their fellow employees should receive the completed units.

Since housing assignment was based on need and not on job performance, those laboring in the brigades did not necessarily receive a home. Workplace teams were augmented by skilled workers and technicians supplied by the Ministry of Construction which also provided building materials, land, and equipment.

The microbrigade system was designed to contribute to the provision of new housing, but it was also an attempt to solve severe problems of bureaucratization caused by an excess of employees in state companies. It was hoped that workplace productivity would increase when fewer workers maintained the same productivity levels, and that productivity would also rise since the distribution of completed housing would be based, in part, on production performance.

In 1971, alone, more than 1,000 workers were assigned to build 1,154 housing units in Place de la Revolucion, Altahabana, Rancho Boyeros, Alamar, Reparto Bahia, San Agustin, and La Coronela: the number of participants and completed units rose steadily until 1975. (By 1971, 12,715 workers made up 444 Microbrigades. By 1975, 30,000 workers constituted 1150 Microbrigades that completed 25,000 housing units in addition to many non-residential (social) projects.)

Havana received a disproportionately large share of this construction as compensation for previous neglect, and the projects also altered the existing system of suburban expansion whereby spontaneous single dwellings were constructed at the city’s edge. Microbrigade projects, in contrast, were four or five story buildings with 20 to 30 apartments each.

The areas mentioned above clustered in three large areas on the outskirts of the city and were located in districts that had a large number of industrial and service-sector workers. These areas included Alamar in East Havana, Altahabana in the south, and San Agustin in the west.

One authority  notes that

these complexes were developed as socialist housing quarters and  are, in fact, larger than those found in socialist eastern European countries.

characterized by endless rows of four- and five- story walkups in enormous superblocks. Occasional high-rise prefabricated buildings sprang up in a number of provincial capitals and with greater frequency in both central and outlying areas of Havana. (Jill Hamburg, “The Dynamics of Cuban Housing Policy,” Ph.D. dissertation, Columbia University, 1994, p. 600.)

Many argue that the units are depressing and that little concern was given to integrating these buildings into the rest of the built environment.

I was told specifically that these developments were constructed on the Soviet model and that they are a type of housing which Cuban planners dislike. Thus, while they were inspired, in part, to counter bureaucratization they reflected  “a deeply engrained bureaucratization of problem solving.” They were also poorly finished with little attention to detail or to technical specifications.

Housing projects in the early 1970 reflected the dogmatism mentioned earlier. According to Cuban planners:

The Revolutionary government employed rigid institutional structures in architectural projects and cultural life. Varying from the norms or otherwise reinterpreting orders from centralized authority were not permitted . . . . This may explain why urban spaces in Alamar can best be characterized as depressing. Elements of this poor design remain today and can be noted throughout Havana . . . . far removed from the dynamism and lively spirit of Cubans. (Segre, Coyula, and Scarpaci, Havana: Two Faces of the Antillean Metropolis, p.207.)