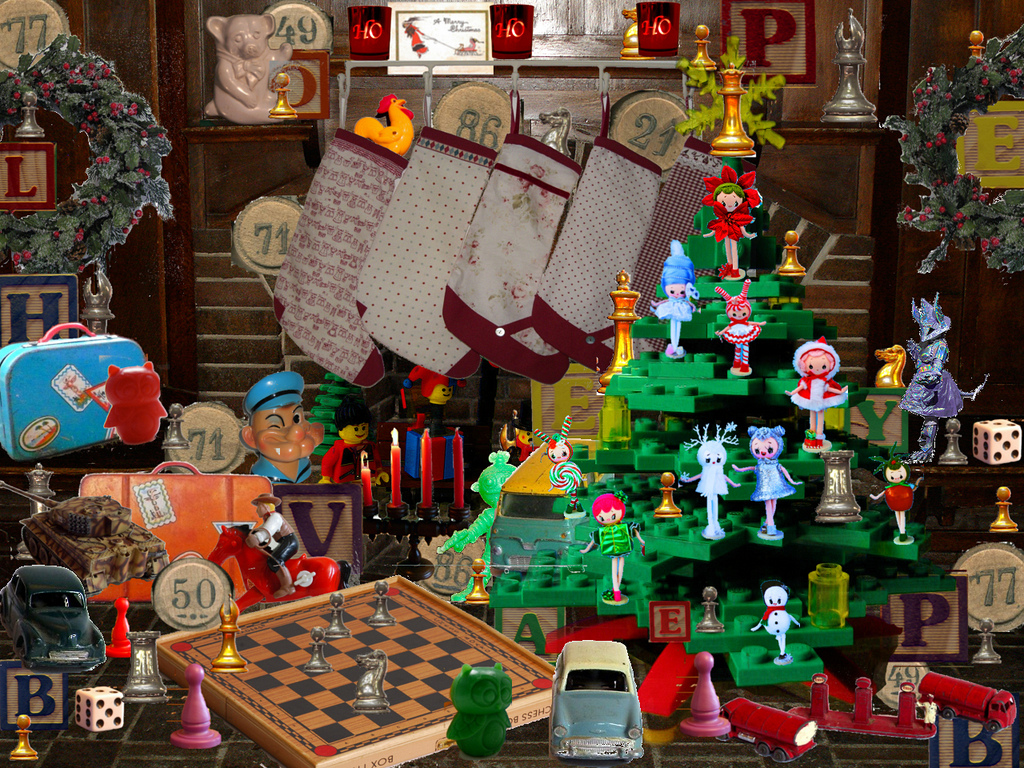 Cold War Studies has the Christmas spirit early this year. WooHoo! So we’ve decided to bring you a series of 6 posts that are all about Christmas during the Cold War. The first is on the growth of the toy industry in the United States during the half century long conflict. But for those of you who are more interested in the Soviet Union, no worries. Our second post will be all about Ded Maroz, the Soviet version of Santa Claus.  Enjoy!

Early Cold War toys tell us a lot about the beginning years of the half-century conflict between the United States and the USSR. During this timeframe, ideology permeated all aspects and objects of daily life. Even toys! After all, toys were one way that parents could communicate the important issues in their world to their children. In the United States, toys contributed to the consumer culture of the early Cold War years, passing on the values of prosperity to the next generation.

Toy stores flourished as the toy industry became big business when the economy revived after World War II. In 1939, census takers counted 821 workplaces where toys were made. By 1947, they recorded 2,198 such locations. In the United States, toys contributed to the consumer culture of the early Cold War years, passing on the values of prosperity to the next generation.

Parents could buy child-sized shopping carts so that their children could “practice shopping,” filling the carts with exact (but empty) boxes of SOS scouring pads and Kellog’s Corn Flakes as well as Campbell soup cans. The “goods” reinforced advertisers’ messages that brand names mattered — no generics were allowed.

Shopping board games were also popular. Milton Bradley promoted the “Acme Checkout Game” with markers in the shape of supermarket carts. Players moved around the board through the aisles of merchandise, losing turns in long checkout lines. That this type of play reinforced the American dream was clearly enunciated by Richard Nixon at the 1959 Kitchen Debate with the Soviet Union’s Nikita Khruschev, Nixon pointed to America’s growing consumer economy as a sign of American strength and democracy, asserting that the politics of freedom and democracy were embodied in the ability of American consumers to buy freely and to choose among a variety of diverse brands and products.

Many of the era’s toys were focused on the family centered ideology that had taken hold during the post war period. Much of the pretend grocery shopping took place in America’s new suburban communities. The suburbs symbolized two aspects of Cold War domestic ideology: the consumption ethic and the glorification of the nuclear family. Suburban homes were new and builders — encouraged by government policies — had designed them specifically for family life.

Life in the suburbs absolutely required at least one family car. There had been no investment in public transportation. Instead, the state and federal highway system had been expanded to connect suburbs with their nearby cities. Not only were cars necessary, they were an important symbol of status and buying power. American car manufacturers created new models annually and toy cars followed suit, offering as many choices as the real thing.

So far as the home was concerned, the “family room” became an increasingly important feature, crystallizing the Cold War’s family ideal. The term was first coined in 1946, referring to a space designed for informal family interaction or “togetherness.”

Cold War togetherness required a room of its own because space was needed for all sorts of games and equipment. The family room of the 1950s spotlighted the primacy of children and their play. And, of course, there were plenty of Cold War toys to play with. We’ll talk about lots of those in coming posts.

Cold War Toys and The Rise of Conspicuous Consumption

Chess and the Cold War