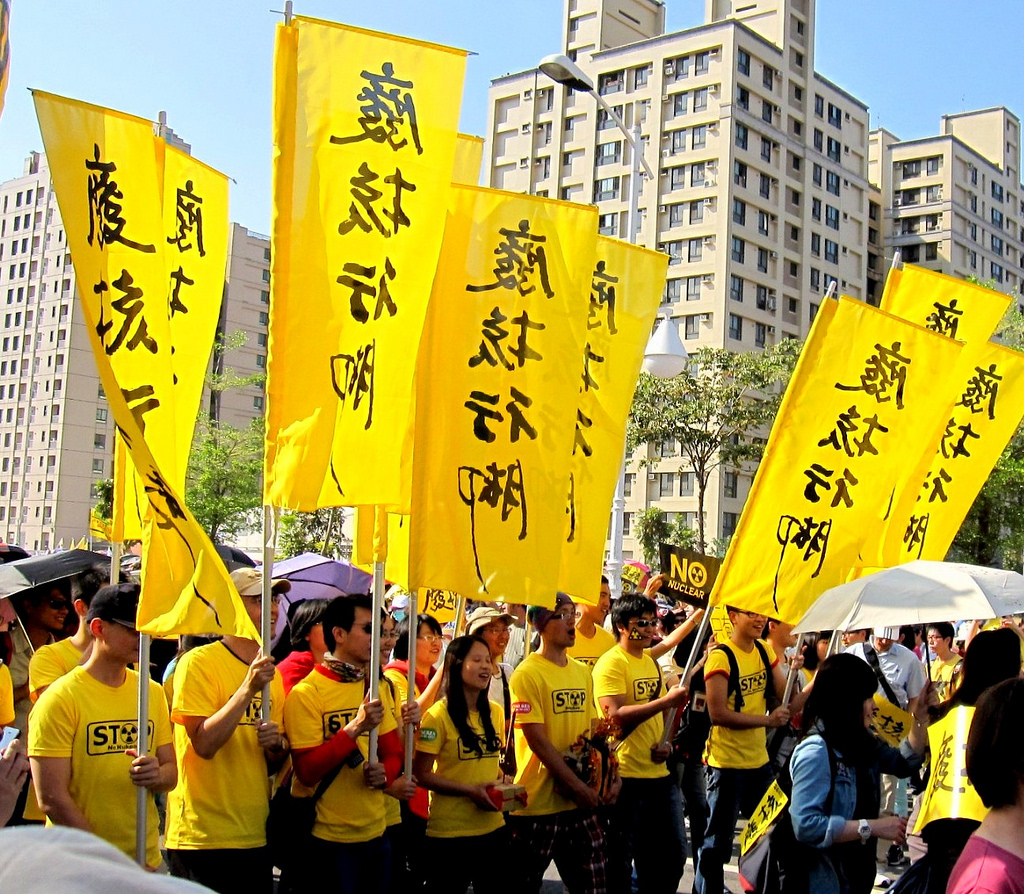 From 1979 to the present, citizen groups have emerged in Taiwan. They actively promote their particular interests and concerns. One of their objectives has been to obtain some measure of autonomy from the KMT authoritarian state. In 2016 they reached a major milestone when Tsai Ing-wen, the Democratic Progressive Party’s (DPP) candidate for President received 56.1% of the vote.

To the extent that this autonomy has been realized, the groups meet Diamond’s definition of civil society as involving citizens acting collectively in the public spheres, exchanging information, achieving mutual goals, making demands on the state, and holding state officials accountable.

In Taipei, demand making has occurred in each of the seven areas Diamond specifies as relevant:

“individual and family life, inward-looking group activity . . . , the profit-making enterprise of private business firms, and political efforts to take control of the state” from his definition of civil society.

Claims against the KMT state included the following:

Organizations falling into the category that Diamond defines as civil society include: The Consumers’ Foundation, the Society for Wildlife and Nature (SWAN), and various groups concerned with welfare policies for the elderly, handicapped, and disadvantaged.

Other groups are clearly more contestational and may indeed qualify as social movements in Tarrow’s sense of the term whereby movements are created when political opportunities open up for social actors who usually lack them, and power in movement occurs when ordinary people join in antagonistic confrontation with elites, authorities, and opponents. Groups meeting the above criteria include:

(One of the groups that has most concerned the KMT has involved veterans demanding better subsidies from the Commission on Veterans. By the end of 1988, several veterans groups had been organized with their radical factions pressuring for institutional reform. Since this group has always been the most loyal to the KMT government, their actions have been both embarrassing and worrisome. This according to Hsin-Huang Michael Hsiao.)

All of the protests have transpired in the urban arena and each has demanded reforms from the KMT state. Interestingly, while the opposition party (DPP) did not initially play a significant role in their activities, there are now some attempts to form coalitions and alliances across movements. To date, the most significant collective sentiment has been a feeling of ‘victim consciousness,’ the ‘feeling of being ignored and excluded.’

A good example of citizen involvement in Taipei can be seen in the city’s antinuclear movement. Because Taipei lacks its own energy resources, nuclear power has been seen by technocrats as an essential element in the program of high-speed growth. It has also been tightly linked to the military and American vendors.

US Corporations Invest In Taiwan’s Turn Toward Nuclear Energy

When the US cut off diplomatic relations with Taipei in 1979, the KMT/big business coalition saw nuclear energy as a way to induce US corporations to increase their economic investment in Taiwan. This was envisioned as a mechanism for retaining strong US interest in the island for it was presumed that if nuclear vendors and other American firms were involved in Taipei’s economy the US would hesitate to cut off all military and economic ties. Subsequently, General Electric supplied reactors for two nuclear plants while Westinghouse supplied the reactor for a third as well as generators for two plants. Bechtel Corporation provided architectural and engineering services.  The turn to nuclear energy also had military and governmental implications for Taiwan itself.

Nuclear plants provided an opportunity for bureaucratic control, and the ability to reprocess spent fuel from reactors to make weapons-grade plutonium supported the military. There are now two nuclear reactors within 30 miles of Taipei; a fourth nuclear plant has been delayed for over a decade due to protests in the national legislature.

In non-binding referendums held in Taipei Country and City in 1994 and 1996, over half the voters registered their disapproval of the nuclear endeavor.

The local citizenry became actively involved when in July 1985 a fire at one of the plants forced the suspension of operations for 15 months and caused $300 million in damages. Meetings and rallies were organized to demand safer emergency and evacuation plans. Another fire broke out at the same plant in August 1987. Meanwhile, according to Bello and Rosenfeld, local newspapers accused another plant (plant number one) of setting a world record – 56 days of continuous radiation leakage outside the plant. In May 1998, two hundred maintenance workers at the same plant walked through a puddle of radioactive water that the plant manager knew was there.

In separate instances, children near Taipei played for weeks on a pile of scrap metal near their elementary school before it was discovered that it was radioactive, and parts of nuclear power plants were exposed to intense radiation, then replaced and sold as scrap metal that was recycled into metal for new buildings.

Opposition from the Grassroots

In response to such activities, a grassroots antinuclear movement emerged comprised of a network of antinuclear self-help associations. This movement became one  prong of a broader environmental movement which forced the suspension of the fourth nuclear power plant and stopped the construction of a $160 million titanium dioxide plant by DuPont Corporation. There was an average of one antipollution demonstration a day during 1987 – 1988, often involving civil disobedience.

Initially, many environmentalists working for the anti-nuclear cause were associated with the opposition (DPP) party which chose green as its party color. On January 25, 1996, however, the group formed its own Green Party, mounting 13 candidates in the March 1996 elections. The candidates won over 100,000 votes in the National Assembly. In other election districts where the Green Party participated, their candidate won an average of 2.97 % of the overall vote. The candidate in Yun Lin County actually won the election and earned the party’s first government position. Still, the party was not official because it did not cross the 5 % line necessary to become a recognized party.

One of the Green Party’s major concerns at that time was permanently halting construction of nuclear plant number four whose reactor contract was assigned to General Electric in cooperation with Hitachi, Mitsubishi, and Toshiba of Japan.

As of 2015, according to Wikipedia, nuclear power in Taiwan makes up around 8.1 % of its national energy consumption, and 19% of its electricity generation. There are  3 active plants and 6 reactors.  The technology chosen for the reactors has been General Electric BWR technology for 2 plants and Westinghouse PWR technology for the Maanshan Nuclear Power Plant. Construction of the Lungmen Nuclear Power Plant using the advanced boiling reactor design has encountered public opposition and a host of delays, and in April 2014 the government decided to suspend construction.

Active seismic faults run across the island, and antinuclear environmentalists argue Taiwan is unsuited for nuclear plants. A 2011 report by the environmental advocacy group, the Natural Resources Defense Council, evaluated the seismic hazard to reactors worldwide.  As determined by Global Seismic Hazard Assessment Program data, all of Taiwan’s reactors were placed within the highest risk group of 12 reactors.

Hsiao, Hsin-Huang Michael. “Emerging Social Movements and the Rise of a Demanding Civil Society in Taiwan.” The Australian Journal of Chinese Affairs no 24 (July 1990).