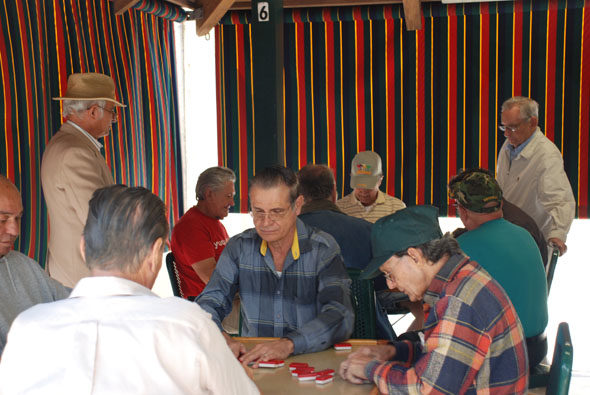 The establishment of the Organs of People’s Power (OPP) and countrywide geographic and political reorganization were especially important to Havana’s future development.

Popularly known as Poder Popular or Popular Power, OPP were

an attempt to decentralize decision-making and advance the process of institutionalization, which in turn was related to economic functions and political organization.

The national OPP (the National Assembly or ‘the supreme organ of state power’) combined constitutional and legislative powers. This body elected the Council of State from among its members, appointed the People’s Supreme Court magistrates and the attorney general, and approved the outlines of domestic and foreign policy, economic plans, and the state budget. It exercised the highest supervision over the organs of state and government.

The lower two levels of the OPP — the provincial and municipal levels — were responsible for municipal and provincial management of services such as schools, day-care centers, hospitals, stores, hotels, restaurants, cinemas, nightclubs, transport, retail trade, housing, public utilities, and sports, as well as ‘some local industries’. These also selected the judges for the corresponding people’s courts.

At least 55% of the delegates to the National Assembly were to be elected in the municipalities. The other 45% were to be selected from a list of candidates proposed by the party leadership.

Some scholars have been highly critical of the OPP, arguing that poder popular was under tight party control. However, in discussions with residents of Havana in June 1997, many took great pride in the opportunity for participation, agreeing that:

At their best, they addressed immediate and concrete issues: local Popular Power allowed the citizenry a voice in the conduct of local affairs, a potential arena for self-government.

Residents noted that even when their voice was to have no impact, as often occurred due to budgetary constraints and conflicting priorities, meetings enabled them to hear presentations from government officials so that they at least understood why certain policies were to be enacted instead of those they deemed preferable. In essence, they agreed that

Popular Power exemplified the politics of Cuban socialism. Local assemblies took public opinion into account more systematically than the politics of mobilization had during the 1960s and enhanced popular involvement in the administration of daily life. They did not, however, bestow upon the population the opportunity — let alone the power — to discuss and decide matters of substance. Their mandate was to supervise the state, not to debate investment policies or resource allocation. Involvement — not substantive participation — was the key characteristic of Popular Power at the local level. Moreover, involvement was to be as individuals, not organized groups.

Many supporters of the Revolution see the institutionalization of the OPP as a democratization process resulting in the revival of mass organizations and the expansion of their role in decision-making at all levels and in all spheres, More critical observers attribute the expansion of various groups to the development of a formal apparatus by the Communist party. From this perspective, organizations like the Federation of Cuban Women (FMC) and the Committees for the Defense of the Revolution (CDRs) were assigned larger roles in the formulation  of policy and implementation of programs as fulfillment of their function as “transmission belts” between the Cuban Communist Party (PCC) and the people. A similar role was attributed to the trade unions that others argue were revitalized, strengthened, and democratized.

Objectively, though, the democratic nature of the OPP is undermined by three points.

First, the National Assembly, while partially comprised of popularly elected members, meets only twice a year and, therefore, lacks the power to confront or curtail Castro’s power.

Moreover, at least in its early years, the National Assembly was quite elitist and not representative of the population at large. For example, in 1976, only 3% of the deputies represented the 80% of the population that was not a member of either the party (PCC) or the Young Communist League (UJC).

Finally, the powers and functions of the provincial and municipal OPP are significantly limited. And, of course, these are the levels where the citizens could be most involved. Limitations are evident in five areas:

modernization, decentralization, and democratization process . . . related to the implementation of a new plan of placing Cuba favorably in the Soviet economic system.

In July 1976, the six existing provinces were remolded into fourteen and the existing 407 municipalities were combined into 169 with an average urban population of 10,290, excluding Havana City. Each provincial capital was to serve as the highest order center of a local central place hierarchy in an increasingly integrated urban-rural landscape. Potentially, this organization was to maximize the entire population’s access to services, economic infrastructure and political bodies at all levels.

Obviously, Havana was affected by the change.

With the creation of Poder Popular, Havana province was divided in two (the city of Havana and the rest of the province). The capital itself was comprised of fifteen municipios or counties depending solely on a centrally-allocated budget.

Growing Soviet influence was acknowledged when city planners began work on a revised master plan for the capital, a document to be prepared under Soviet supervision.

Eventually, the theoretical plan included ideas similar to those incorporated in the city-planning of Miliutin in Stalingrad.

Soviet involvement came as no surprise for, by the end of the 1970s, even maps were produced under the direction of Soviet cartographers and most Cuban urban professionals were trained in Soviet academies.