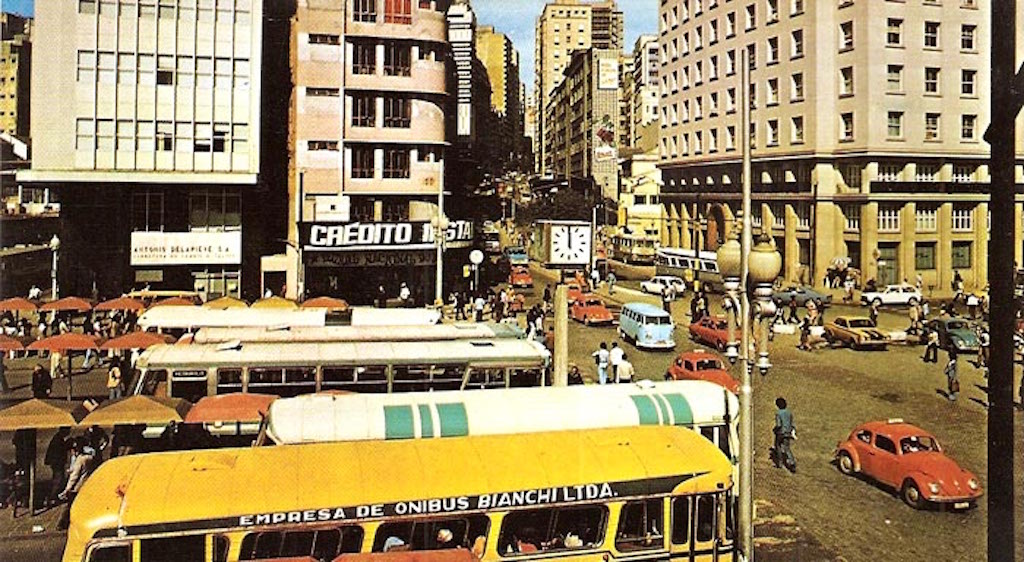 Brazilian military leaders fought alongside American forces in World War II, enjoying warm ties with the United States. So when the US responded with alarm to the Cuban Revolution, the Brazilian military saw danger everywhere. In a very real sense, they went on “Red Alert.” At about the same time, the US initiated a new aid policy for Latin America in response to the insurrection.

The American plan was called the Alliance for Progress and was announced by President Kennedy in 1961. Based on the Marshall Plan, the Alliance was designed to reduce revolutionary pressures in other parts of the region by stimulating economic development and political reform. Unfortunately, the Alliance never really got off the ground. The onset of the Cuban Missile Crisis in October 1962 gave the US more to worry about than the threatened spread of revolutionary sentiment. Americans feared that their very survival was at stake.

Brazil played an intriguing role in the politics and diplomacy of the Cuban Missile Crisis and in US – Cuban relations during the Kennedy years. After Fidel Castro took power, successive Brazilian governments tried secretly to mediate between Washington and Havana.

Brazil’s attempt to intervene reached a peak during the crisis when Kennedy asked Brazil to transmit a secret message to Castro. The country was already promoting a Latin American denuclearization scheme at the United Nations as a possible means of resolving the crisis.

Kennedy’s request gave Brazil an opening to broker a formula for US – Cuban reconciliation that would heighten the prestige of her own “independent” policy in the Cold War. Ultimately, all efforts failed, and Brazil’s leadership began to worry once more about the rise of Marxism at home.

Marxist thought was gaining ground in Brazil’s public universities, and even the Catholic Church developed a wing sympathizing with the revolutionaries.

The military was especially distressed by the inability of their government’s civilian leadership to stem Marxism’s appeal. and a confrontational political climate soon developed.

At the same time that  Brazil’s military was becoming increasingly anxious, American policy continued to call for Brazilian democracy.  Even so, the US helped trigger dictatorship by encouraging the Latin American armed forces to take an increasingly active role in national life. As officers began promoting economic development and public health, a lot of them saw civilian politicians an unnecessary hindrance.

In April 1964, with the knowledge and collaboration of American officials, and with US naval support standing by offshore, Brazilian generals seized control of the country.

The new regime was intended to be transitory, but it gradually became a full dictatorship. Consequently, the military ruled Brazil undemocratically for the next twenty years.

Brazil had no tradition of military rule, so armed forces leadership carefully maintained the outward appearance of constitutional government. If laws got in their way, they changed the laws. For example, dissolving congress was an unconstitutional act, so before they took action, the generals decreed amendments that let them dissolve the legislative body legally.

Repression and An Economic Miracle

Due to extraordinary economic growth, labeled an “economic miracle,” the regime reached its highest level of popularity in the years of repression.

By the early 1970s, most Latin American generals thought that socialist revolution was imminent, and many believed that it was their responsibility to put an end to the revolutionary “red tide.“  They could see signs of opposition all around them. Spray painted revolutionary slogans seemed to cover every wall, and the 1960s New Cinema of Brazil had gained critical acclaim, producing films designed “to make people aware of their own misery.”

Marxism pervaded the cultural scene, emerging as the predominant political philosophy among Latin American artists, social scientists, and nationalist intellectuals. Not surprisingly the military reacted. Secret kidnapping, torture, and murder in the name of counterinsurgency became widespread. Student protesters, labor leaders, and peasant organizers were targeted — anyone, in actuality, suspected of sympathizing with guerillas.

Many of the guerillas lived and worked in the big cities close to government and army headquarters where it was easy for them to spur disruption. Operating in secrecy for their own protection, they preyed on wealthy industrialists to finance their operations.

“This is war,” explained the generals.

Many in Latin America believed that torture techniques were taught at the US School of the Americas (see our post on  Pope Francis and the Cold War in Latin America. ) The verdict may be out on this accusation, but the perception of many was  that ‘national security doctrine’ maintained the climate of emergency that was used to justify the junta’s actions.

Still, the Brazilian military wasn’t a unified organization, and  even though repression against opponents, including urban guerrillas, was harsh, it was not as brutal as in other Latin American countries.

Moderate constitutionalists were in control of Brazil’s government from 1964 to 1967. More dictatorial hardliners took over in 1968, dominating the government until 1974. Then the regime relaxed somewhat.

Along with the group of generals who took their cues from the US, there were right wing nationalists who wanted to make Brazil into a world power. This group was afraid of losing the vast territory that made up the Amazon River basin, so they paid special attention to road building and development projects in the surrounding region.

Eventually, the US and Brazil found themselves at odds on almost every international issue. However, this wasn’t as important as it might have been because the country’s  economy was growing explosively, and the government was bragging about a Brazilian economic “miracle.”

In actuality, the military government had purposely created conditions in which new industries would thrive at the expense of Brazil’s impoverished majority. The military was able to hold down wages, suppress strikes, and even “disappear” anyone who complained.

Most ordinary Brazilian citizens didn’t benefit from the “miracle.” Heavy industry used only a small portion of Brazil’s pool of unskilled labor, and production was aimed at a middle-class market. Military policies put more money and credit in the hands of those who were “better off” and likely to buy cars, electronics, and domestic appliances. In fact, the bulk of Brazil’s income gains went to the richest tenth of Brazilian society.

The Transition to Democracy

General Ernesto Geisel became president in 1974 and began a project of re-democratization through a process that he said would be “slow, gradual, and safe.” By the time civilians returned to power in 1985, the economic miracle was over.

After constructing some of the world’s largest — and most environmentally destructive hydroelectric dams — along with highways, bridges, and airports, Brazil’s economic bubble burst. The country was impacted in a big way!

Oil prices had been rising steeply since the early 1970s and Brazil imported a lot of oil. The military had borrowed billions of petrodollars to sustain its developmental drive. They had also borrowed petrodollars to import the petroleum they needed. When international interest rates rose dramatically in the late 1970s, Brazil’s foreign debt mushroomed. By the early 1980s, the country had the world’s largest foreign debt.

Beginning in 1978, worker strikes in Sao Paulo, Brazil’s industrial heart, broadcast the revival of popular opposition to the military’s regressive social policies. The military had used economic growth to justify its continued authoritarian rule. Now, in the early 1980s, with an economic meltdown and increasing opposition, the military was finally ready to bow out.

For an overview of Military Juntas in the Southern Cone in the Cold War, read our just published post here.