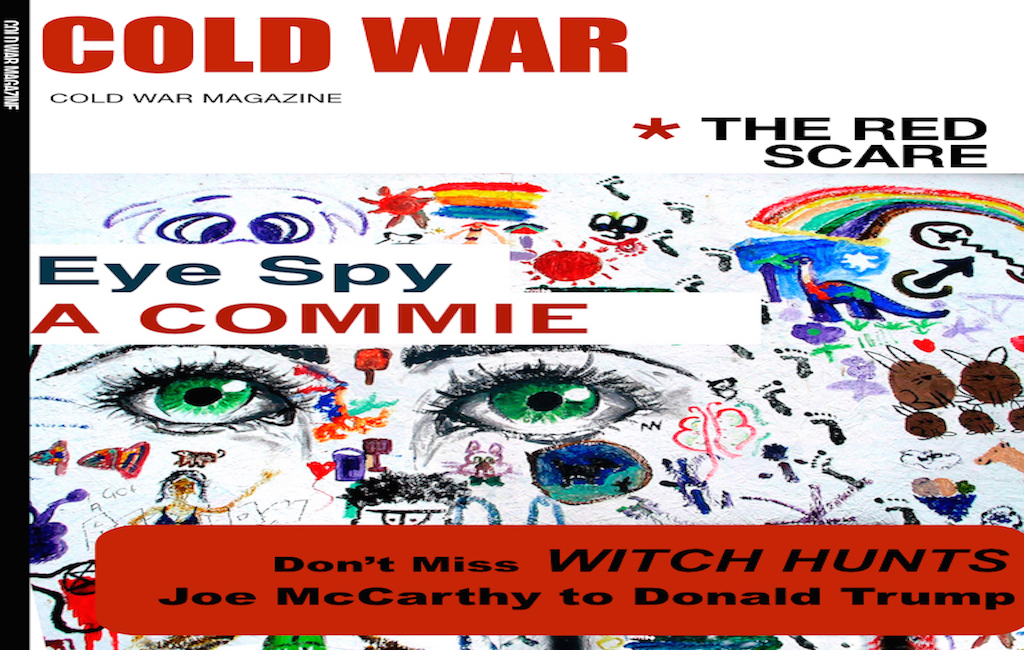 Our new issue of Cold War Magazine is all about the Red Scare — America’s fear of communism run rampant! Americans were afraid. And there were lots of scare tactics! Click here to go straight to the magazine.

During the First Red Scare, after the Russian Revolution of 1917, Americans were so frightened of “commies” that President Wilson committed arms and troops to a war against Bolshevism abroad. At the same time, “America First” Fanatics bolstered the level of anti-Communist propaganda at home. BTW, have you heard that term lately? Don’t miss our article on The First Red Scare.

There was a brief breather from running Red Scared between the two world wars. But it didn’t last for long. You can read all about that in our article titled What Red Scare?.

Want a brief overview? Not of the real Soviet Menace which threatened the world with nuclear destruction. We’re talking instead about anti-Communist propaganda run amok, scaring Americans into thinking that their world could end in a heartbeat — and with very little warning. Want to know more? Check out A Superficial History of the Red Scare.

Scare tactics have been around forever, I guess, but they seem especially timely now that the US is in the midst of an extremely ugly American election season. Witch Hunts is all about Joe McCarthy and Donald J. Trump. Are the same forces of intolerance around now as in the 1950s? Some think just the name has changed and that instead of fighting “commies” we’re targeting Muslims and Mexicans. Read Witch Hunts and then decide. Is it a stretch to equate the two?

In 1947, Look Magazine published an article titled How to Identify an American Communist. We take a second look. Do we really want to start being so suspicious again?

Finally, the issue ends with a baker’s dozen of Red Scare Movies. Lots to keep you entertained during the Dog Days of Summer.

Let us know what you think!