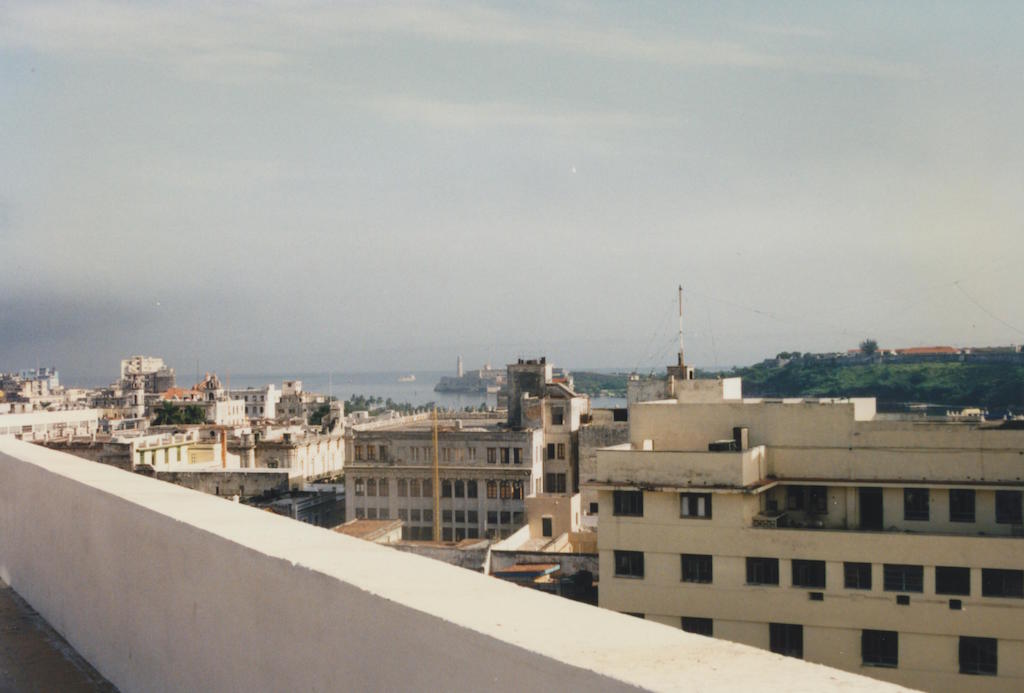 The Communist Party of Cuba (PCC) emerged in the 1970s as the country’s governing institution at the same time that the weight of the military in its Central Committee moved toward the Soviet pattern. At this time, Castro asserted:

The party today is the soul of the Cuban revolution . . . .

The First Congress of the Cuban Communist Party took place in 1975.

Preparations for the conference spurred changes in Cuba’s appearance. Beautification efforts in key areas of the city were carried out through a program of Urban Revitalization implemented by the Department of Architecture and Urbanism of the City of Havana. The use of large murals called Super Graphics — still common in Havana today — and other elements of urban landscape architecture formed key components of the revitalization campaign.

The conference itself resulted in

the full incorporation of orthodox Soviet-style institutions and practices (making the PCC) resemble its Soviet counterpart in both style and substance.

. . . the leading role of the Communist party, subordinate to the ruling leaders but with authority over the government, the society, and the economy, has been asserted with increasing emphasis and is backed up by the provisions of the new Constitution. Its leading role is perhaps clearest in its supervision of mass organizations.

Importantly for urban areas such as Havana, the supervision served to limit the freedom of action of groups like the CDRs or the Cuban Women’s Federation (CWF) as they attempted to respond to the needs of their members. For

whenever mass organizations or economic enterprises have sought to set goals, make policy, or undertake tasks on their own, their wings have been clipped.

The 1976 constitution established a presidential system of government and provided for the election of provincial and local governmental officials across the island. Notably, the USSR is mentioned by name in the Preamble, and many features of the Soviet counterpart were incorporated in the Cuban document.

Carmelo Mesa-Lago states that 32% of the articles of Cuba’s 1976 constitution come from the Soviet constitution of 1936, and 36% from Cuba’s constitution of 1940. Eighteen percent are influenced by both sources with Soviet predominance, and only 13% of articles are at least partially innovative.

The fundamental political bodies introduced in the new constitution closely resembled the Soviet model with Cuba’s National Assembly of People’s Power equivalent to the Supreme Soviet, the Council of State corresponding to the Presidium of the Supreme Soviet, and the Council of Ministers, the judiciary, and the Organs of People’s Power paired with similar institutions in the USSR.

As a result of the institutional changes discussed above, at the end of 1979, Castro stated that after 18 years of revolution the process of institutionalization was basically concluded. Soon the changes dictated by the process were to greatly change Havana’s urban landscape. For example, at the party conference, the government stated clearly that:

. . . it should fill the vacuum in building construction created by the ruralist approach of the 1960s. Housing assumed an important symbolic presence in the city, matching the availability of social services, schools, and recreational facilities. Some of the more noteworthy projects were Jose Antonio Echevarria University Campus, the Lenin Vocational School, Lenin Park, and the Botanical Gardens and Zoo, which were located at the city’s edge. High-rise public housing on the outskirts of Havana not only countered the presence of similar structures in Vedado, but became reference points for the Revolution’s modernization efforts in Havana. These high-rise structures spread to the most unlikely and remote corners of the city. Twenty-story high-rise housing in Havana during the first decades of the Revolution paralleled in many ways Stalin’s location of seven scrapers in Moscow at the end of the Second World War . . . . Soviet planning sought to show new features and rights of the unfolding socialist society.

Socialist housing in Havana was similar to the many complexes that existed in Prague, Budapest, Sofia, Dresden, Stalingrad, and Moscow.