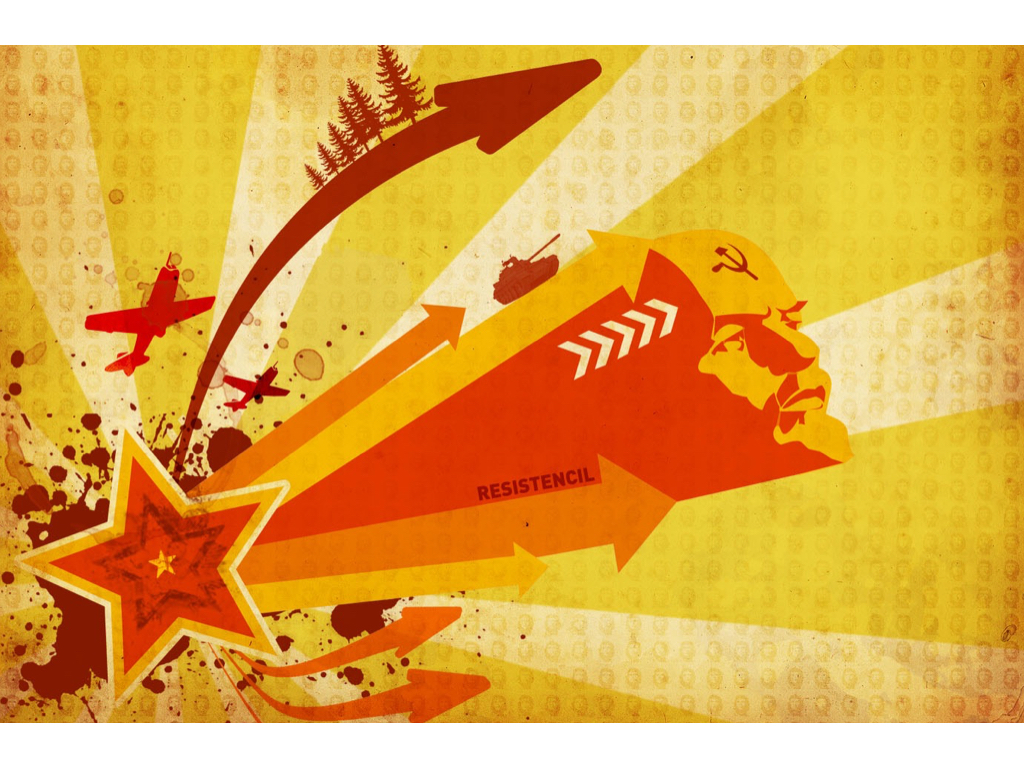 1944: Sam Wood, a prominent Hollywood director and producer, founds the Motion Picture Alliance for the Preservation of American Ideals to confront what he saw as a Communist takeover of Hollywood.  (Sam was best known for directing such Hollywood hits as A Night at the Opera, A Day at the Races, Goodbye, Mr. Chips, and The Pride of the Yankees.)

January 3, 1945: HUAC (the House Un-American Activities Committee) is voted a permanent subcommittee of the US House of Representatives.

February 3-11, 1945: The Yalta Conference with Stalin, Roosevelt, and Churchill is held in Crimea. Roosevelt basically signs over control of Poland, Romania, Czechoslovakia, Hungary, and Bulgaria to the USSR. Consequently, Stalin agrees to enter the war against Japan once the fighting in Europe has ended.

April 12, 1945: President Roosevelt dies. His successor, Harry Truman, is left to handle the Cold War. Right before his death Roosevelt wrote to Churchill saying: “We can’t do business with Stalin, He has broken every one of the promises he made at Yalta.”

April 25, 1945: The founding conference of the United Nations begins in San Francisco. Attendees include all twenty-six states that banded together in 1942 against the Axis, including the USSR.

June 4, 1945: The Daily Worker reports that the National Board of the Communist Political Association has repudiated its wartime policy of cooperation with capitalism.

June 26, 1945: The UN Charter is signed on the final day of the founding conference.

July 16, 1945: The first Atomic bomb is tested at Alamogordo, New Mexico, under the code name Trinity.

July 17-August 2, 1945: Truman takes FDR’s place when the Big Three convene at Potsdam. In the middle of the conference, Churchill is voted out of office. He’s replaced on July 25 by Britain’s new Prime Minister Clement Attlee.

September 1945: A code clerk at the Russian Embassy in Ottowa (Canada), Igor Gouzenko defects with 109 pages of classified documents. He’s been part of a spy ring that collected atomic secrets and sent them back to Moscow. As a result of his revelations, several spies are uncovered, including atomic scientist Alan Nunn May and Canadian Parliament member Fred Rose.

October 18, 1945: Robert Oppenheimer, the head of the Manhattan Project that developed the A-bomb, resigns as director at Los Alamos. He will become quite vocal in his opposition to the development of the H-bomb. In the 1990s, Russian archives reveal that at least twenty-nine Soviet agents penetrated the Manhattan Project.

November 14, 1945: A “U.S.A./U.S.S.R. Allies for Peace” rally, sponsored by the National Council of Soviet Friendship, is held at Madison Square Garden in New York. Among those sending good wishes for the event are General Dwight D. Eisenhower, Katherine Hepburn, and Orson Wells.

November 16, 1945: General Dwight D. Eisenhower testifies before the House Military Affairs Committee that “Nothing guides Russian policy so much as a desire for friendship with the United States.”

January 10, 1946: The first meeting of the United Nations convenes in London.

February 1946: Stalin announces a new kind of five year plan — an arms build-up in anticipation of a military conflict with the Western powers. Some say this is a declaration of World War 3.

February 1946: Earl Browder, acting head of the Communist Party USA since 1930, is expelled from the party for deviationism. In actuality, this meant that he supported the policies of FDR.

February 22, 1946:  The State Department’s George F. Kennan, writing as Mr. X, sends his “long telegram.” It’s really a nineteen page essay that argues that the Soviets are bent on expansionism due to their “traditional and instinctive sense of insecurity.” Kennan advocates a proactive policy of “containment,” and warns that the idea of “peaceful coexistence” with the USSR is a pipedream.

March 5, 1946: As a guest of President Truman, Winston Churchill delivers his famous Iron Curtain speech at Westminster College in Fulton, Missouri: “From Stettin in the Baltic to Trieste in the Adriatic, an iron curtain has descended across the continent . . .”

1946: England’s Alan Nunn May becomes the first atom spy to be tried and convicted of giving secrets to the Russians. He is sentenced to ten years in prison, but serves only about two-thirds of his time.

March 12, 1947: President Truman addresses a joint session of Congress. He calls for $400 million in aid to Greece and Turkey to help them fight off the “encroachment of Communism.” The Truman Doctrine was resoundingly passed.

Thanks to Red Scared a book by Michael Barson and Steven Heller, for the information presented in this post.