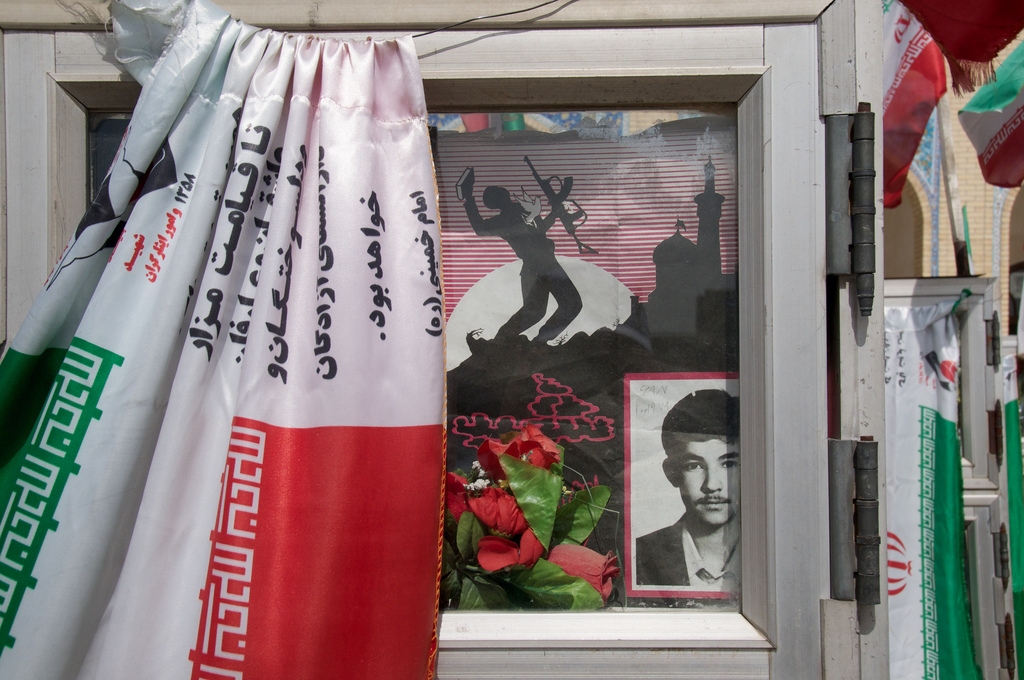 Iran’s constitution, foreign policy, and armed forces changed in the first year after the revolution. The country’s traditional view of warfare changed in the wake of the Iraq invasion.

Rather than the high technology deterrence that the shah’s arms procurement program had been geared toward providing, Iraq’s invasion of Iran called for other tactics.

The war coincided with the new realities created by revolutionary foreign policy and rhetoric. Not only was Iran faced with the practical contingencies of war, but with a need to emerge from the conflict in a manner that would solidify the goals of the revolution.

According to Shahram Chubin and Charles Tripp, the regime had

insisted on the proposition that all the ills of the world — inequality, an unjust international system, exploitation, oppression, the bullying of the weak by the strong — emanated from the ‘arrogant superpowers’ or their agents. In this view, the superpowers were in collusion and were equally guilty. Khomeini saw Iran’s position in particular as the result of a conspiracy between the Shah and the West, to make Iran culturally and politically dependent.

In this view, it isn’t surprising that, in Iran’s view, Iraq’s invasion could only be explained by US complicity and encouragement.

During the first years of the war, low priority was placed on the requirements of the military. Instead, the emphasis was on securing the revolution.

At this time, Iran had a large store of spare parts, and the regime sabotaged its acquisition of arms already paid for but held up by the hostage dispute. Soon, however, because of the almost total reliance on American weapons, Iran found it necessary to look for other suppliers. Still, the country was willing to accept heavy casualties in lieu of superpower assistance.

The Pasdaran controlled military operatios, continuing to reject any sort of relationship with the United States.

At the same time, Iran began to support radical groups like the Islamic Amal, Hezbollah, and Islamic Jihad. These activities were meant to attest to Iran’s regional importance and the continuing outreach of the revolution. Of course, this meant a clash with the United States over terrorism which, in turn, influenced US willingness to resupply arms.

The US tightened its own leakages and blocked third party supplies in an action known as ‘Operation Stuanch’. This position hardened after the bombing of US marine barracks in Beirut.

By 1985, Iran’s situation in the war had deteriorated. An ‘arms for hostages’ deal with the US became public and the US determined to become directly involved in the Gulf by establishing a US naval presence.

By October 1987, Iran had reframed the conflict to depict American involvement:

At the same time, Iran reported that half a million volunteers were prepared for ‘martyrdom-seeking operations’ to resist the American presence in the Gulf. The continued willingness to sacrifice Iran’s human resource potential in battle was quite different from the shah’s determination to employ military-led industrialization as Iran’s development strategy.

Photograph by Alan: Martyrs Memorial at the Mausoleum of Khawje Rabie.