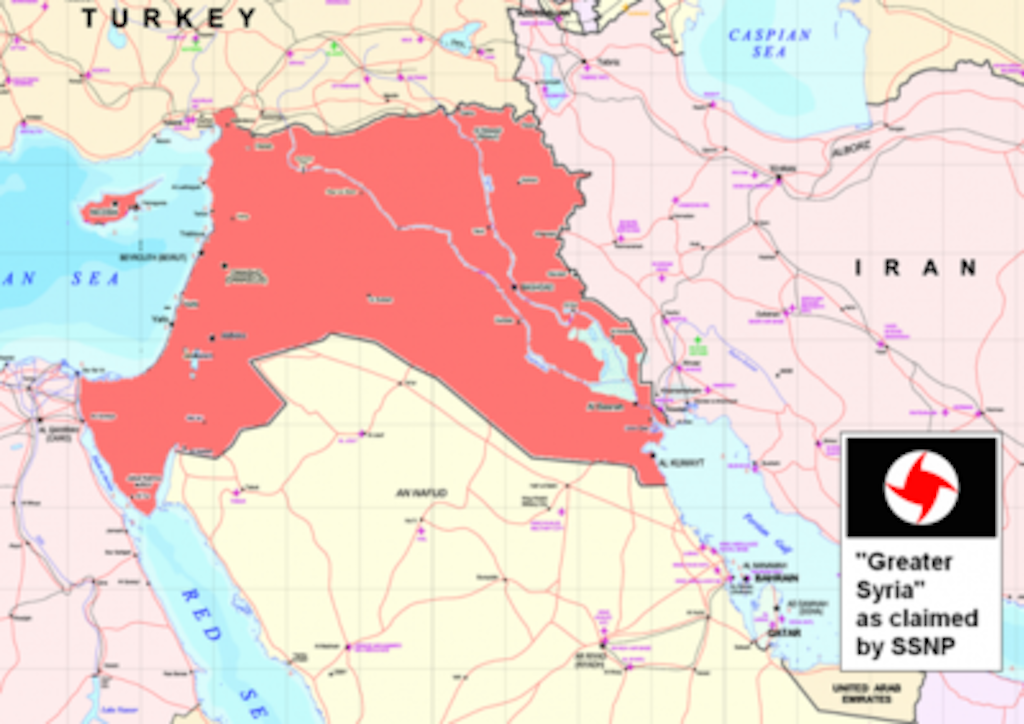 1970: Hafiz al-Asad seizes power. He represents the rise of a new rural elite who claim power at the expense of the established urban politicians and merchants. His regime is authoritarian, based on the military and the Ba’ ath Party. Holding absolute power, al-Asad becomes the object of a personality cult. He adopts socialist economic policies and stands for egalitarian reform. Syria becomes a net exporter of oil.

Early 1971: Al-Asad is elected to a 7 year term as president. He retains the presidency until his death in 2000.  Al-Asad’s government pursues the socialist policies enshrined in Ba’athist doctrine, and is more tolerant of private enterprise than the military regimes of the 1960s.

Al-Asad takes the office of secretary general of the Ba’ ath, combining the roles of head of state and head of the party.

Al-Asad attempts to ensure loyalty to his regime by appointing relatives and trusted associates to key positions in the ruling hierarchy. Alawite officers are promoted to the most prominent commands in the military and security agencies, giving them a stake in the preservation of the regime.

Members of al-Asad’s family are placed in charge of an array of special forces outside the regular military structure. An elite praetorian guard (the Defense Companies) is commanded by the president’s younger brother Rif’at.

The dominance of Alawites in the regime makes it suspect in the eyes of the Sunni majority.

As previously mentioned, the Sunni Muslims who gain appointments in the new power structure are from modest social backgounds rather than from the old urban nobility. So, in addition to its Alawite coloring, the regime has a decidedly rural composition and represents the rise of the countryside at the expense of the former elite class of urban-based notable families.

The goals of the new elite of al-Asad’s state are focused on the needs of their country in its Middle Eastern context and on keeping themselves in power.

1970s: Syria and Iraq engage in a heated rivalry for regional dominance.

Syria experiences an economic boom. The principle of public-sector domination of the economy is retained, but policies are not as stringent as before. Financial aid from Arab oil-producing countries, and increased revenues from Syria’s own modest petroleum industry enable the government to embark on major development projects and to expand the range of state services.

Later, al-Asad’s policies alienate the oil-rich states and the country’s economy suffers. The government is forced to introduce austerity measures. There are also internal problems:

Syria’s economy shifts from primarily agrarian based — the country’s leading cash export was cotton — to one dominated by the service, industrial, and commercial sectors. Oil replaces cotton as the main source of foreign exchange.

Al-Asad prioritizes improving the living conditions of the peasantry, but the regime’s efforts to manage agricultural production aren’t particularly successful. Cotton production increases substantially in the 1970s. The cultivation of food crops is sluggish and doesn’t keep pace with consumer needs. Syria is forced to import constantly increasing supplies of food.

The long-standing rivalry between Syria and Iraq intensifies when both states come under the rule of different factions of the Ba’ath Party.

Late 1970s: Syria’s population growth rate (3.7% per year) is among the world’s highest, and its illiteracy rate remains at 50% despite attempts to improve. The classroom provides a forum for indoctrinating students into the Ba’athist ideology. The system is designed to instill obedience to authority and devotion to the principles of the party, especially at the university level.

The al-Asad regime pushes ahead with social reforms. It makes a public commitment to female equality, legislating equal rights and privileges for women. However, conservative social attitudes continued to limit women’s participation in the workforce. At the same time, the regime also imposes political rigidity, cultural uniformity, and intellectual obedience. Contradictions aplenty.

Al-Asad spends enormous amounts on military equipment to support his claim of regional superiority and to confront region enemies — especially Israel. Syria’s principle arms supplier is the Soviet Union. The Syrian armed forces grow from 50,000 in 1967 to 225,000 in 1973 to over 400,000 in the early 1980s.

1973: The Syrian government introduces a new constitution that provides for an elected assembly known as the People’s Council. Still, the constitution provides the president with such sweeping powers that the assembly is little more than a symbol of democratic government.

The most controversial aspect of the constitution is its omission of the usual clause requiring the president of the republic to be a Muslim. Consequently, the Sunni majority within Syria perceives that the regime is secular and sectarian (Alawite). They organize protest demonstrations in major cities.

Al-Asad backs down and arranges for the insertion of a clause calling for a Muslim president. He also arranges for a prominent member of the Shi’a ulama to issue a decree affirming that Alawites are Muslims. Obviously, sectarian tensions were continuing to play a role in Syrian political life.

Syria commits to achieving military parity with Israel. This will make Syria the most powerful state in the Arab world. Al-Asad’s goal is to dominate the states that fall naturally within Syria’s orbit — Lebanon and Jordan as well as the PLO.

October 1973: On Yom Kippur, the holiest day in the Jewish calendar, the Egyptians and Syrians launch a sudden attack on Israel. The attack drives the Israeli Army back. The Israelis counterattack, surround the Egyptian Army in the Sinai, and threaten to invade all of Egypt. Al-Asad’s overriding concern is to recover the Golan Heights, the territory that Syria lost to Israel in 1967. He wants this to be done on the battlefield, and finds a willing ally in President Sadat of Egypt. The effort ends in defeat for Syria, but the new Syrian army performs capably. NOTE: Egypt eventually abandon the campaign against Israel; Sadat signs an Egyptian-Israeli peace treaty in 1979.

1976: Syria intervenes in Lebanon on behalf of the Maronite Christians against the leftist Muslim-PLO alliance. Syrian forces become bogged down in a costly and indecisive military occupation.

Mid 1970s: Syrians are not happy with al-Asad’s intervention against the PLO in Lebanon and his support for Iran in its war with Iraq. His government is almost toppled. Other factors in play:

Opposition is centered in the old commercial cities — Aleppo, Homs, and Hama. It is spearheaded by young militants associated with the Syrian branch of the Muslim Brotherhood.

Late 1970s: Anti regime forces intensify their activities, mainly through a campaign of urban guerilla warfare against the government. Activities include the formation of an Islamic Front whose aim is to overthrow the regime and establish an Islamic state in Syria. Security forces crack down, but violence spreads.

1979: The Iranian Revolution brings a militant Shi’a Islamic regime to power under Ayatollah Khomeini and increases the tensions between Syria and Iraq.

Early 1980s: Syria is devoting over 20% of its gross national product (NP) to military expenditures. The arms purchases strain the country’s economy and consume funds that might otherwise be invested in domestic projects.

1980: Hussain sets out to destroy the new Iranian regime by launching an armed invasion. Most Arab states support Iraq, but not Syria. Instead, Al-Asad sides with Iran. He chooses to see Khomeini’s regime as a protest against the US-Israeli order.

Mid-1980s: Syria is in a position to ensure that no Arab-Israeli peace settlement can be negotiated without her participation and that any peace proposals from other parties can be sabotaged by Syrian action.

1980: The Islamic Front destroys government installations in Damascus as the protest movement begins to take on the features of a full-scale rebellion.

1982: Anti regime forces seize control of parts of the city of Hama and call on all Syrians to join in a jihad against the government. Al-Asad responds to the rebellion with brutality.

The Syrian military launches a deadly campaign against Hama and its civilian population. At least 10,000 inhabitants are killed before the military operation is halted after 2 weeks. The events serve as a warning to other potential dissidents.

1983-1984: As al-Asad recuperates from a heart attack, his brother, commander of the elite Defense Companies, makes a bid for power. Asad manages to prevent violence and reassert his authority. His brother is edged out of power and eventually out of Syria.

It becomes clear that al-Assad is unpopular and that his authority rests on the loyalty of the armed forces. The regime becomes more and more repressive. A personality cult develops around the president.

MAKE SURE TO READ PART I OF OUR SYRIA TIMELINE.